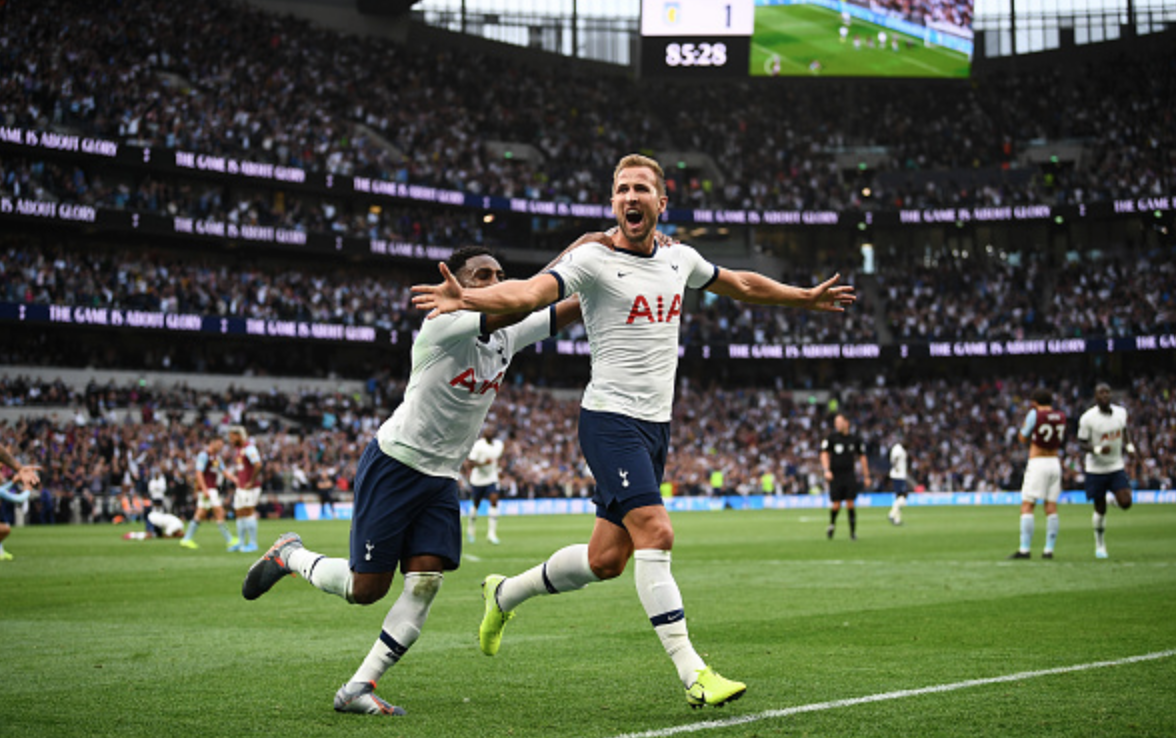 After over an hour of tremendous defensive work by the Premier League newcomers, Aston Villa finally buckled under the pressure as Spurs grabbed three points at the Tottenham Hotspur Stadium.

Villa took the lead within ten minutes of their return to the top division. From Villa’s goal kick, Spurs’ jagged defence allowed a direct long pass from Tyrone Mings to cut through the team and it was picked up swiftly by John McGinn, who calmly slotted home after Danny Rose overshot his challenge in the box.

What came next for almost the entirety of the rest of the match was a barrage of attacks from the home side. But for the most part, Aston Villa were able to match the intensity with their excellent defending. Tyrone Mings, in particular, made an unbelievable amount of blocks to stop Tottenham from troubling Tom Heaton in goal.

In the second half, Spurs ramped up the pressure but the most common conclusion to any of their relentless attacks were shots off target – many of their attacks fizzled out to nothing. Christian Eriksen entering the field was the turning point, and suddenly Spurs looked certain to score.

And score they did, through the new boy Tanguy Ndombele. Lucas Moura teed up the £54 million man, who generated extreme power with the inside of his boot to curve the ball past Heaton, who had made an excellent save just seconds before.

Continuing last season’s trend of scoring in the second half, Spurs were able to edge in front on the scoreline with five minutes to spare. An unfortunate ricochet between Engels and Mings meant that Harry Kane had the opportunity to smash the ball into the net from roughly eight yards out.

Kane secured the win a few minutes later with a characteristic finish into the bottom right-hand corner, Sissoko supplying the assist.

Spurs, as usual, had multiple injury concerns heading into the opening Gameweek – Alli, Davies and deadline day signing Ryan Sessegnon were all sidelined, as were Foyth and Son, who are suspended for one more game due to both picking up red cards in the same match at the end of last season.

However, Vertonghen was a surprise omission from not only the starting XI, but the bench as well. Spurs boss Mauricio Pochettino offered little insight into the reasoning behind this decision, perhaps a suggestion that it may be more than injury keeping the Belgian out of the squad. Pochettino simply implied that he chose the squad he thought was best for the match.

Nevertheless, Spurs eventually got the job done without a few of their star players – a testament to the gradually increasing depth that Pochettino has to work with. Their next challenge will be vastly different however – Manchester City will really test the worth of Tottenham, who will be without Son, Foyth and probably a few others.

While Aston Villa were splashing the cash over the summer transfer window, you couldn’t help but think about a similar spending spree that Fulham indulged in the same time last year. The Cottagers had also been promoted through the playoffs and the money generated by winning the final meant they could bring in a host of talented players to the squad.

However, they quickly learned that bringing in numerous top quality individuals is irrelevant if the team itself can’t gel properly. Fulham, while scoring regularly, were leaking goals week in week out. During the summer transfer window just gone, there were fears that Aston Villa were going down the same path.

Although they shipped three goals in the end – something which tiredness may have had an impact on – Villa looked incredibly secure at the back for the majority of the match and Spurs were having a lot of trouble testing Heaton in goal. If they continue to play with this sternness, and mount enough attacks like the one that led to their goal on Saturday, then Aston Villa shouldn’t have any trouble staying up this season.

With Christian Eriksen not signing a new contract extension with Tottenham, a few rumours have been swirling about a potential move away from the Premier League to Real Madrid, as European clubs are still able to buy players from the English leagues. Losing Eriksen would be a big loss to Spurs no doubt, but you wouldn’t blame the board for cashing in on the Dane before his contract runs out in a year’s time.

Eriksen’s quality has been evident from day one of his time at Spurs and, although he arguably had a slight dip in form last season, he made a clear impact after coming off the bench during the second half of Saturday’s match. He became a much-needed instigator of attacks and seemed to be the missing gear that prevented Spurs from creating many meaningful chances in the box.

Not only this, his corners and set pieces were much improved to last season – something he was criticised for after being labelled as one of the best set-piece takers in the league a couple of years ago. He came close to finding the net with a free-kick on the edge of the box but for a fine save from Heaton. Granted, Spurs may be able to cope without Eriksen, but they’d be hard-pressed to find anyone like him.

Spurs leaving themselves open in the first half

Despite mounting a huge effort to win the game, Tottenham are still open to criticism on the basis of this match. In the first half in particular, Aston Villa were able to exploit numerous gaps in the Spurs defence and they could have had a small handful of goals before half time.

Tottenham may have looked more secure in the second half, but this may just be an illusion due to the fact that Villa sat back and defended their lead as Spurs piled on the pressure. It was far too easy for Mings to carve a pass through to McGinn which led to the away goal.

So Spurs have a focal point to work on during the week and hopefully the boss will make sure his players don’t leave such open gaps if they aren’t certain to keep the ball. On occasions, Aston Villa looked more threatening from a Spurs corner than Spurs did themselves. Pochettino may also want to consider bringing Vertonghen back into the starting XI next week when they face the champions.

One man who ended up on the wrong side of the scoreline after a brilliant performance was Aston Villa centre back Tyrone Mings, who made a total of five blocks and two interceptions. The 26-year-old was well on the way to getting the man of the match award until Harry Kane came along to ruin Villa’s day.

The former Bournemouth defender stuck to his position very well and was in the way of many of Spurs’ attacks, also encouraging his defensive teammates to do the same. It was a shame that Villa weren’t able to hold on to their lead and keep the clean sheet.

If Mings continues to perform in this manner, he may be picked up on Gareth Southgate’s radar for an England call up at some point in the future, especially after his instrumental role during Villa’s promotion campaign last season.

Man of the Match – Harry Kane

Although a little quiet for much of the match, when Kane had the ball he was consistently able to do something creative with it. When it came to the big moments he delivered, particularly with his sublime finish for the second goal.

Spurs will tackle a slight step up next Saturday as they travel to the Etihad to take on Manchester City, while Aston Villa are up against Bournemouth at home earlier in the day.