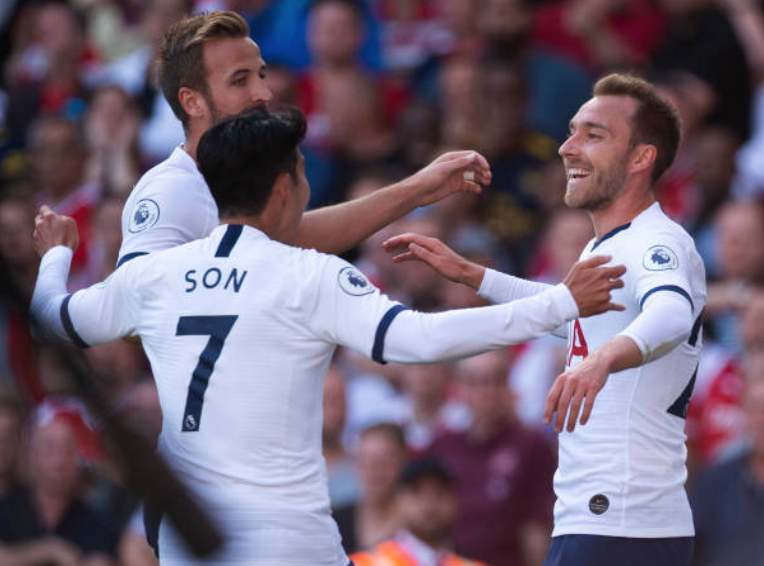 Crystal Palace travel across the Thames to north London to face Tottenham Hotspur, with the visitors finding themselves two points above Spurs after four games.

Going into the international break, it’s clear to see which manager would have been the happiest with their current situation. Mauricio Pochettino’s Tottenham have not managed to force a win since the opening day of the season against newcomers Aston Villa. The Lilywhites were able to squeeze a point out of the away ties with Manchester City and Arsenal, but could not find a way through Newcastle’s defence at the Tottenham Hotspur Stadium three weeks ago.

Now that the break is over, fans will be anxiously waiting to see if Tottenham’s defensive problems have been addressed, especially after the team were so easily able to squander a 2-0 lead in their last game at the Emirates.

Davinson Sanchez has been far from his sparkling best throughout the start of the new season and has been picked out as the reason for conceding goals on a few occasions. We may see the Colombian dropped to the bench this weekend with Alderweireld and Vertonghen occupying the central defence.

Many of Spurs’ players have been away on international duty with most making good use of their call-ups. Harry Kane netted four times in England’s two European qualifiers, with Toby Alderweireld also scoring for Belgium – even Moussa Sissoko managed to strike the bar for France. Pochettino will hope that his players have found a bit of renewed confidence going into Saturday’s match with their London rivals.

Crystal Palace have amounted seven points during their first four matches, putting them in a promising fourth position – an unusual situation for Palace to be in when you consider their starts to previous seasons. In fact, the Eagles have not found themselves in the top ten after four games since 2014.

Although only scoring three goals themselves, Palace have the best defensive record so far in the Premier League, conceding two goals and keeping two clean sheets. Roy Hodgson’s men have won their last two league matches, with a disappointing second-round exit to Colchester United in the League Cup sandwiched in between. The manager will be looking to take their winning momentum to North London in the hope of keeping themselves in the top four.

Hodgson will be weighing up the options for Saturday’s match – to either put a strong emphasis on the use of Zaha and Ayew up front, with the latter currently on a two-game scoring streak or soak up the pressure from Tottenham with Cahill and Sakho holding the fort in central defence. With Tottenham finding it difficult to net against Newcastle in their last home game, Palace may look to go ahead quickly themselves and hold on to a lead.

As usual, Tottenham currently have a plethora of injuries on their hands ranging in severity. The latest blow involves loan signing Giovani Lo Celso, who picked up a hip injury during international duty for Argentina. This means that all three of Spurs’ main Summer signings have endured early-season injuries.

The others are Ryan Sessegnon and Tanguy Ndombele, who have respective hamstring and thigh injuries that will keep them out for at least Saturday’s match against Palace.

As for the visitors, their squad is almost at their full complement, with three injury concerns to be wary of. Scott Dann was not quite ready to face Aston Villa on the last day of August but is expected to make an appearance this Saturday. Martin Kelly had to be taken off in that match and although the injury may keep him out against Spurs, it is not thought to be too serious.

James Tomkins, who has been out with a groin injury since April, looks set to make a return on Saturday, with Hodgson expecting the defender to be fully recovered in time for their fifth league game of the season.

On home ground, Spurs should be able to muster up the ability to break through the Palace defence, but it may take until the second half to do so. Palace certainly won’t make it easy for Tottenham and will likely test the opposition back line themselves.