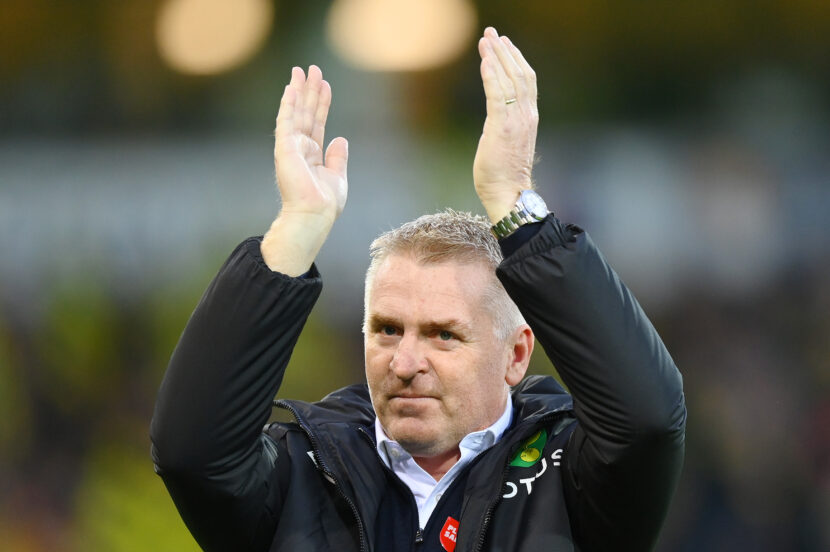 Tottenham’s third home game in a row sees them take on Norwich City, wh0 are undefeated in four matches.

The improvements that Antonio Conte has implemented in North London were again put on display in midweek. However, the developments have been baby steps and there hadn’t been evidence of security in a positive scoreline since the Italian took over. That was until the second goal went in for Spurs on Thursday, shortly after waves of excellent attacking situations were squandered due to sloppy final balls. The number of shots on target is perhaps the biggest encouragement the fans could ask for. Six shots on target against Brentford was a major statistic given the horrendous spell of Premier League minutes Spurs endured without a single one.

The other striking figure is also the most important one – the points tally. 22 points have propelled Spurs to sixth place and, had they have had the chance to clinch three points from the postponed Burnley game last weekend, Antonio Conte would have steered his team to the Champions League positions. Considering the substantial lack of confidence Spurs have demonstrated at times, the future is suddenly looking much brighter, and the football much better.

Oliver Skipp had a pivotal role to play getting Norwich back into the Premier League while on a loan spell at the club. However, his parent club Tottenham were watching intensively and have rewarded his displays with increased minutes in the top division. As a result of his midweek performance, Oliver Skipp is now in contention to be granted another start against his former teammates. The young Englishman was often the pivot in midfield, and that kind of attacking baseline could be invaluable in a game shaping up to be an entertaining show.

While Norwich’s results have been much more promising to look at, last weekend’s action felt like a step backwards for the Canaries. Newcastle were down to ten men within the first ten minutes of the match, yet Dean Smith’s men couldn’t mobilize the situation to their own benefit. In fact, it took a goal from the numerically disadvantaged side for Norwich to summon a goal for themselves, and the game tailed off to a 1-1 draw. Of course, the relegation battlers will take any point they can get, but it was undoubtedly a missed opportunity to take advantage of an early ‘six-pointer’.

Dean Smith is still a relatively fresh arrival to the Norwich coaching staff, so he could possibly be excused for any personnel mistakes made so far. Injuries in the attacking midfield position have not helped the situation but Josh Sargent, who has been granted plenty of starts this season, is looking like a weak link in Norwich’s frontal efforts. The young winger has not been able to provide for Pukki at all, and perhaps it is a good time to give someone else a crack at the position. Adam Idah has not started a game this season, but has shown glimpses of promise. A formation change would perhaps be required to accommodate the Irish international but, given the opportunity, Idah might bring a fresh wave of enthusiasm to the squad.

Teemu Pukki has established himself as a well-recognised and potent goalscorer, despite having concerning long spells of inaction in the top flight, particularly during Norwich’s return a couple of seasons ago. The Finnish striker has been firing on all cylinders of late however, bagging three goals in the last four. The gulf in class between the Premier League and Championship is stark looking solely at Pukki’s goalscoring figures, but the 31-year-old’s clinical finishing is there for all to see, and this gives him a chance of breaking through a much-improved Tottenham defensive line.

Cristian Romero remains a significant absentee in the Tottenham back line, while fellow Argentinian Giovani Lo Celso also continues to recover from a long-term injury. Both have been out of action since the latest international break. Other than this pair, Spurs have a full roster of starters going into the weekend.

A number of key attacking players remain out for Norwich, including Mathias Normann, who has had some treatment for his pelvic injury that will hopefully see him return next weekend against Manchester United.

Milot Rashica will likely be out until the end of December with a groin issue. Sam Byram’s hamstring issues have kept him out since February 2020, but the 28-year-old has featured in some of Norwich’s youth games, and a full return to action may not be so far in the future.

Also missing is Christoph Zimmermann, who has not recovered from an ankle injury picked up in September.

Spurs have had an injection of confidence since Antonio Conte the perfectionist took the helm in North London. Norwich are a fragile side this season, and could fall victim to the effective wing-back system the Lilywhites have in place.