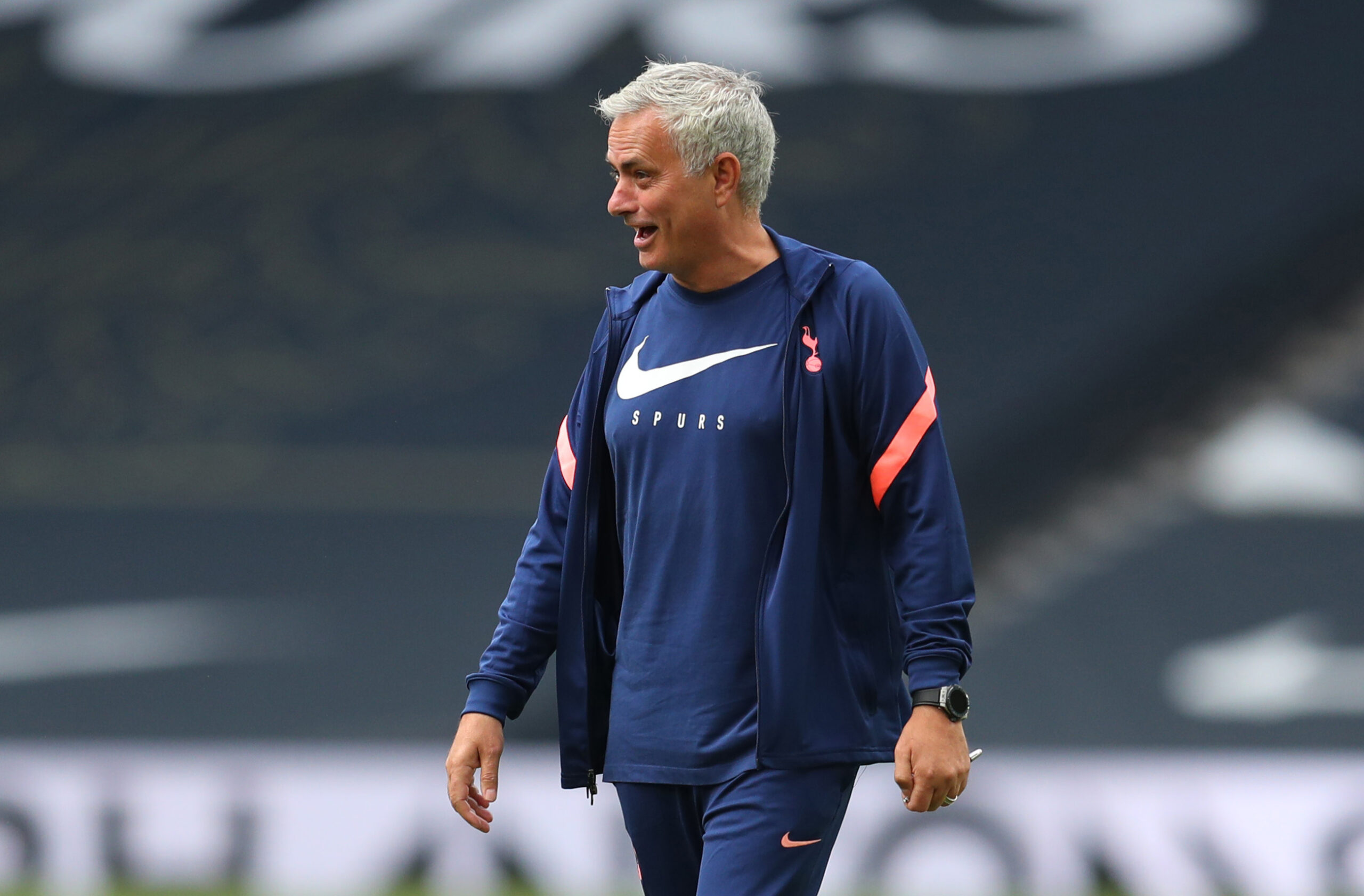 Tottenham host Everton in one of two fixtures this Sunday as Mourinho welcomes Ancelotti to London. Two teams with two managers starting their first full season in charge of their respective clubs and both looking for that all-important winning start. Mourinho vs Ancelotti; you’d be forgiven to think this was a meeting of two of the best teams in the world or on the biggest stage of them all, but instead between two of England’s most notorious underachievers in recent decades.

It’s been a relatively quiet transfer window for Tottenham so far, with many new faces still expected to walk through the Tottenham doors. But so far I believe Mourinho can be happy with his early business. Pierre-Emile Hojbjerg and Matt Doherty may not be the world-renowned superstars you’d expect to see when Jose Moutinho took over but they’re just what the doctor ordered for his tactical setup.

Time and time again last season we saw Tottenham struggle to control games from their midfield or see teams press the Lilywhites into mistakes. The club has a new great Dane and great he could be. An astute midfielder, who’s strong in the tackle and aggressive on the pitch. If you’ve been watching the new All or Nothing documentary, you’ll know aggression is certainly what Jose is looking for.  Also very comfortable on the ball, he brings a Dembele-like presence back to the midfield, a role he was looking to fill and failed with his persistent use of Eric Dier last season.

Next is the signing of the 28-year-old Irishman, which shocked many fans around the club. Not the first name on the list of right-backs you’d have expected to wear the white of Tottenham Hotspur this season, but a shrewd move from the club. A common theme amongst Tottenham fans last season were the calls for Serge Aurier to be shipped back to France, whose cross completion rate was a minuscule 15% in the Premier League. He lacks a clinical presence in the opposing half, with his defensive ability little to be desired. Sorry for the spoilers, but there’s a reason Mourinho singles Aurier out in the recent documentary, saying he scares him in his own penalty area; something I doubt you’d hear in regards to the Irish international.

Someone who’s just as capable defending as going forward. Mourinho persevered with pushing Serge Aurier high up the pitch, who often found himself in great positions, but not producing the goods. If he wants to mirror this tactical style, then a defender who touched the ball in the opposing penalty area more than any other last season could be the missing link, but only time will tell.

As for Everton, they’ve seen three new faces walk through the door in the last week, all of whom have something to prove. Starting with the once World Cup Golden Boot winner James Rodriguez, the Columbian has failed to live up to expectations in recent seasons. Whether it’s a combination of a small fish in a big pond at Madrid or maybe the World Cup was his peak, his performances suffered and was surplus to requirements at the European giants this summer.

A big name to join the Ancelotti project, you can expect plenty of shirts to be sold, but can we expect big things from the once £63 million man? It’s the other two signings which makes me believe this is possible. Doucoure and Allan, two players which makes it clear to me how the Italian wants to play this season. Four in the attack, with these two offering protection to the defence. Two extremely physical players, they’ll allow the more creative players such as Rodriguez and Richarlison more freedom in attack and hopefully more goals.

Allan, the more defensively minded player of the two, like Hoibjerg for Tottenham, fills an obvious gap in their midfield. Doucoure can do the same job, but also offers another outlet in attack. He’s a powerful runner with the ball and an intelligent reader of the game when arriving late into the penalty area. I highlight the most recent match between these two in the previous season and it was as if the Everton attack were unable to make an impact due to a lack of possession. The midfield showed very little aggression to win possession of the ball and it was very easy for a sluggish Tottenham on the day. With these two additions, they should help the attacking quartet flourish, James Rodriguez in particular. He’s a proven goalscorer, with a creative presence which should see the promising Richarlison and Calvert-Lewin prosper. Could Everton be the dark horses this season?

After Harry Winks was forced to withdraw from the England squad with an unspecified reason, he remains a doubt for this weekend’s fixture, though has been seen in training this week. Without a preseason behind him, I think Mourinho will be looking to put his trust in Sissoko for this weekend’s fixture. Lo Celso has not featured in any pre-season game and is likely to absent again this weekend, with doubts always hovering over Ndombele’s fitness. Other than that, Tottenham have a fit side to choose from, with Eric Dier’s four-game suspension for his altercation he had with his own fans ending. It’s the first time in a long while where injuries are not a major concern for the club.

There are however some concerns over Harry Kane, with many fans worried after his recent performances for England. Many seem to have highlighted the player’s fitness, but it looks to be an easy excuse to hide the fact England were poor all over the pitch. Harry Kane was looking sharp at the end of last season and I’ve seen nothing to suggest otherwise going into this fixture.

Ancelotti enters this weekend’s fixture with a dilemma building in the centre of his defence. Holgate picked up a knock in the last preseason fixture with Mina absent from the game altogether. Branthwaite took full advantage of Everton’s injury concerns at the back near the end of last season, but he too picked up a knock in the previous fixture. With Keane the only fit central defender, Ancelotti may have to look to youth again to fill the void.

This may see the manager alter his tactical set up for the trip to North London. With three new faces to choose from, James Rodriguez may be saved for a later date if a defensive approach is used. A luxury player Everton may not want to risk at such an early time in the season, with an already depleted defence. Allan and Doucoure on the other hand look far more likely to start. I’d imagine one of the two will partner Gomes in midfield, though all three may feature with defending in mind. Tottenham will more than likely dominate possession, looking to patiently carve out opportunities. But a midfield trio could be the answer to disrupting this patient play and see them steal the points on the counter.

Last time these two met, an own goal decided the match in what was a hard game for any fan to watch. Both sides were sluggish and offered very little creativity. But with the recent additions to both sides, I see a much more energetic game on the cards. Both sides have added aggression to their midfield which should up the tempo.

For Everton, it’s key they don’t concede early on, as I believe their creativity and energy in midfield will only improve as the game goes on. The more Everton have to commit to salvage the game if they fall behind, the more Tottenham’s pace and attack will make them pay. And this is exactly how I believe the game will pan out. Tottenham scoring early and clinching the match with a second goal late on. Now Mourinho has had an elongated amount of time to work with his players and drill in his tactual mindset, I expect to see a tight-knit defence, typical of a Jose side. I look at Everton as a team who will grow into the season, once any potential and current new signings have become familiarised with the Ancelotti project.