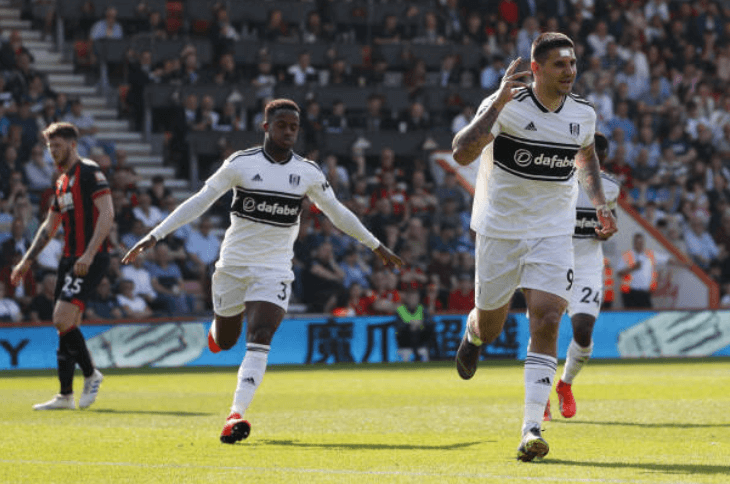 Fulham and Huddersfield became the first two teams to lose their Premier League status for next season a few weeks ago and 90MAAT takes a closer look at what players from the respective squads, alongside others from relegation candidates could be making a move this summer.

Despite signing almost an entirely new starting XI in the summer, neither Jokanovic nor Ranieri could save Fulham, who were shipping goal, after goal, after goal. In retrospect, it was perhaps the overdose of new arrivals that led to Fulham’s downfall, for they couldn’t seem to figure out their best formation, or their best starting XI.

Huddersfield had defied the odds by staying up last season, and they were favourites for the drop this time around. Ergo, it is of little surprise that the Terriers lost out, with some going as far as calling them the least impressive side to ever feature in the league.

Cardiff City were also firm favourites to go down, but manager Neil Warnock deserves great credit for keeping them alive yet with three games to come.

Brighton have been pulled into the relegation dogfight a tad unexpectedly too despite last season showing vestiges of hope for a mid-table challenge. However, a dismal run of form has seen them crash out of the FA Cup and go on a horrid run of form in the league.

Historically, we have seen the Premier League clubs raid the newly demoted ones for their top talent at cut-price deals, with Xherdan Shaqiri being a prime example from last season. Here’s a look at the players who may be headed for a similar route this time around:

Aaron Mooy signed for Huddersfield from Manchester City two seasons ago and he was just about the only bright spot in a rather lacklustre Huddersfield side, pulling the strings from a deep position, as part of a double midfield pivot. This season, a 52-day injury meant he was unable to orchestrate the attack and reinforce the defence, and the Terriers paid the price.

Having impressed all through last season, I wouldn’t be surprised to see him snapped up by the likes of Newcastle or Southampton.

Billing has been about the only consistent Huddersfield player this season, retaining the ball, protecting it and keeping it moving from a defensive midfield role. His 2.7 tackles and 1.5 clearances per game in addition to a near 80% pass completion wouldn’t have gone unnoticed with other Premier League executives.

It wouldn’t be surprising to see the likes of Burnley make a move for him; he fits their style – a hard-working, defensively sound, physically imposing midfielder who does the necessary ground-covering every 90 minutes.

Zambo Anguissa is a player who reminds me of Victor Wanyama at Tottenham. A big, physical presence in midfield, he knows how to break up play and win the ball back, but his decision making is erratic. On the ball, he is conservative (0.3 key passes and 0.1 crosses per game), but not erroneous in his passing (near 87% pass accuracy).

I think he could be an asset for a side like Burnley or even Crystal Palace, but work will be needed on the training ground to mould him into a player that is more composed on the ball and reads the game a tad better.

A bidding war over Alexander Mitrovic will perhaps be the least surprising deal touted in this piece. The Serbian striker has really impressed on all fronts this season, with his goalscoring and hold-up play being utilised endlessly by Fulham. However, until recently, Mitrovic has no one else to share the goalscoring burden, and the London based outfit were repeatedly shipping in excess of what they could score.

Mitrovic should have no trouble getting suitors from the likes of even Leicester City, Crystal Palace or even Everton. I’d personally love to see him at Watford, for I believe he suits their style of play fairly well.

This was the season where all eyes would have been on the young full back/converted winger. Once hailed as the next Gareth Bale, potential suitors were excited to see what the youngster could produce at the highest level of English football.

Two goals and six assists represent a respectable return, especially when you put into context that it accounts for exactly 24.24% of all of Fulham’s goals scored this season. I don’t think the league’s elites will be eagerly taking out their cheque books just yet, but he shouldn’t have any difficulty finding a side that suits his style of play and can offer him first division football on a consistent basis (Bournemouth and Southampton under Hasenhuttl come to mind).

Both players arrived at Fulham on the back of impressive campaigns, with Nice (in Ligue 1) and Arsenal, and while Chambers impressed a little, Seri just didn’t have the impact that was expected of him. Despite coming on the back of disappointing seasons, it is likely that clubs could come in with offers for either of the pair. Tom Cairney is also an outside choice, but his injury record is likely to put off potential suitors.

Neil Etheridge had an outstanding start to life in the league, with two penalty saves in his first two matches. Life went downhill thereafter, but he showed his ability to be an able back-up (or even starting) goalie for any of the non-top six sides.

These two have formed a formidable, ever-present centre half pairing for the Seagulls. Should Brighton suffer the drop, I expect several clubs to be in for the pair, with Everton a plausible destination.

They’ve made 32 and 33 appearances respectively so far, so fitness clearly isn’t an issue. Averaging 2.3 tackles, 2.4 interceptions and 11.8 clearances per game as a pair, it will be least surprising to see them don the colours of a different PL outfit next season.

Pascal Groβ lit the league on fire last season, but he failed to replicate his exceedingly high standards this time around, perhaps owing to a slight tweak in Chris Hughton’s ideology (and consequently his starting XIs). He’s featured only 21 times in the league this season, compared to a whopping 38 last time!

Being out of favour may prompt an exit regardless of Brighton’s league status next season, but as it stands, Groβ would be a smart acquisition for the likes of Leicester City or Bournemouth.

Izquierdo was exceptional for Brighton last season, but not unlike Groβ, has seen his game time drastically diminish this season, due to injury unfortunately.

I wouldn’t be surprised to see even Arsenal gamble on him finding his form once more after a summer of rest. He would make an able challenger for Iwobi’s position for the Gunners. Additionally, Crystal Palace would do well to snap up a direct rival’s player, to reinforce a key position. Even Watford could do with signing him to replicate the threat – on the left flank – that Gerrard Deulofeu poses on the right.