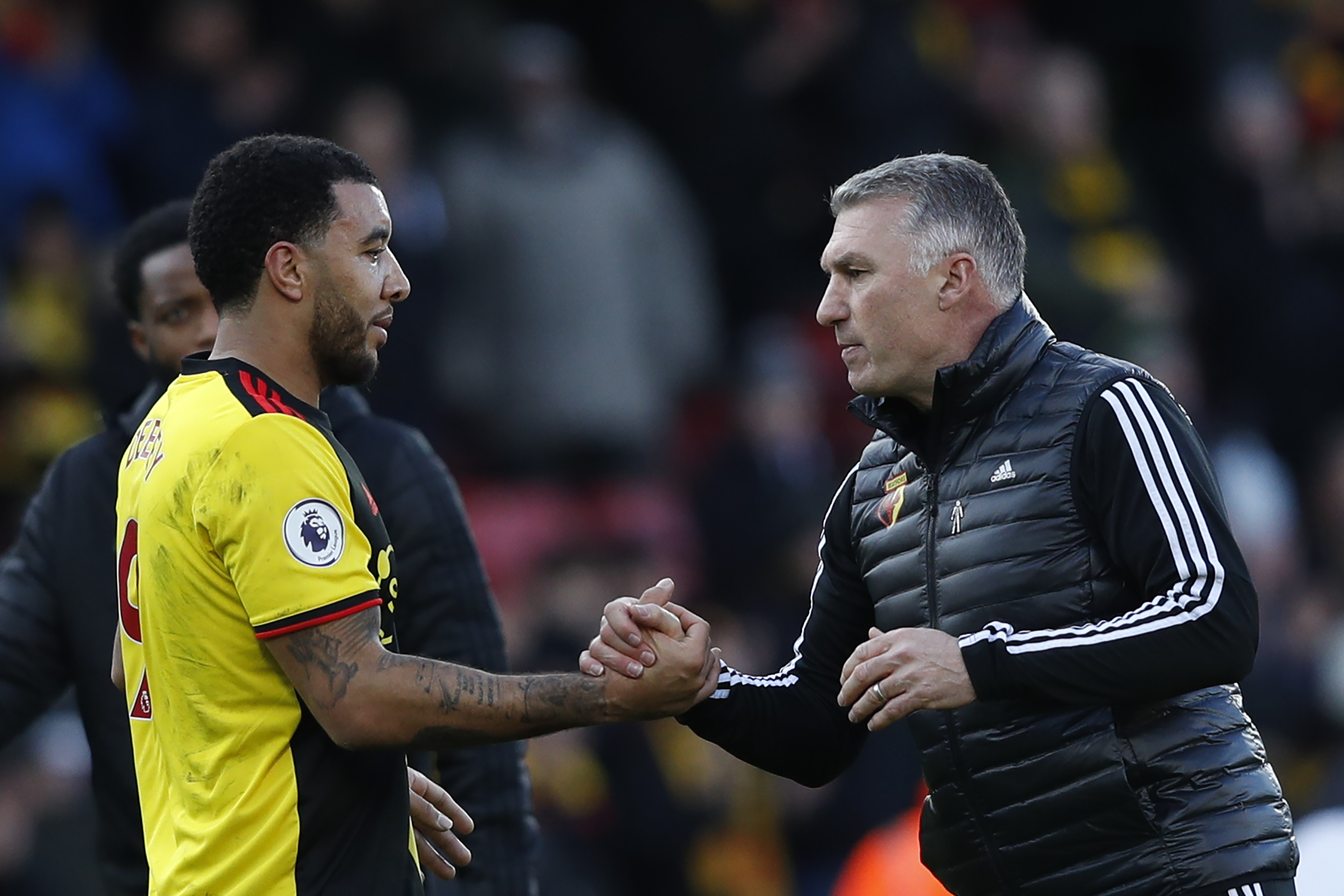 Watford and Spurs played out an energetic goalless draw at Vicarage Road, with Nigel Pearson much the happier of the two managers as Jose Mourinho searches for his first win since Boxing Day.

The match included various stages of pressure from both teams, with both sets of defenders under the cosh at certain periods of the match. The home and away team had first half and second half chances to get a crucial goal but neither possessed the quality to steer the ball into the net.

Dramatic moments littered the second half as tempers flared. Harry Winks and Abdoulaye Doucoure were both shown yellow cards after a tussle which looked to border on a red card offence for the latter, who certainly showed significant physical aggression to a number of Spurs players during the 90 minutes.

Later on in the half Deulofeu’s shot was blocked by Vertonghen’s clearly raised arm in the box and VAR was never going to be needed for Michael Oliver to point to the spot. Troy Deeney stepped up against Gazzaniga between the posts, but the goalkeeper came out on top with a save to parry the ball well away to the left.

Tottenham themselves came agonisingly close to a stoppage-time winner as a scrambled effort from Lamela trundled helplessly towards the goal. Watford’s new signing Ignacio Pussetto was able to clear off the line – if he had let the ball roll 10.04cm further then Spurs would have had three points in their lap.

In the end, the scoreline rather understated the intensity of the match, with both sides having easy chances to open the scoring all afternoon.

Nigel Pearson’s presence at Watford has had a huge impact on the squad, with the Hornets now on a seven-game unbeaten run in all competitions. In terms of the league table, there’s still plenty of work to be done but if you consider where Watford were before Pearson took over, the turnaround in form is nothing short of spectacular.

On Saturday, the Watford manager clearly knew that Spurs had been gaining some confidence from the last couple of performances, albeit without managing to ripple the net nearly enough. Watford’s defence clustered together in an organised fashion, not allowing enough space for a clear shot on goal from any player in a white shirt.

A renewed passion has made its way through the squad, as Watford ended up posing the majority of dangerous threats but, like their opponents, had a hard time getting a reward for it.

The main positive for Jose Mourinho from this match is that his team seemingly defended better than many instances this season. The signs of improved defensive awareness showed against Liverpool last week, but on Saturday the clean sheet really showed for it.

Despite receiving a clumsy early yellow card, Japhet Tanganga was able to put a shift in at the back, holding his position well, while Alderweireld held his own in the centre. However, Jan Vertonghen perhaps didn’t make a great account of himself with Sanchez benched and you wonder whether age is perhaps getting the better of the Belgian.

Mourinho’s lopsided back-line saw Serge Aurier once again adventure up the wing without too much fear of leaving gaping areas behind him – a problem that Mourinho has seemed to find a solution to by allowing the other three defenders to slide over to the right to cover.

Some new faces on the scene

Fans of both sides at Vicarage Road were treated to seeing a new face take centre stage for their club. For Tottenham, Gedson Fernandes was given about 15 minutes to try and clinch a winner, replacing Giovani Lo Celso, who himself is making Spurs’ attacking threat look more genuine.

Watford’s new £7m man Ignacio Pussetto was given slightly less time on the pitch, coming on in the 89th minute. The forward made a big impact on the match though by clearing the ball off the line just before it rolled over. We didn’t have enough time to see what the Argentinian has up his sleeve in an attacking sense, and fans will hope he can have a big impact at the other end in the future.

How high do you want the goal?

If nothing else, Saturday’s lunchtime kickoff was a lesson in how to completely lose your composure in shooting opportunities as balls took flight from left, right and centre. The supporters sat behind the goals had better catching practice than either of Foster and Gazzaniga.

A notable example from Son early on set the tone for an afternoon of jeers and whistles from both sets of fans. The South Korean’s volley, although difficult to pull off, almost went into orbit before numerous other players followed suit.

In any case, shooting practice will be on the training agenda for both teams, but Mourinho, in particular, will be frustrated that his team has not forced a goal in three straight Premier League matches.

No success down the flanks for either team

Watford’s desire to play down the wings was warranted given the resurgence in Deulofeu and Sarr’s form and their athleticism down the flanks. Tanganga got himself in a pickle which earned him a yellow card, meaning that Sarr could burst down the right with a bit more ease.

However, the end result was often a blasted ball across the face of goal, which Spurs managed to cut out with good concentration. Another day however and Watford could have easily punished the opponent with this kind of tactic.

Tottenham themselves were swarmed by the Hornets every time they tried to find space in wide areas. Some good distribution from Alderweireld to Son did not end with a decent opportunity and Spurs had to find most of their inspiration through the middle.

Man of the Match – Ismaila Sarr

Ismaila Sarr was constantly on the move all afternoon, most often finding space down by Tottenham’s corner flag. No player seemed to have the quality to squeeze the ball into the net, but Sarr was influential in setting up the Watford chances.

Gameweek 24 involves a set of midweek fixtures, with Watford facing Aston Villa on Tuesday while Tottenham take on Norwich the following day.