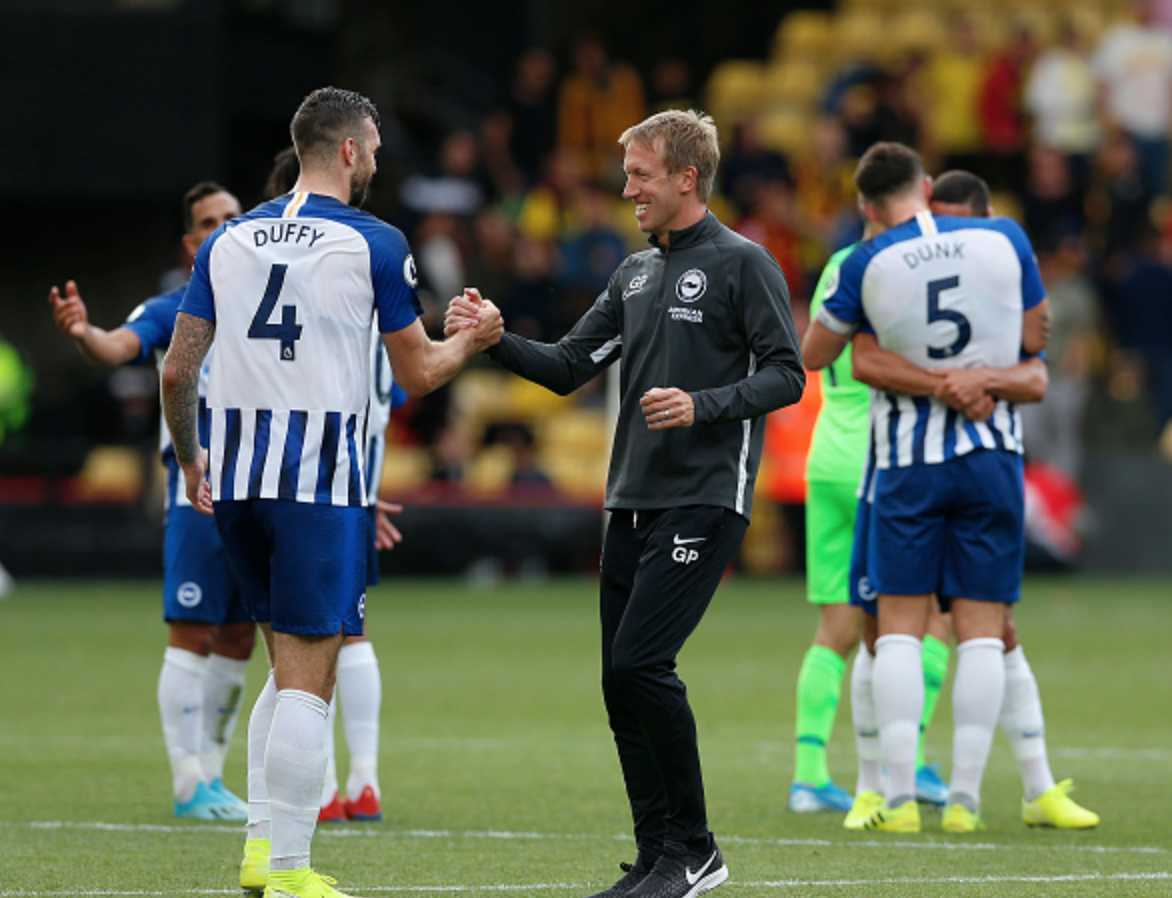 Early pressure from the hosts was quickly sloughed off by the Seagulls as they began forays of their own. Unlike their rivals, Watford looked frail when placed under pressure, and Abdoulaye Doucoure’s first-half own goal was perhaps the clearest evidence that Watford were woefully unprepared for their opening day match.

Last season’s FA Cup finalists showed bravado throughout their previous Premier League campaign, but that same creativity and boldness was severely lacking here with Watford crumbling under Brighton’s increased pressure in the second half. Indeed, Graham Potter’s decision to introduce Florin Adone and new-signing Neal Maupay proved to be too much for the hosts.

Andone’s first touch of the match proved to also be his first goal of the season. The Romanian’s clever finish at the near post was enough to let the Seagulls solidify their hold on the match. With Watford’s defensive problems, it didn’t take much longer for debutant Neal Maupay to make his mark on the match. The former Brentford man’s calm finish past Ben Foster would be the icing on the cake for Potter whose substitutions silenced Vicarage Road.

It was a reversal of roles as the Seagulls crushed the Hornets in a fixture they lost 2-0 on last season’s opening day. Tipped as relegation candidates, Brighton staked their claim to be much more while Watford displayed quite the opposite, hinting that this season may not be as picturesque as the last.

No need for Hughton

There was quite the divide amongst the Brighton faithful after news broke of Hughton’s departure from the club. Some claimed the play had grown stale; that the team had grown unmotivated under the Englishman. However, others argued that all the manager needed was time. Although, both sides held valid points; it was clear that something was wrong at the Amex, and as unfortunate or inconvenient as it was to notice, Hughton had reached his ceiling with the club.

While many saw Hughton’s impotence and sleep-inducing brand of football, few saw a better option, and Graham Potter seemed like a gamble when he was announced as manager. Indeed, there was quite the discussion over whether the former Swansea manager could take Brighton further than Hughton did.

While it would be unfair to judge both managers based on one game where Watford performed dreadfully, there was a marked difference from Brighton in this match. Whereas Hughton would have tried to seal the 1-0 lead gained in the first-half, Potter subbed on two potent forwards to make sure there was no way back for Watford.

One cannot judge how well the Seagulls will perform this season based on this match. In fact, the team could still be relegated, but what is clear is that Potter has injected both life and desire into a team that showed neither last season. Brighton’s directors may have gambled when picking their new man, but their gamble looks like it may pay off.

Watford will be back

Watford are not known for their stability as a club. They are well-known for their managerial roulette; the same that saw Marco Silva leave for Everton. Javi Gracia’s introduction stabilised things at the club, and the Hornets were quite successful last season thanks to the Spaniard’s tactical prowess.

Losing by a margin of three goals at home is not the ideal way to start the season, and although there were plenty of problems for the hosts throughout the match, there were also flashes of life reminiscent of the Watford seen against Wolves at Wembley in April. Considering the Hornet’s history, it would be easy to say the team is entering another period of waxing and waning, but Gracia’s record with this team suggests they will once again be contenders for European football.

It would be unfair to suggest their recent success was a matter of luck. The team certainly has players capable of launching them into the top half of the table, but consistency will be key if Watford are to succeed. The likes of Doucoure, Deulofeu, and Pereyra, in particular, will have to perform if the Hornets have hopes of replicating their impressive form.

A changing of the guard for Brighton

One of the surprises of last season was veteran Glenn Murray’s goal-scoring impact for the Seagulls. Younger options like Andone and Locadia couldn’t provide goals for the team, and Hughton seemed to prefer the Englishman as the forward in his system. Potter, however, may change this. Maupay and Andone’s impact on the match certainly suggests that the pair will see more minutes in coming matches.

To add to this, Locadia seemed lively in the opening stages of the match, and the Dutchman could also find favour in the new manager’s eyes if he continues to contribute with his considerable work rate. What is clear is that Murray now has more competition than ever before. It would be unwise to count him out, as he could return to form in the coming matches, but frankly, the younger, pacier options of Andone, Locadia, and Mauapy seems the more logical options in what will likely be a more attacking side under Potter.

Watford’s wake up call for the rest of the season

Gracia lamented his side’s poor form in this match, noting that it could serve as a lesson for upcoming fixtures. The lesson the Spaniard is likely hoping to impart to his team is to take less foolish chances. Every goal the Hornet’s conceded was due to a mistake of their own. Of course one must credit Brighton, but had the hosts been more alert the match would probably have been far more even.

The defence, in particular, looked shambolic, and former West Brom man Craig Dawson’s introduction to the team was far from elegant. Sloppy passes, terrible marking, and a general lack of awareness was evident when observing Watford’s backline, and the visitors capitalized on their opponents’ shortcomings without hesitation or remorse.

It will take time for new signings like Dawson, Welbeck, and Ismaila Sarr to adapt to the team’s chemistry as well as the manager’s tactics, but time is something English teams have in short supply. With fixture congestion always on the horizon, integration will have to happen quickly if Watford are to prevent more lessons like this one.

Brighton’s next match will see them hosting the Hammers at the Amex following their 5-0 defeat to Manchester City. Watford, on the other hand, will travel to Goodison Park to face an Everton side who drew against Crystal Palace in their last outing.