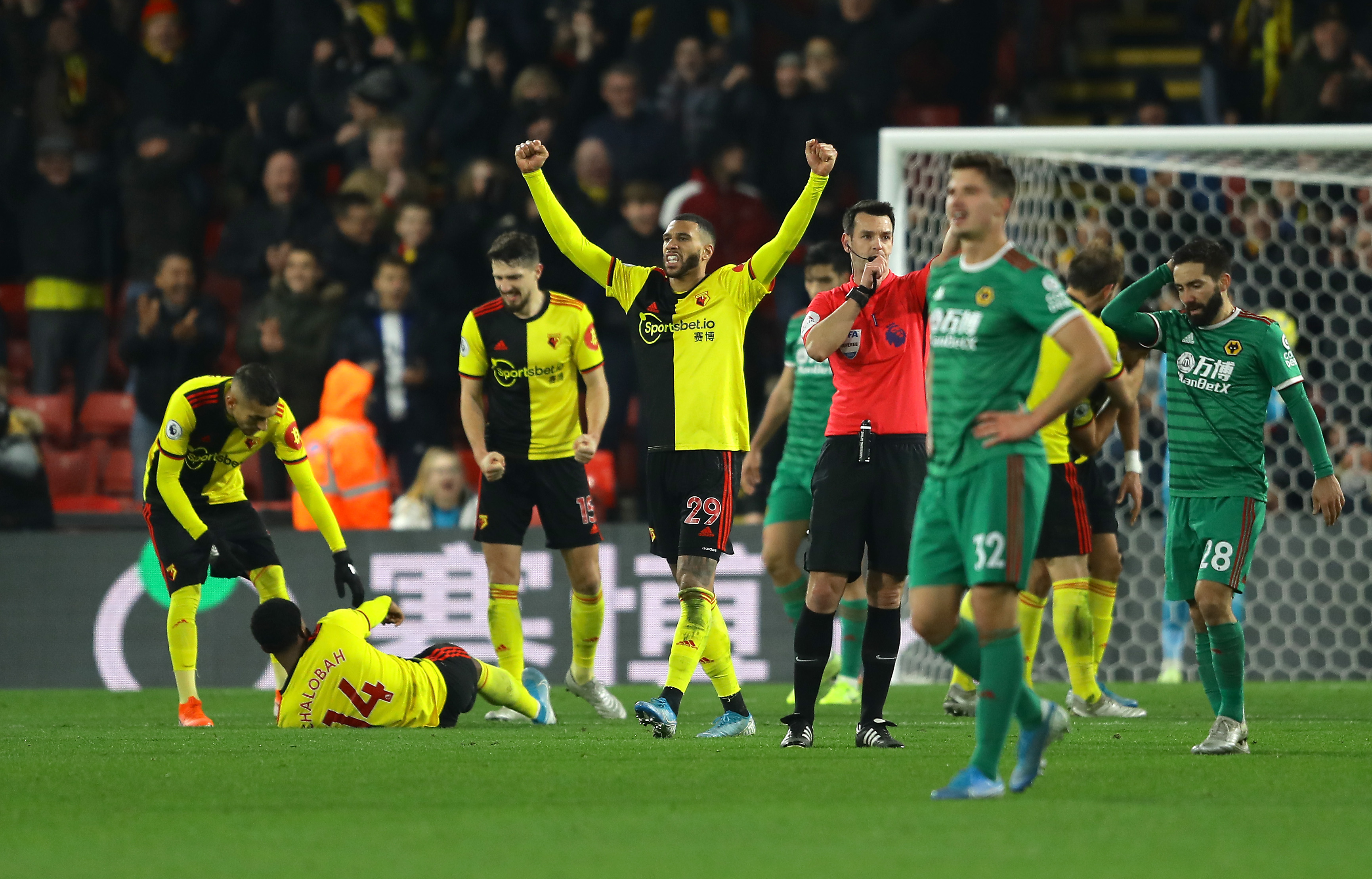 Watford continued their rejuvenated form under Nigel Pearson as they held on to all three points against Wolves, despite playing a large majority of the second half with ten men.

The mood around Vicarage Road has rapidly changed since the managerial turnaround, and the result against Wolves embodies everything that Pearson has brought to this Watford side; fight, hunger and passion – key attributes when looking to grind out a victory with ten men.

It was Wolves who set the pace early in the game though, with Pedro Neto, Doherty and Jimenez all coming close for the Black Country boys as their high pressing and aggressive tackling caused Watford problems throughout.

This didn’t matter to Watford though as it was them who broke the deadlock as a familiar face punished Wolves once again. Gerard Deulofeu managed to bend it into the far corner after capitalising on a defensive mishap from the Wolves defence. It was a majestic finish from Watford’s magic man, who caused Wolves problems throughout the fixture – similar to when he tore them apart at Wembley in April.

Ismalia Sarr nearly added to the scoreline before half- time but his dinked effort hit the side netting yet it was definitely Nigel Pearson who went into the break the happier of the two managers.

The second half was going to be a tough watch for both Wolves and Watford fans though. Watford started the half as they left off, with Doucoure smashing home an effort into the top corner, sending Vicarage Road into a short-lived pandemonium before Christian Kabasele was sent off moments later.

It was a controversial red card with the decision initially being disputed by the referee and VAR, but the Belgium defender was given his marching orders and he was off. At that point, it seemed to go downhill for Watford with Pedro Neto soon finding the back of Ben Foster’s net; and with half an hour to go, it looked as though there was only going to be one winner.

Ben Foster thought differently though. Time and time again he seems to save Watford, and this game was no different, with a clawed hand keeping out Raul Jimenez – a save which was almost applauded by the Wolves fans, despite him being a former West Brom man.

It felt at that point like Watford would hold on, which they did after some excellent game management from the likes of Deeney and Chalobah. Going into the FA Cup break, it was a massive win for Watford on their pursuit for survival, and Wolves fans will still be happy with their opening to the season despite their defeat.

Nigel Pearson discussed the importance of having a good home record, and his rallying talks in press conferences have appeared to come to fruition after three wins from three home games. Nigel Pearson paraded the pitch after the full-time whistle simply taking in the chants of the Watford fans who simply stared at their saviour as he admired the efforts of the fans.

It is clear that if the Hornets are to stay up, then they will need every inch of Vicarage Road behind them, and if this form carries on, they will be completely fine.

After his impressive performances at Anfield and against Watford, the Portuguese player became the first teenager to score in the Premier League for Wolves. It is clear that in some parts of his game, he is heavily lacking in experience, hence his dive in the opening exchanges of the game; but for the time he was on the pitch, he was arguably Wolves’ most dangerous player going forward.

The recruitment at Wolves has been second to none, as further seen by Neto’s performance on Wednesday, and the future does seem bright for Wolves.

Ben Foster heroics save the Hornets

Arguably England’s best goalkeeper at the moment, Foster seems to shine and improve every week, with some wonderful saves and match-saving moments for the Hornets.

All of the current England keepers have had some questionable moments this season and Gareth Southgate may start to monitor the Watford goalkeeper very closely and ask the question whether or not he will come out of retirement.

Man of the Match – Ettiene Capoue

I thought the midfield Frenchman was brilliant on Wednesday, with the way he dictated play and nullified the threat of Wolves, making him my MOTM.