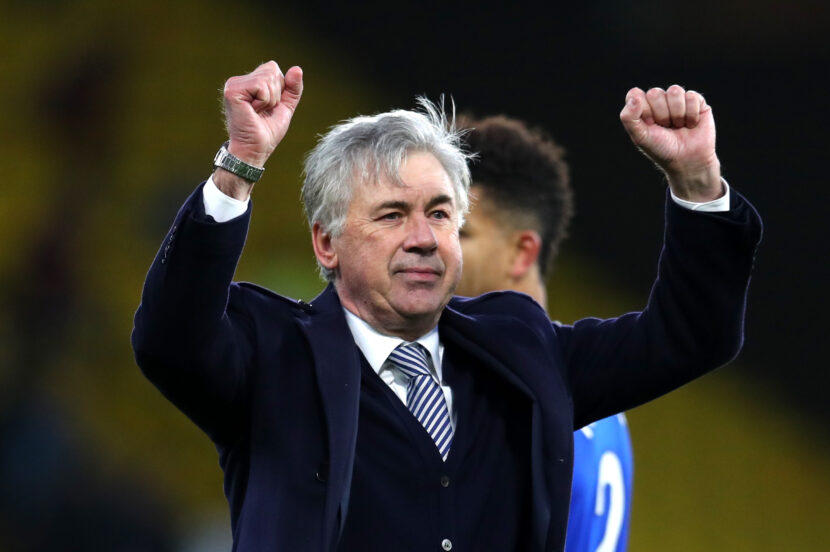 Fans were treated to a Premier League thriller at Vicarage Road as Everton snatched all three points in a five goal game with Theo Walcott bagging the winner.

Watford went 2-0 up before the visitors response as they took the lead after 10 minutes when a superb switch ball was controlled by Gerard Deulofeu and played into the path of Adam Masina. His first-time strike went across Jordan Pickford’s goal and nestled the back of the net to earn his first Premier League goal.

The Hornets then doubled their advantage with some sloppy play from Everton on the ball. Troy Deeney picked up the ball and played it straight through Everton’s defence and into Roberto Pereyra’s path, who found the back of the net with a composed finish.

However, things were far from over before the half time whistle went as Yerry Mina gave Everton a lifeline. The 6”5 centre half was on the end of a loose ball in the box to find the net as the corner was not dealt with by Watford having the Toffees a way back into the game.

Then in the fourth minute of added time, Mina was again left unmarked and found himself free at the back post to meet Gylfi Sigurdsson’s corner and head past Ben Foster to take the sting out of the Bees tail. The second half did not boast the same amount of entertainment as the first half as the two teams tried to find three points.

Watford were then given the advantage when Fabian Delph was booked twice in 15 minutes. Nigel Pearson’s team were 1 man up for the remaining twenty minutes as Everton shut up shop.  However, Carlo Ancelotti’s defensive commitments paid off and his side broke away in injury time.

Credit should be given to Richarlison who nearly ran the full length of the pitch and played the ball across the box. Moise Kean was first to it but his scuffed shot brought the ball into Walcott’s path who found the open goal to send the away end wild.

Watford miss their chance to escape

Nigel Pearson has got his Watford side to produce some excellent results since taking charge and their hard work nearly saw them move out of the relegation zone this weekend.  However, they are still in that bottom three and will be extremely frustrated after losing a two-goal advantage and losing a share of the points to a team down to ten men.

They now have to visit Brighton and play Manchester United and Liverpool before the end of February. If they are to put themselves in a good position to survive the drop, fans will see next weekend’s game against Brighton as a must-win.

If I run I die

As Walcott wheeled off in celebration, nearly all of Everton’s bench, coaches and players ran down the line to join him. Meanwhile, Ancelotti stayed in his technical area comically staying that if he did run to join them he would have died.

However, it also shows why Everton have hired him. His composure was emphasised there when it was ultimately his tactics when his side lost a man that won them the game.

Can the Toffees still reach Europe?

In a season that has been filled with teams inconsistencies, a European competition qualification seemed highly unlikely for Everton during Marco Silva’s reign. Now Ancelotti has taken over, they have only lost once in the league under his guidance and find themselves close to sixth.

The Toffees are only three points behind Sheffield United and will believe they can qualify if they play with the same desire and intensity they showed against Watford.

Man of the Match – Yerry Mina

Mina provided his team with a much-needed lifeline. When they were down and out the Colombian’s two goals dragged his side back into the game.  A clean sheet in the second half was also due to his and his defensive partners’ determination to get something from the game.