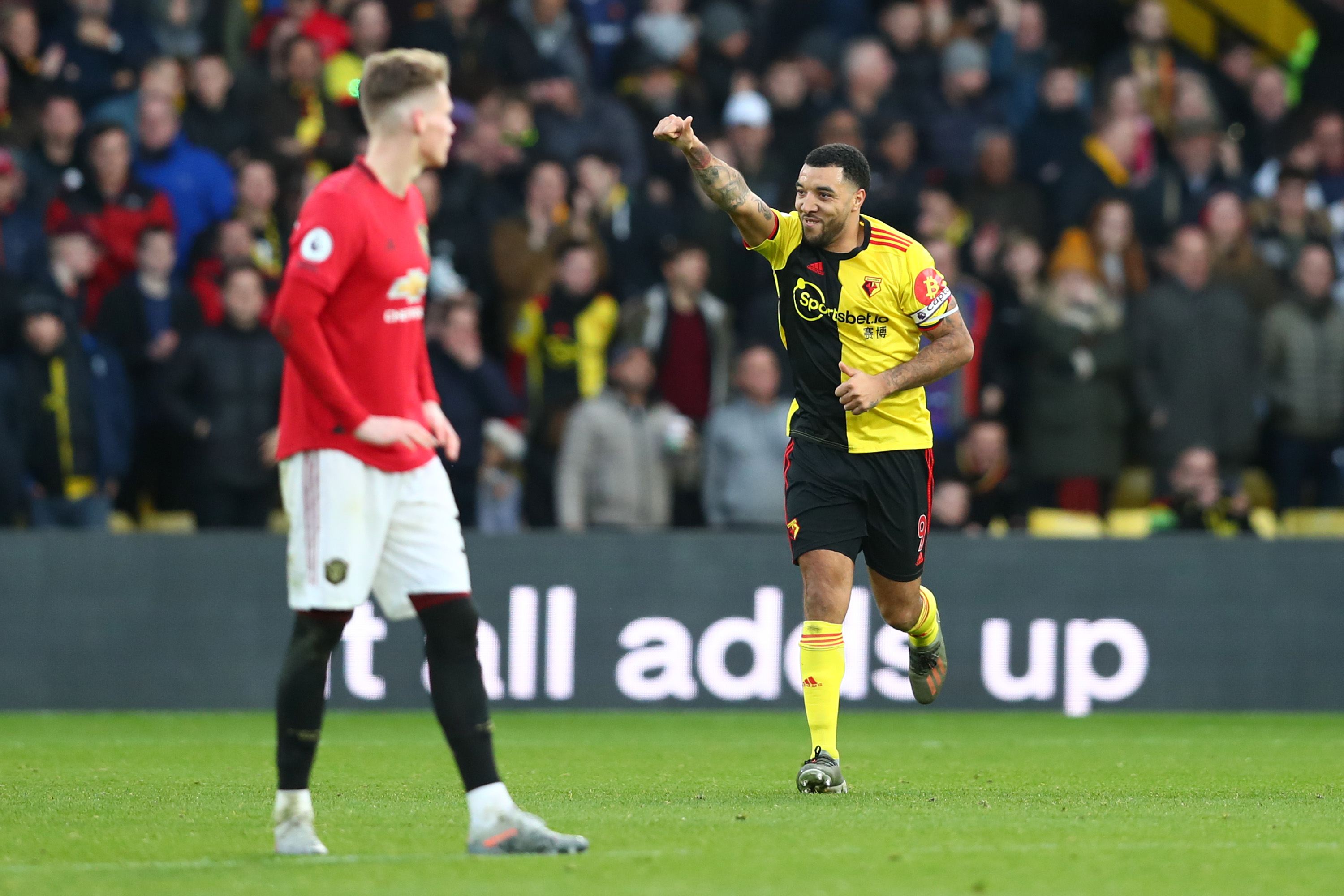 Despite their win against Manchester United on Sunday, Watford still remain rooted to the bottom of the Premier League table, six points adrift from safety.

Prior to their fixture with the Red Devils, the stats made for ugly reading for all involved with Watford FC. Before their huge three points, thanks to goals from Sarr and Deeney, they sat on a shocking nine points and no club has ever avoided relegation from the Premier League with so few points at this stage of the season. The Hornets had also won just one of their last 20 league games and had gone 12 home league games without a win – a club record.

To add to these misery stats, they were the only club in Europe’s top five divisions to not score 10 goals this season, something which they have now managed. Key to addressing their goalscoring dilemma will be the form of club captain Troy Deeney and if Pearson can get the best from his striker, survival will be possible.

The 31-year-old netted his first league goal since April against United as he slotted away a penalty shortly after Ismaïla Sarr opened the scoring at Vicarage Road. Last season, he netted nine times and assisted five in 32 appearances in the league yet he has featured little this season and only appeared for the seventh time this Premier League season against United. This was due to the injury he picked up early in the season yet he has featured in Watford’s last four outings and getting him back to his best could be key for Pearson.

The captain hailed the influence of the new manager saying: “He’s been instrumental in getting everyone to work hard and enjoy what we’re doing again.” Against United, he managed five shots at goal and despite only one being on target, he played a key role leading the line, whilst also winning seven aerial battles.

Deeney must improve his passing accuracy though if he is going to manage a successful run in the side and fix his sides’ goalscoring problems. From 29 passes, he only managed a passing accuracy of 62.1%, the lowest of any starting player in the Watford XI.

Having said this, his tenacity and work rate is second to none and I’m sure he will be key in getting Watford out of bother. Pearson, whose side were unlucky to not beat Liverpool in his first game in the dugout, stated on his sides current situation: “We are in a difficult situation but I believe we can get out of it.”

The Hornets travel to Sheffield United on Boxing Day in a fixture which will test Pearson’s men but with Deeney leading the line, Watford will be determined to get something from the game and continue their recent positive performances with another positive result.