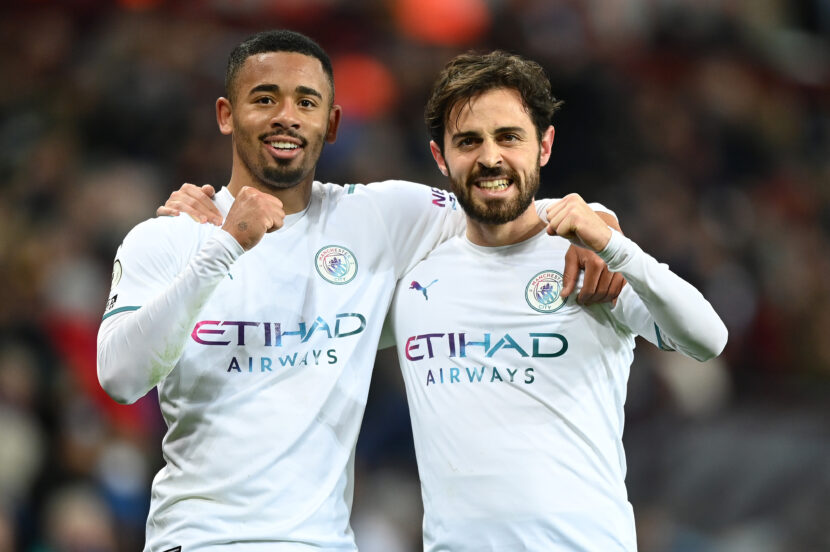 Pep Guardiola’s Manchester City travel to Vicarage Road on Saturday, hoping to keep the pressure on Chelsea and Liverpool at the top of the table, who themselves are sure to be tested at the hands of West Ham and Wolves respectively.

The Sky Blues were pushed to their limit midweek against Steven Gerrard’s Aston Villa side, and came away with the 3 points thanks to a remarkable late save from Ederson Moraes; the hosts succumbed to Chelsea by the same 2-1 scoreline, but the game was far from a washout, with Thomas Tuchel quoted as saying his side were “very lucky” to come away with the victory.

Watford are presently hovering in 17th place, just above the relegation zone, 3 points ahead of Burnley who have a game in hand. That being said, however, just 3 points separate them from Crystal Palace all the way up in 11th spot. Claudio Ranieri has certainly ignited a spark in Watford, particularly in attack, and he’ll be very keen to lay down a statement victory against the defending champions, but it will be anything but easy.

Strikerless City have begun to find a bit of ruthlessness in attack, thanks in no small part to Portuguese duo Bernardo Silva and Joao Cancelo. Ruben Dias too, joined in the goalscoring with a sumptuous finish from outside the box midweek. In recent history, City have been completely merciless against Watford, winning their last 3 fixtures against them by an aggregate scoreline of 18-0, including a 6-0 hammering in the FA Cup final in 2019.

With the winter spell fast approaching, the resources managers have their disposal will likely be stretched thin. Interestingly enough, City embarked on a mammoth 22-match winning streak across all competitions during this time last season, and they’ll be hoping to do more of the same this time around as well, coming into Saturday on the back of 6 successive victories. The Premier League’s title race is as close as it’s ever been, and this winter spell may be what finally puts some daylight between the 3 club closely vying for the summit of the league table.

Watford have a major injury crisis on their hands, with as many as 8 first-team players on the treatment table simultaneously. Adam Masina was the latest casualty, being forced off only 12 minutes into the game against Chelsea. He’ll undergo an MRI scan to determine the extent of the injury.

Ismaila Sarr, Kwadwo Baah, Ben Foster, Nicolas N’Koulou and Peter Etebo will be sidelined for the rest of the calendar year, but Ken Sema and Francisco Sierralta should be on track to return soon; both have begun the initial stages of rehab.

Pep Guardiola confirmed that barring wantaway striker Ferran Torres, he has a clean bill of health going into Saturday’s fixture against Watford. The most important takeaway from that statement is that Kevin De Bruyne has been cleared to return to training, and while it would not be realistic to expect him to be re-installed to the starting lineup immediately, the City faithful can be optimistic about seeing their veteran playmaker in action in a fortnight or so.

Aymeric Laporte is back in contention after serving his 1-match ban for accumulation of 5 yellow cards.

Despite Watford’s growing grittiness and resilience in recent weeks, the sheer number of injuries that Claudio Ranieri has to contend with make me believe that City’s on-form attack should be able to breach the Watford defence and come away with all 3 points on Saturday.