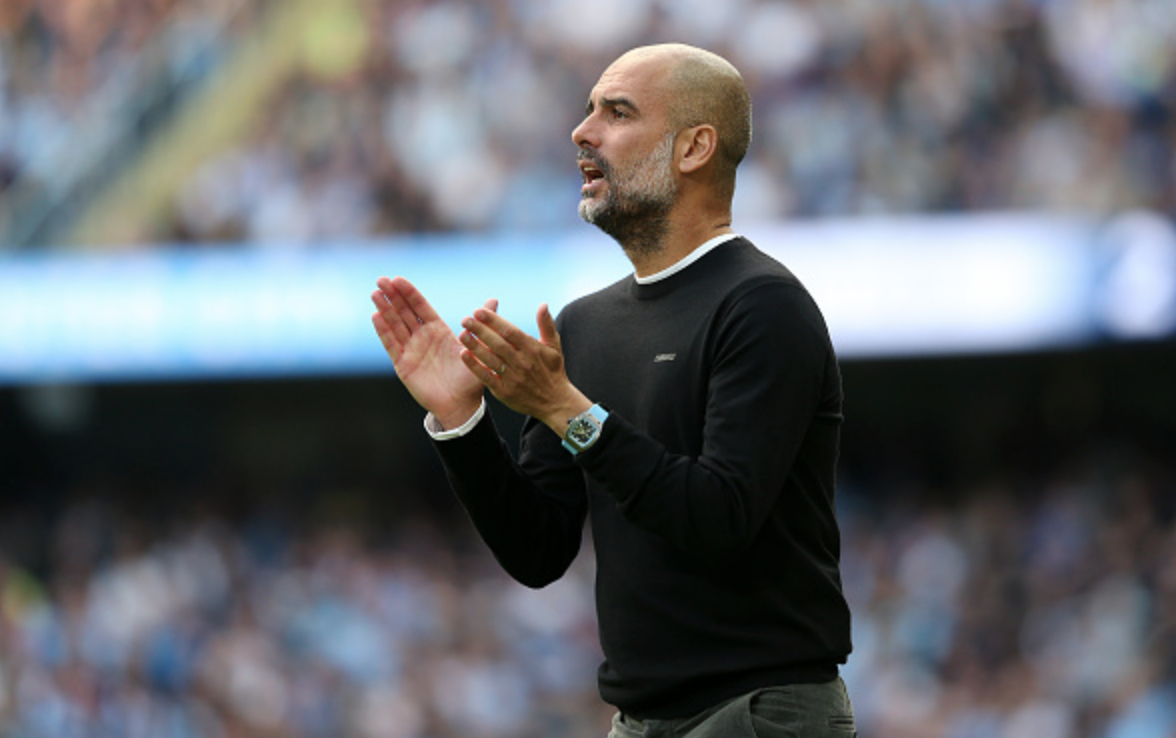 Weakness on the wings – has Manchester City’s flying dominance finally been sussed out?

It is certainly plain to see – Manchester City seem to be a little off colour in the league. Already, talk of City emulating neighbours United’s ‘three in a row’ title haul from 2007-2009 is looking under significant threat from Liverpool’s perfect start. While we shouldn’t take anything away from the Canaries on Saturday, who put in an incredible performance and who look very good value for stepping up quite easily this season – it’s City’s less than ‘sterling’ performance at the back which has not only City fans concerned – but the rest of the Premier League intrigued too.

Before the match, Norwich were all but written off, priced at 22/1 to win at home. Newly promoted, a leaky defence and a pretty horrible historical record, conceding 26 goals in their previous 8 Premier League encounters against the Citizens were all factors. But it was their sheer lack of numbers and huge injury list which would have struck a sense of inevitability into all football fans’ minds about the outcome of the game. They were that short, that they had to name two goalkeepers on the bench. Absentees included Max Aarons, Onel Hernandez, Timm Klose, Moritz Leitner and Christoph Zimmerman.

Daniel Farke would have been forgiven for resorting to a deep back line and playing long balls for Teemu Pukki to run on to. Instead, he set out to attack City, but in a way that was so refreshing to see. Progressive football, using neat and tidy players like Emi Buendia and Todd Cantwell to link in with the defence and pass their way out of tight situations at the back. Every time Norwich went forward, they looked likely to create a threatening situation from the wings – pulling Man City’s dynamic midfielders away from each other.

Their first goal was a set piece, which City are notoriously bad at defending, especially corners. 8 of their last 9 Premier League goals conceded have come from set-pieces. Guardiola reiterated in his post-match interview that they work on set pieces ‘every day’ – but it doesn’t seem to be showing signs of paying off just yet. Going back to the goal however, this was originally created from Norwich passing City to death for just under 2 minutes, ending up with a dangerous situation on the wing.

Their second goal – playing out from the back again, created a situation where Otamendi stepped out as he tends to do, playing Pukki onside where he was able to run the channel and cross it in for Cantwell to finish into an empty net. We always talk about the City high press and how they are so effective at stifling teams, forcing them to go back on themselves, but Norwich were matching City’s press and playing them at their own game, going toe-to-toe. This is also perfectly demonstrated by Norwich’s third goal, where Otamendi dwelled on the ball for no more than two seconds before Buendia came up behind him and stole the ball to set up Pukki to restore the two-goal advantage.

Watching Monday Night Football this week with Gary Neville and Jamie Carragher – they touched on a very interesting point. From a tactical point of view – Manchester City seem to be showing signs of weakness on the wings. As mentioned above, they seem to be susceptible to teams playing them at their own game, as their defence isn’t up to scratch without the stalwart Laporte and the now Anderlecht-based Vincent Kompany. Stones and Otamendi’s last full game as a partnership for City was the 4-3 loss to Liverpool in the 17-18 season, and from that point on, Guardiola elected for a different set-up and as Neville suggested on MNF – ‘gave up’ on the pairing after that display.

Perhaps it is not just the centre back pairings that are an issue. City’s full-back positions are also stretched and while players like Kyle Walker and Oleksander Zinchenko are constantly praised for their ability going on the ball and going forward, their defensive duties can be called into question. Are they pushed to high leaving City suseptible to the counter attack? Can their commitment to preventing crosses be questioned? Perhaps there has been so much impotus placed on going forward that they are forgetting some basic defensive principles and with the lack of availability in the defense right now, Pep may have to put his priorities in order.

City’s win percentage with Stones and Otamendi is just 68% compared to Otamendi and Laporte (88% from 17 games) and Kompany and Laporte (91% from 11 games) as shown by the Sky Sports graphic below. Although most teams would be quite satisfied with 68%, it simply won’t be enough to beat Liverpool to the title this year. Otamendi’s rashness and Stones’ tendency to make a mistake will likely cost City more points this season while Laporte tries to recover in time for the second half of the season.

Interestingly however, there’s another dynamic regarding wing-play that the 19 other Premier League teams can use to their advantage against City. This would be forcing City’s attacking play out to the wings. The way Norwich martialled City on Saturday was through their discipline in central areas, defending narrowly to stifle any threat from Bernardo and David Silva. Their 4-2-3-1 formation protected the space between the lines and their staggered shape offered protection of the half-spaces in behind those same lines, which Man City so often exploit with ease. Perhaps the demotion of De Bruyne to the bench made this easier, but ultimately – the result ended up with City being forced to look wide and cross the ball in from tight areas, to which Norwich dealt with expertly.

The last time City were forced into nearly as many crosses as they were on Saturday (31 crosses), they lost 3-2 to Crystal Palace (30 crosses) at the Etihad (as shown below). Could forcing Man City to play out wide really be the solution to diffusing Guardiola-ball? Or could it just be a coincidence? Certainly, we will likely see more and more teams adopting Norwich’s approach as the Premier League becomes a more progressive, tactical league. Ironically, Guardiola himself has taught the Premier League a little bit about high press and forcing teams to play on the front foot.

Now, the certified genius has to find a way to make his next chess move and sort out City’s issues on the wings. He certainly has the tactical know-how and the forward-thinking players to do this – but is that defence just a little too stretched? It may be that Guardiola has to sacrifice a midfielder and play three at the back – which he has done before. But with news after the game that Stones is now out for 5 weeks along with the long-term absentee of Laporte – we can certainly expect to see an unconventional defensive change in the coming weeks from Guardiola.

Whatever the case, it is sure to make for an interesting few months, as City find themselves as the early chasers in defending their league crown.