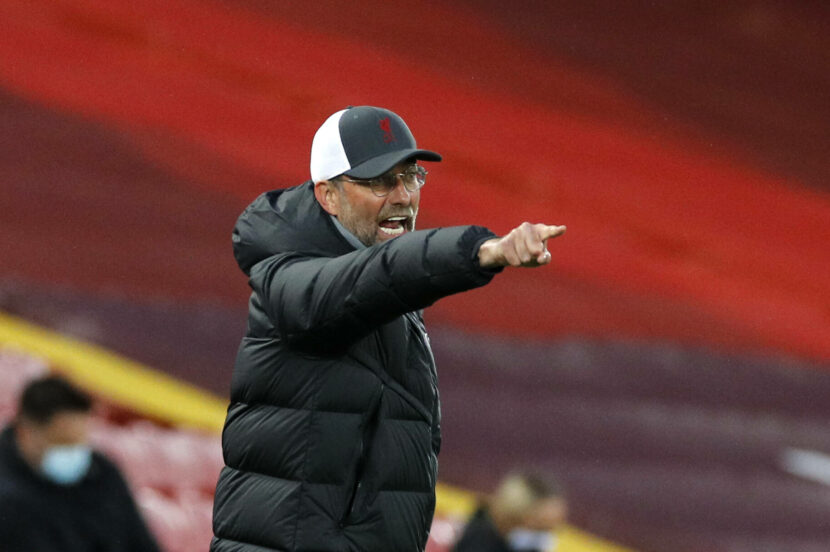 By Dan WalkerLiverpoolPreviewRecentWest Brom | 16 May, 2021

Liverpool travel to already-relegated West Brom on Sunday afternoon with their top four ambitions very much alive. While their two main rivals for Champions League qualification, Leicester City and Chelsea, have floundered in recent weeks, Jurgen Klopp’s side have not lost a Premier League game in over two months. With Leicester and Chelsea facing off in Saturday’s FA Cup Final, Sunday’s fixture presents the perfect opportunity for the Merseysiders to catch up with their rivals.

Last season’s Champions capitalised on a lacklustre (and perhaps distracted) Manchester United to win at Old Trafford for the first time since 2014. It was the most fluent attacking display we have seen from Liverpool in months, and was a timely reminder of the threats they still possess. With three winnable games to end their campaign coming up, victories in all of those fixtures could all but seal a place in the Champions League for next season – something which seemed very unlikely just a few weeks ago.

West Brom’s relegation to the Championship was confirmed last week when they lost at Arsenal. Even expert escapologist Sam Allardyce could not steer them away from the drop, as Big Sam suffered his first relegation from the Premier League. With little to play for, the Baggies could be excused for taking their foot off the gas for their remaining games this season. However, Allardyce will relish the opportunity to spoil Liverpool’s party and it is highly unlikely that his charges will simply lay down their weapons on Sunday.

Big Sam has previous against Liverpool, and it was in his first away game as West Brom boss that started Liverpool’s rotten run way back in late December. Semi Ajayi’s late equaliser came when the Reds were looking to go five points clear at the top of the Premier League. Fast forward five months and Liverpool are now in a fight for the top four, a million miles away from league champions Manchester City.

Klopp will be fearful of Sunday’s opponents, a team that he has historically struggled against. The last four matches between these two clubs have resulted in three draws and a West Brom victory in the FA cup. Picking up all three points is imperative if Liverpool are to maintain pressure on Leicester and Chelsea.

There is no major injury news from Allardyce this week, with Robert Snodgrass and Branislav Ivanovic likely to miss out through injury. Ainsley Maitland-Niles should return in midfield, having been ineligible to face Arsenal last weekend. Matheus Pereira will be looking to impress potential suitors, as a move away from the Championship looks likely in the summer.

There were no fresh injury concerns for Klopp following their victory on Thursday night. With the usual suspects at the back already out for the season, Ozan Kabak and Ben Davies are also likely to miss out again through muscle injuries. Given that Thiago and Fabinho have won six from six when playing together in midfield, Rhys Williams will partner Nat Phillips at centre-back again and allow Fabinho to excel in his more natural midfield position. Sadio Mane was visibly annoyed at his omission at Old Trafford, but it seems likely that he will return to the starting XI for the trip to Hawthorns. With all of Diogo Jota, Mo Salah and Roberto Firmino getting their names on the scoresheet, Klopp could opt for a 4-2-4 formation in an attempt to break down the Baggies.

Thursday night showed that having motivation to win can make a huge difference in Premier League football. While Manchester United looked passive and disinterested at times, as they had nothing left to play for domestically this season, Liverpool were bang on their game. While I doubt Big Sam will allow his side to do the same, the visitors know just how important getting all three points is. With confidence high, the Merseysiders should leave The Hawthorns with the victory.