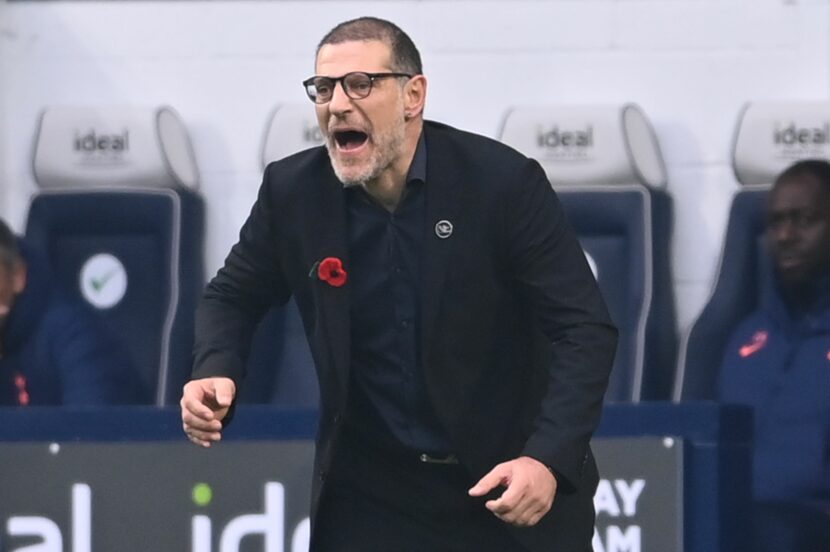 After a first win in the Premier League, West Brom will hope to capitalise upon a despondent Crystal Palace.

Following a couple of close run ins with the league leaders, Tottenham, and Manchester United, West Brom finally broke their duck against a similarly hapless Sheffield United. It took six formation different formations, this season, for Slaven Bilic to finally home in on the winning one. The 3-4-1-2 line-up produced the club’s highest expected goal (xG) tally for the season (1.3). Haphazardly, it also resulted in Sheffield United accumulating the highest expected goal tally against West Brom this season.

After a period of games where defence was more so the focus, it seems Bilic wanted to re-explore the attacking capabilities of his side against a depleted opponent. After a combined total of 13 goals in consecutive games against Everton and Chelsea, no West Brom game has featured more than 2 goals. Credit has to be given to Bilic for the turnaround, despite the lack of results. Only a matter of time will tell if the Baggies can maintain this low-scoring pattern, especially against a downtrodden Crystal Palace.

Conor Gallagher has been influential in seeing through this upturn in form, arriving on loan from Chelsea. His good performances culminated in him scoring the winner against Sheffield United last weekend. His ability to contribute in both defence and attack has been a welcomed addition to a midfield that was becoming too reliant on Matheus Pereira going forward and one-paced in defence.

Arriving in the same transfer window, Karlan Grant has also made a significant impact up front. Since his arrival, he has scored half of West Brom’s goals. On a more serious note, he has also accumulated an xG of almost double West Brom’s next best xG-performing player. He will look to use his pace and agility to find gaps between an ageing, yet surprisingly agile, centre of defence for Palace.

West Brom will be a good test for Palace. A lot of pressure will be placed on the return of Wilfried Zaha and the club will have to reprieve itself following two disappointing losses.
Two losses against two teams that, going into the games, Palace were expected to beat, does not bode well for Roy Hodgson or his players. However, all things must be considered. When you take a talisman out of any side so suddenly, any club will most likely suffer. Can you imagine Bruno Fernandes being removed from this Manchester United side? The Portugese star has a combined xG and expected assists (xA) tally more than double that of any United player with at least one start. The effect would be catastrophic.

This effect is especially relevant to a club with such limited resources, like Crystal Palace. Simply, Wilfried Zaha has the most goals and the combined most assists of any Palace player this season. Going even further, he has completed the most dribbles leading to a shot attempt, has been the target of the pass more than any other player and has had the most touches in the penalty area.

Based on those statistics, it is quite clear why the club priced the Ivorian at a cool £80 million in the Summer of 2019. He is integral to how Palace play.

His imminent return will more than likely breathe life back into the Palace attack. As a player, he expects high returns from all his teammates, and this is something that was sorely missed in the losses to Burnley and Newcastle. Palace notably looked more static, playing with a lower intensity. Admittedly, this is collateral from the way they play – a structure-focussed system. Hodgson will undoubtedly breathe a sigh of relief once Zaha steps onto a Premier League pitch for the first time in a month.

Conor Townsend limped off the pitch during the victory against Sheffield United and will be a significant absence for the Baggies at left-wing back. Diagnosed with a knee injury, Townsend is not expected to return for another four to six weeks.

The fitness of Kieran Gibbs and captain Jake Livermore will have to be assessed. The pair returned to training during the week after recovering from positive COVID-19 results.

As previously mentioned, Zaha should slot straight back into the starting line-up following his recovery from COVID-19. Jordan Ayew remains a Roy Hodgson favourite, so Zaha will most likely come in place of Michy Batshuayi.

Wayne Hennessey (thigh), Nathan Ferguson (knee) and Connor Wickham (thigh) remain sidelined. Although, with handy competition for each of their positions, they will not be rushed back by any means.

The impact that Zaha has will be telling in what is expected to be a low-scoring affair. The aforementioned Grant is also becoming increasingly menacing around goal, but Palace have an experienced Premier League defence and should be able to perform adequately whilst Eze and Zaha toil going forward.