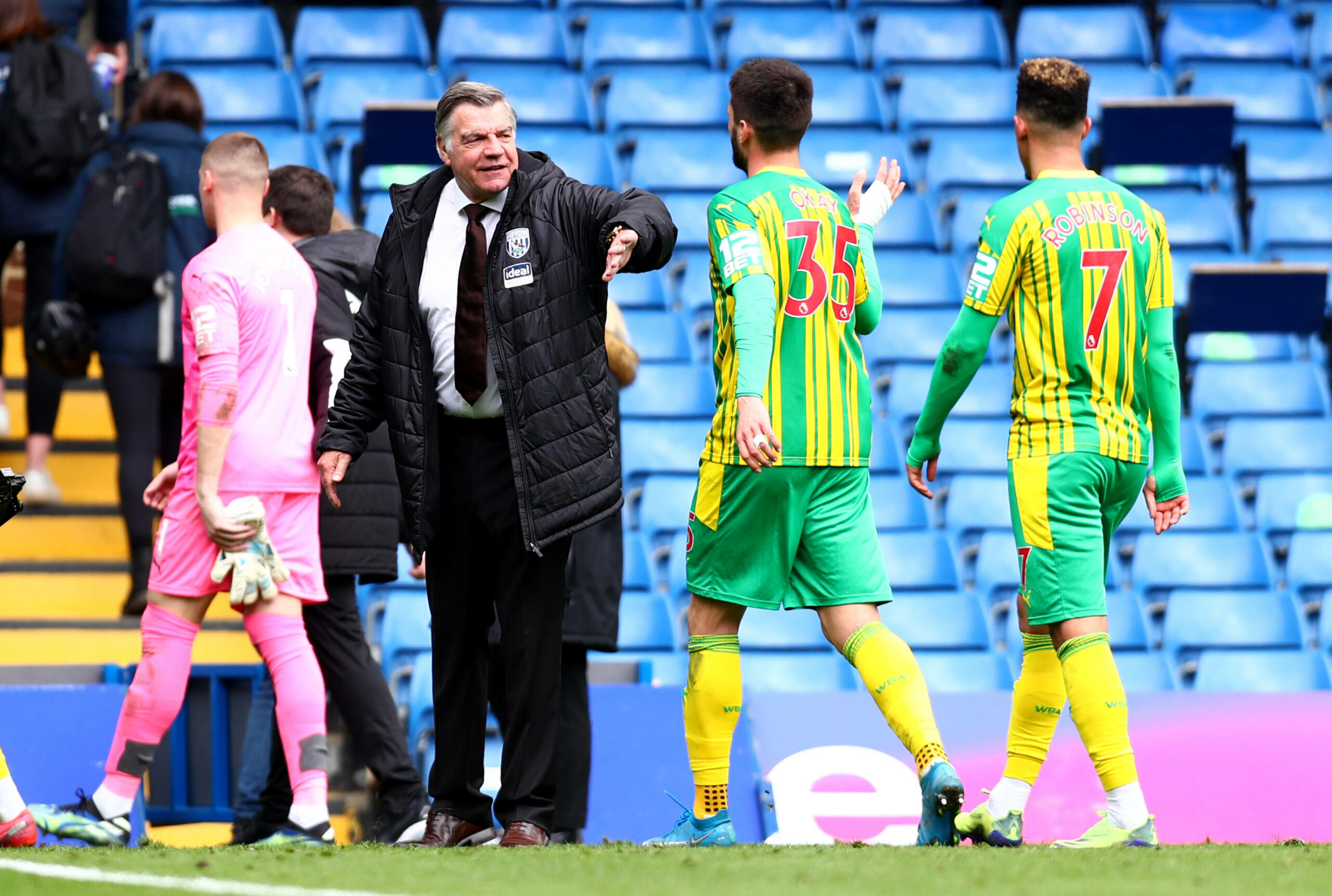 Sam Allardyce and West Brom welcome Ralph Hasenhuttl and his men to the Hawthorns on Monday night in what promises to be an important encounter in the relegation battle.

The Baggies are 19th on the table with two wins, two losses and a draw in their last five league encounters albeit with two games in hand over 18th placed Fulham who are five points ahead. This makes it paramount for the home side to get all available points from their games in hand to have a shot at survival.

Big Sam will go into this game high on confidence after a 5-2 battering of giants Chelsea at Stamford Bridge. A first-half sending off for the Blues’ Thiago Silva last week was potentially causative of West Brom’s annihilation of their-then top-four opponents. The Baggies will be looking to build on this momentum and get the three points to keep a ray of hope alive for the fans.

For the Saints, it is two wins and three losses in the last five league matches, which is nothing to write home about but nonetheless, they have seen an upturn in form with key players like Danny Ings returning from injury. This was evident in their 3-2 win against Burnley last time out, coming back from two goals behind to nab all three points. Ralph’s team had a wonderful start to the season but after they found themselves atop the table in December, their form has since took a huge nosedive and they are now sitting 14th on the table.

Both teams will be looking to get maximum points from this encounter and will be going into this game high on confidence after their respective heroics from last weekend. This could start out as a cagey affair but it would be very surprising if we don’t see some end-to-end action eventually, given the home side’s desperation for a win.

Veteran defender Branislav Ivanovic will be unavailable for the game and potentially faces a long lay-off after a hamstring problem.

Allardyce hopes to have O’Shea back in contention for this encounter after he suffered an ankle injury. Conor Gallagher will be available again after being ineligible to play against his parent club, Chelsea, last weekend.

Michael Obafemi, Oriol Romeu and Will Smallbone are all still unavailable for selection. Although, Hasenhuttl will be hoping that Kyle Walker-Peters overcomes a leg problem to feature on Monday night.  Nathan Redmond could once again start ahead of Che Adams after an impressive display last weekend.

Given recent form and performances, I feel both teams will have a go at each other and this could be a high scoring draw.