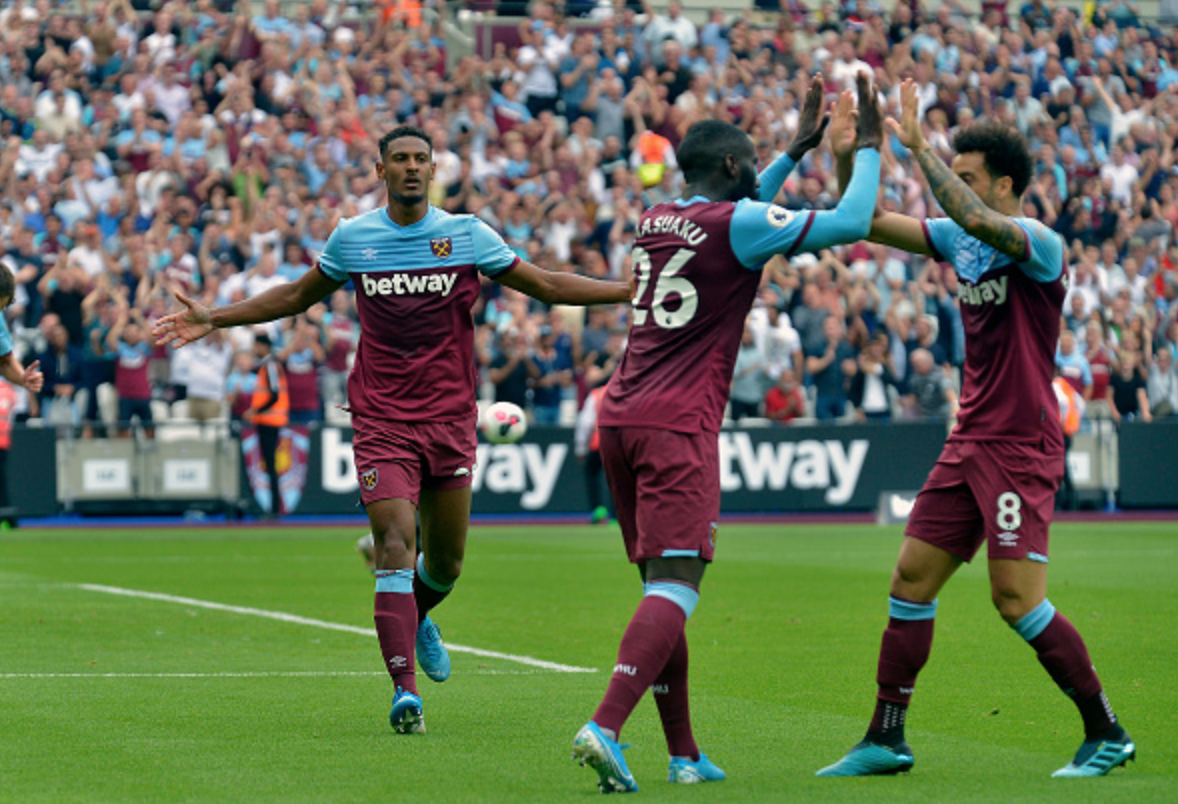 West Ham picked up their first home win of the season at the London Stadium with a 2-0 victory against a blunt Norwich City side.

Over the opening games of the season, the Canaries have been gifted multiple chances, most notably for Finish striker Teemu Pukki, however a fantastic display from Issa Diop silenced the in-form striker on Saturday afternoon.

Half-way through the first half, Sebastien Haller increased his season tally to three goals, following a brace last week at Vicarage Road, after some fantastic work by the Brazilian Felipe Anderson. Anderson seems to be hitting the heights he set last season which could prove to be vital for the Hammers European push towards the end of the season.

Yarmolenko finished excellently to wrap up the three points for West Ham; a huge confidence booster for a player riddled by injuries.

Overall, it was a dominant display by the Irons with the defensive fragility in Norwich’s backline becoming evident.

VAR played a controversial role in the game as well; a blatant penalty was denied after Haller was pulled down in the box causing outrage in the London Stadium with many fans questioning whether VAR is still capable to complete its job properly.

Still, three points won’t be complained about amongst West Ham fans, with the momentum seemingly building for a team which will be hoping to live up to the preseason expectation of challenging for European qualification.

Yes, the start of the season has been pleasing for Norwich fans following some great displays around the country, however it is evident that they will look to outscore teams. When key players like Pukki are as isolated as they were yesterday, things may become very tough for the Canaries as they look to coast towards Premier League survival.

A dried-up attack with a leaky defence is never going to end well as seen yesterday for Farke’s side and while the north Norfolk side will be delighted with their start to the season, more performances like yesterday’s will be damaging for them as they look to retain their Premier League status.

Can West Ham finally live up to expectations?

With Everton’s defensive issues still evident, and Wolves having the distraction of European football, West Ham fans may be hopeful this could finally be their year to break into the top-seven. Assured displays all around the pitch were on show yesterday, as well as a clean sheet that will give Manuel Pellegrini’s side bags of confidence going into the international break; a key landmark in the season as teams begin to be judged if they are living up to expectations.

The Canaries are going to face a real issue when they struggle to outscore teams. In the Championship, it was easy for Farke’s side to blow teams away with high score lines, but in the Premier League there simply isn’t that lack of defensive resilience.

Therefore could it be time for the Norwich tactical team to review the way they play? After all, a point is better than nothing and perhaps the boys from Carrow Road should simply settle for a point rather than all three in their quest for opening season survival.

Is Anderson the best player outside of the top-six?

Yet again yesterday, the Brazilian proved why he is so highly rated by so many fans around the world. His touch, his final ball and his flair leave defenders for dead and he is showing top-six teams that perhaps they missed a trick in not securing his signature.

The likes of Neves and Vardy are regarded currently as two of the ”best of the rest” but with form like this, it is only a matter of time before Anderson breaks the door down for himself to be entered into that bracket. top.