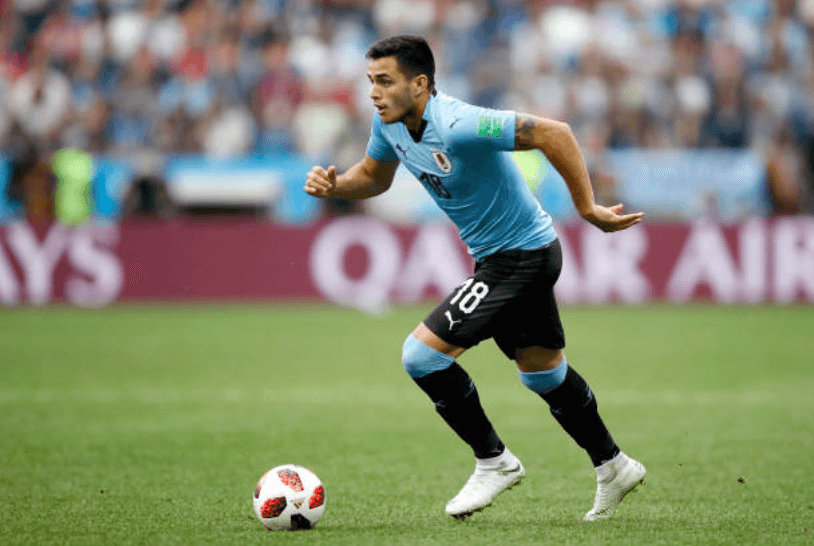 22-year-old Maxi Gomez has become a target for both Aston Villa and West Ham United this summer according to reports in the Birmingham Mail and the Mail.

The Celta Vigo striker managed 14 goals for his side last term whilst managing 17 the season before which was his first season amongst Europe’s elites. He joined the La Liga outfit from Uruguayan club Defensor Sporting in a five-year deal back in 2017 and also represented his country in the 2018 World Cup.

Reports suggest that Celta Vigo value the youngster at around £35m which could be a considerable amount of the transfer budget at both West Ham and Aston Villa this summer. The striker has also received interested from Valencia and could favour a move to the La Liga side to remain in Spain.

The Hammers are also interested in Gomez’ teammate, Stanislav Lobotka, and could move for a double swoop for the pair who are valued at £58m together.

Javier Hernandez has been subject to a move away from the London Stadium this summer which could explain the interest in the Uruguayan star yet if the Hammers fail in their attempt to transfer the Mexican, and others who are reportedly on their way out, they may fail to find the funds to fund a move for the striker and his teammate.

As for Aston Villa, they remain keen on securing the services of Tammy Abraham, who was an integral part of their promotion to the Premier League last campaign, yet due to the transfer ban at Chelsea, the England u21 international could find himself back at the Bridge next year.

If Villa were to secure the services of Gomez’ it would show real intent that they are not back in the Premier League to mess about and they are there to stay but time will tell on both those fronts.