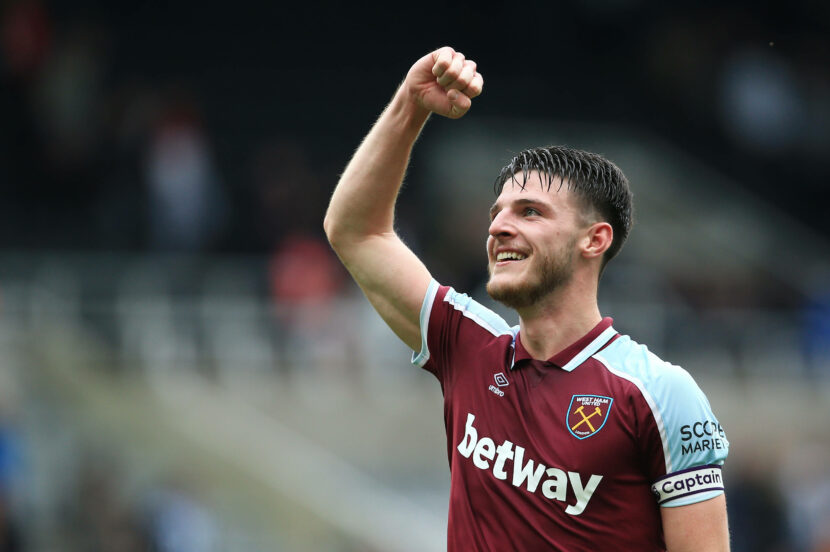 The second week of Premier League action will be rounded out with a tie between two teams who redefined what the ‘big six’ meant last year. West Ham United and Leicester City, our two Europa League teams for the 21/22 season, face off in east London on Monday evening.

A win for both the Hammers and the Foxes in the first game week set them both up with a comfortable start, although neither side was totally comfortable in their victory. The results from this fixture last season suggest that the Hammers are favourites for this one: West Ham won both home and away last term.

The Hammer’s season looked to be getting off to a worrying start in their first game against Newcastle after they fell behind after only five minutes – and went into halftime trailing the Magpies two goals to one.

But an inspired second-half performance, defined by three sweet goals in fifteen minutes from Benrahma, Soucek, and Antonio, saw them take all three points in comfortable style. With the poor start easily attributable to new season nerves, or simply the overwhelming pressure of being in a large stadium with a full crowd again, it is not something Moyes or Hammers fans should be particularly concerned about.

Expectations for the Hammers this season are mixed: many are unsure whether their great form can be replicated, especially since it seems increasingly unlikely that Jesse Lingard will be returning to the London Stadium. But last week’s win has only given fans confidence – there are no signs that the team are slowing down at all.

Leicester will prevent a different challenge, however. Despite winning both fixtures last year, 3-0 away and 3-2 at home, Moyes will not be resting easily at the prospect of facing the Foxes. But if the Hammers need additional motivation, they will not lack it: for the first time in a year and a half, they will have a full London Stadium backing them.

While the Hammers struggled in the first half of their first game, Leicester struggled with their second. A confident display in the first period against Wolves lack week should have left the Foxes with a two or three goal advantage. But they came into halftime only one goal ahead – a very good goal admittedly, set up by Ricardo Pereira and finished expertly by never-tiring talisman Vardy.

The second half that followed was an awkward one for Rodgers’ side, who never really got going after the break. They let Wolves dominate the play, and create stellar opportunity after stellar opportunity. They did not have themselves to thank as much as Adama Traoré’s dismal finishing – the Spanish winger wasting at least three fantastic opportunities.

But, from Leicester’s perspective, three points are three points. A shaky second half can be fixed, but points totals cannot – and this has been Leicester’s problem in recent seasons: just falling short on points when it comes to the end of the season. This might be strange to start thinking about after just one fixture, but I can assure you it is already at the back of Brendan Rodger’s mind.

Arthur Masuaku may be close to a return from injury after missing out last week, but we will have to wait until Monday evening to see if he features – and, if he does, it will almost certainly be on the bench. The Hammers will probably stick with the same personnel from their Newcastle game, and likely in the same shape, too. Last year David Moyes used a 3-4-3 to counter Leicester’s own 3-4-3 shape, but with the Foxes lining up in a 4-2-3-1 last week Moyes will probably match Rodgers’ formation and keep things as they are.

Leicester are still without Jonny Evans, who seems no closer to a return from his foot injury than he was a week ago. Wesley Fofana and James Justin are still out with long-term injuries, and Ryan Bertrand misses out through illness, but Timothy Castagne has been declared match fit after recovering from an eye socket fracture at the Euros. The Foxes are likely to stick with the same formation they used against Wolves but may introduce Timothy Castagne into the back four. Newcomer Jannik Vestergaard has reportedly picked up an injury in training so will miss out in London.

The London Stadium has not always been an ideal home ground for the Hammers, but there will certainly be a raucous atmosphere on Monday night – and the side will no doubt take advantage of it. I think West Ham’s intensity and physicality will be too much for Leicester, and they will just edge a win over them.