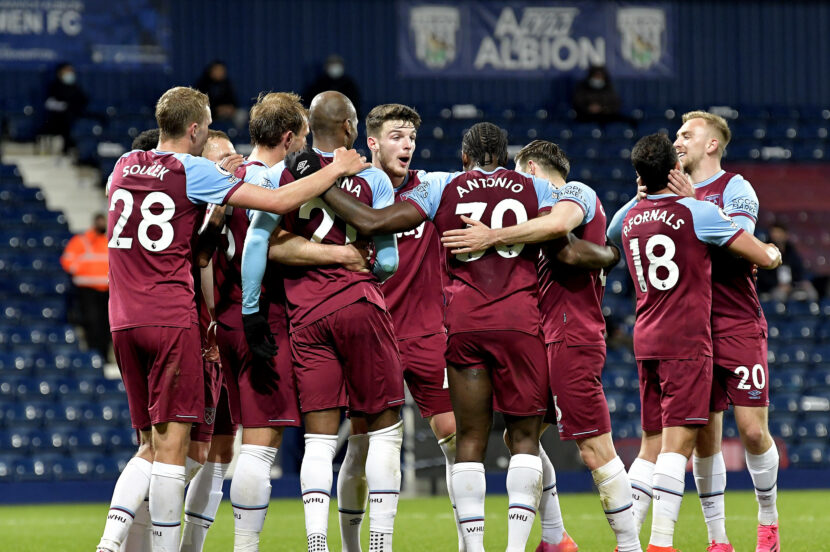 By Harry MahonPreviewRecentSpursWest Ham | 23 May, 2021

In the last round of fixtures of a peculiar season, West Ham fight for their place in a European competition, with Southampton being their final hurdle.

A spot in the Europa League is well and truly in West Ham United’s own hands going into this final gameweek. So much as a point against the Saints would guarantee sixth place for David Moyes’ men. It would be a stunning end result for the Hammers and would signify their best league finish since 1999. The possibility of West Ham achieving such a feat probably makes those fans travelling to the game that little bit more nervous. Indeed, a loss against the Saints would pave the way for Spurs to reach that crucial sixth position with a win in their match against Leicester.

The last push for what would have been a massive spot in the Champions League fizzled out, and thus there is bound to be an element of disappointment in the West Ham camp. Four points in five games caused this slight decline, and you couldn’t help but notice the drop in form in a couple of the players operating in the right of the midfield: Pablo Fornals and Tomas Soucek. The pair have been key in West Ham’s success this season, but have been a tad off the mark in those games that West Ham have lost. David Moyes will want a big performance from the two midfielders on Sunday.

Although there are inevitably some doubts, all signs point towards West Ham claiming that sixth spot for their own on Sunday. Southampton haven’t beaten the Hammers since 2017, and this season hasn’t exactly been a walk in the park for Ralph Hasenhuttl.

The Saints haven’t had much to play for since their FA Cup semi-final exit back in mid-April. But considering their tough run of fixtures since then, Hasenhuttl should take a moderate amount of confidence into next season. Saints fans will be eager to see their team return to the top-half glory that they had been reaching in the not too distant past.

However, you can’t help but feel that Southampton need to buck up their ideas in the summer transfer window. Takumi Minamino was their only January signing, but he’ll likely be travelling back to Merseyside when his loan ends in June. A bit of summer spending could go a long way for the Saints, as that crucial spark to open the game up is often missing.

Lukasz Fabianski had a slight problem with his knee ahead of the midweek fixture, so is a doubt to play in the final game in the season.

Meanwhile, Arthur Masuaku is still nursing his own knee injury and is not likely to play for West Ham until next season. Manuel Lanzini is also a large doubt to play with an injury issue he picked up earlier in the month.

Che Adams was forced off the pitch with a groin injury against Leeds and thus will be unavailable on the weekend. Elsewhere, William Smallbone and Ryan Bertrand are continuing to recover from longer-term injuries.

West Ham are the more likely team to go out with the bang, despite their unsteady form in recent matches. It’s also true that the Hammers have sixth place to secure, and will want to come out of the blocks quickly.