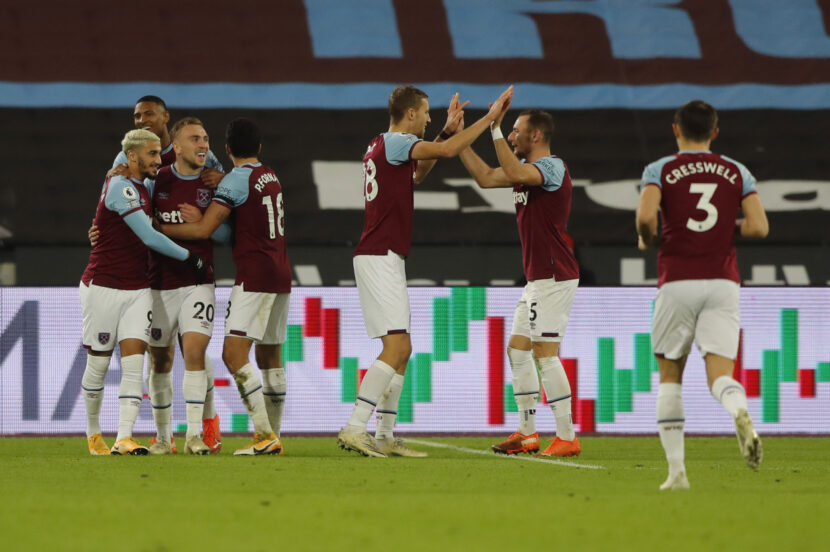 This weekend marks an occasion that symbolises the light at the end of the tunnel for the fortunate few; a limited subset of fans will be allowed to attend Premier League matches for the first time since March. While Burnley and Manchester City are unable to open their doors for their faithful just yet, West Ham United will welcome around 2,000 fans to the London Stadium for their weekend bout.

David Moyes takes on his former side on Saturday, as the Red Devils travel to the London Stadium, hoping to avenge their midweek Champions League loss to PSG. As of late, Ole Gunnar Solskjaer’s men have seemed a lot more comfortable on their travels than at home; they’ve suffered just a single defeat on the road this season, across all competitions – picking up seven wins in the process.

David Moyes too, is brimming with confidence. He revealed that Sir Alex messaged him recently to praise his work this season, and hit out at trolls and the media for calling him a ‘dinosaur’ lacking modern football intelligence. Indeed, Moyes’s men have had a wonderful start to the season – a complete antithesis to the side whose chairman was forced to speak in favour of the league table being frozen when West Ham sat 17th days after football was suspended due to the pandemic.

While their transfer dealings left fans with much to be concerned about, Moyes seems to have found the right group of players he can trust in. More importantly however, they seem to be able to grind out victories, even in matches where they’ve been lacking. Against Aston Villa most recently, they looked threatening about once in each half and scored on both occasions, coming away with all three points.

However, the same argument can be applied to United, in a slightly different way. They fell victims to the James Ward-Prowse show last weekend for the first 45 minutes but completely turned the game on its head for the remainder, eventually running away convincing victors. The narrative this builds is that Saturday’s game cannot be considered done and dusted at any scoreline until the final whistle blows.

Michail Antonio’s absence will be a huge blow to West Ham and David Moyes. He is ailing from a hamstring injury and will be a confirmed absentee. However, the backroom staff are hopeful that he won’t be too long away from a return. Andriy Yarmolenko returned to training this week after suffering from the COVID-19 virus. While Moyes did acknowledge that every player recovers at their own pace, he did confirm that Yarmolenko is “[he’s] back, he’s fit and healthy”. He will likely face a late fitness test and may start from the bench.

Ryan Fredericks has “a bit of a problem” with his groin, and he too is likely to face a late fitness test if he wants to feature on Saturday. Other than the aforementioned three players, the squad will be fit and available for selection

Marcus Rashford picked up an injury to his shoulder in the game against PSG. He is presently receiving treatment but should be a part of the traveling squad for this game. Whether he is called upon to feature or not depends on the healing progress made.

Defensive pairing Luke Shaw and Phil Jones will not be back in time for this game, with the latter expected to be unable to feature till around Christmas. For Shaw, a more realistic return date is next weekend; this game comes too early for him.

I believe West Ham will make it difficult for the visitors, who will also come into this game on the back of a fatiguing game midweek. However, I still believe the quality that United have and the potential of a heavily rotated midfield should give them a very narrow edge.