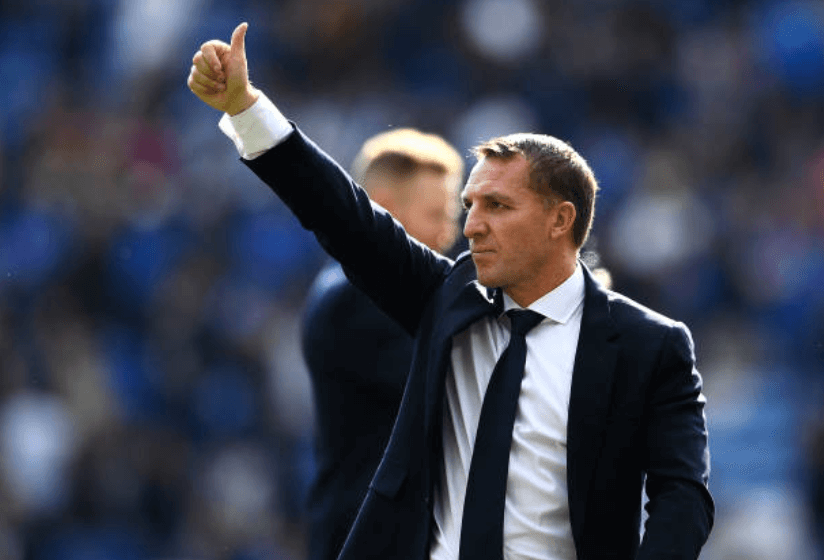 As much of the UK gears up in preparation for leaving Europe, there are a handful of Premier League teams all grasping to get to into it.

These teams are gearing up for a battle for the Europa League spots, or spot as the case often is, and this year the contest looks to be hotter and more populated than ever. From current claimants to last year’s near misses and some unlikely underdogs, this looks to be one of the most exciting battles for Europa League qualification in this year’s 2019/20 Premier League season.

At the end of last season, West Ham’s 10th place finish under manager Manuel Pellegrini had fans and onlookers alike wondering what the summer, and the next season, might hold for a promising team which had failed to fulfil its potential. But the Hammers have left no doubt as to their intent by opening their wallet and spending, in total, over £60 million for striker Sébastian Haller and midfielder Pablo Fornals.

With these additions, a summer of recovery and rest, the removal of Marko Arnautovic and the full return from injury of key forward Manuel Lanzini, West Ham will surely go into next season full of confidence and optimism. While the Europa League is certainly the goal, the question might not be ‘Can we do it?’, but rather ‘Can we exceed it?’

The spending, however, has certainly not been confined to London. Leicester have indulged in expensive transfers of their own, breaking their transfer record to secure Youri Tielemans, while also splashing the cash for Ayoze Perez and youngster James Justin.

After a tumultuous and emotional previous season, the club will be looking to push forward with their aspirations to return to European football after a dazzling Champions League campaign, in which they reached the quarter-finals only two years ago.

While the potential and looming loss of Harry Maguire may provide a set-back, Foxes fans will be confident that, with accomplished manager Brendan Rodgers at the helm, they are in store for another memorable and exciting season in which European football is brought back to the King Power Stadium once again.

Finishing last season a tantalising three points away from the promised 7th position, the blue half of Merseyside will be hoping it is not the last opportunity they have to secure those much-desired Thursday night games for those outside of the Premier League’s elite.

Their summer so far has had its ups, in the form of André Gomes’ permanent transfer and Fabian Delph’s arrival, but also some worrying downs with the recent departure of promising winger Ademola Lookman and Idrissa Gana Gueye’s move to French champions PSG.

But the summer is far from over, and Everton have been the basis of a number of transfer rumours for themselves, including £80 million priced Wilfried Zaha. There is little doubt that Everton will spend again before the window closes and, if they secure deals with players of Zaha’s calibre, it may give them the boost needed to close those three points and land themselves in seventh, or maybe even sixth.

It might, at first, seem silly to place Wolves here. They beat all these other teams to the spot last year, surely they should be up there in the top group battling for it again?

Unfortunately, as Sean Dyche and Burnley learned last year, achieving Europe can sometimes be more of a hindrance than it is a benefit. The usually long travel times and slew of extra fixtures, even during the qualifying rounds, can prove too much for a Premier League side lacking the depth of an established top-six outfit.

Wolves already have a small squad, with only 21 first team players, and reaching the heights of last year will be much harder when they’re up against strengthened teams who have fewer games to play.

Unless he significantly bolsters his squad, hugely popular boss Nuno Espirito Santo may struggle to deliver both his European and domestic aspirations this season.

Watford had, on the whole, a good previous season, placing 11th in the league and reaching the FA Cup final, even if the latter ended in a 7-0 drubbing. They have adapted well to Javi Gracia’s style and made a small but sensible signing in Craig Dawson, although there have been rumours that Ismaila Sarr could complete a transfer to Vicarage Road.

If Gracia can retain his squad and add some valuable additions, there is no reason they cannot convert a good previous season, and a necessary bit of luck, into European football next year.

As they have shown, notably in their FA cup semi-final, Watford enjoy being the underdogs and are fully capable of beating teams considered to be better than they are.

The Ones to Watch

Ralph Hassenhüttl’s St Mary’s revival has come into full force this summer, with a slew of signings including former loanee Danny Ings, Che Adams, and Moussa Djenepo, adding much-needed strength in the Saints’ attack. While last season’s final placement, 16th, may not be one that suggests great upward mobility for the south coast team, Austrian Hassenhüttl’s signings will give confidence to fans desperate to see their team compete somewhere other than around the relegation zone.

But more hope may lie in Hassenhuttl’s style: energetic, passionate and full of character – just like the man himself. A summer with this young squad and his new signings may just be enough for him to transform the saints into contenders for that Europa League spot.

Eddie Howe’s Bournemouth could also produce a surprise or two this year. Their previous season began well, and they were well within the battle for the prized European football. But their form de-railed as they headed into winter and they struggled to get going afterwards.

Howe has made few signings, with 20-year-old left back Lloyd Kelly, Phillip Billing and Arnaut Danjuma all arriving on the south coast, but another preseason gelling his team and improving their style will certainly not go amiss, although efforts could be hampered if they lose star players Nathan Aké or Ryan Fraser.

Should they survive the summer unscathed, and replicate their startling form of the beginning of last season, the Cherries could well be in with a shot of European football.

Caught in a relegation battle for most of the 2018/19 season, Burnley are the most unlikely of this trio to come near European places as their low-block, defensive-minded football is one of an understandably dying breed in the Premier League.

But it should not be forgotten that, at the start of last season, Burnley themselves were playing Europa League qualifiers over at Turf Moor. If Sean Dyche can organise his defence well enough, Burnely should, without the stress of extra games abroad that landed them in trouble last year, not be counted out of a battle that they won only one season ago.

While very unlikely, it would be foolish to completely rule out other Premier League sides – even some of those who have just earned promotion. Might Norwich or Sheffield United follow in the steps of Wolves and go from the Championship to the Europa League? The answer is likely not, but never is too strong a word ever to be used in the Premier League.

Ultimately, only one of these sides can place 7th (unless the top 6 is at last broken) and it is usually those who put the most money in, in a smart fashion at that, who gain the most. Needless to say, whoever it is that clinches Europa League football, it is sure to be a battle that is exciting to the last.