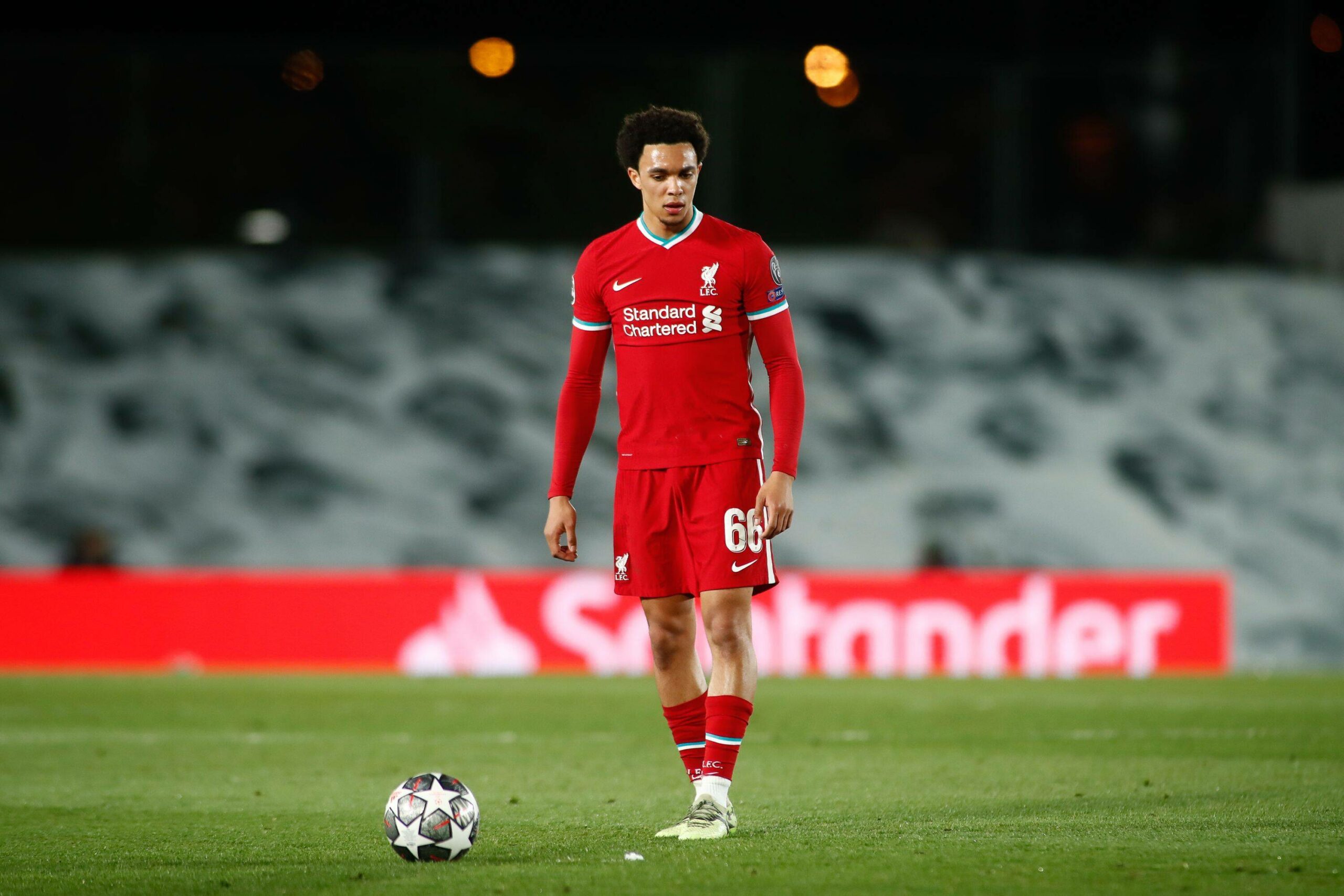 Liverpool: Why Alexander-Arnold must fix his frailties or lose a spot at the Euros

Gareth Southgate received equal parts praise and scrutiny after naming an England squad without Premier League and Champions League winner Trent Alexander-Arnold, but his decision to do so was telling. Like many of his teammates, Alexander-Arnold has been struggling this season as Liverpool continue to fall foul of poor form with a loss to Real Madrid. Southgate was not afraid to tell the right-back that he needed to up his game, and now fans are beginning to see just what the England manager meant.

In Madrid, Alexander-Arnold was not excluded from the failings of the rest of his team. He was sloppy in possession, guilty of giving the ball away too many times, and rarely productive in attack. His sloppiness in possession was especially painful, as it gave the Galacticos a free pass to assault Liverpool’s right-hand side, with Vinicius Junior twice scoring from Alexander-Arnold’s side.

There was hope that his inspiring performance against Arsenal was an upturn in his season. Yet the game against Madrid only further embedded the one label Alexander-Arnold cannot shed: he has become inconsistent and defensively vulnerable.

The past two seasons have been nothing but success stories for the Liverpool-born prodigy. His development was marked by trophies, iconic moments (“corner taken quickly…”), and backed up by numbers. In 2018/19 he scored one and assisted sixteen, and he only upped his numbers in 2020/21 – scoring four and assisting fourteen as Liverpool claimed the Premier League trophy. Even in those seasons, he would have games where he was off the pace or defensively frail. But nobody minded when he was racking up such fantastic statistics and whipping in such brilliant crosses. Now that those numbers have fallen away, the questions are coming thick and fast.

While his inconsistencies are routinely brought up, what’s more important to his England exclusion are his defensive shortcomings. To some extent, this is not directly his fault: Jurgen Klopp has Trent play very high up on the wings in possession, almost as a secondary winger behind Salah. This is Liverpool’s system, and it enables the right-back’s best attributes, such as his crosses and long passes. While in playing this system, he cannot be blamed for leaving the space behind him exposed.

But this lack of emphasis on defending means that he is often caught out when he has to perform defensive tasks. Alexander-Arnold is prone to being beaten one-on-one and his tracking of attackers leaves a lot to be desired. His attacking capabilities have allowed him to paper over these cracks – until this season brutally exposed them.

These are all issues that Southgate had spotted long ago and why he was hesitant to include the Liverpool man in his squad. Players like Reece James and Kyle Walker are able to contribute both defensively and offensively, more well-rounded for the role, and so Southgate chose them instead. But leaving him out has also sent a clear message: improve, or be left at home. Alexander-Arnold has his work cut out if he wants to go to the EUROs – failure to do so could see stunt his development into a superstar.