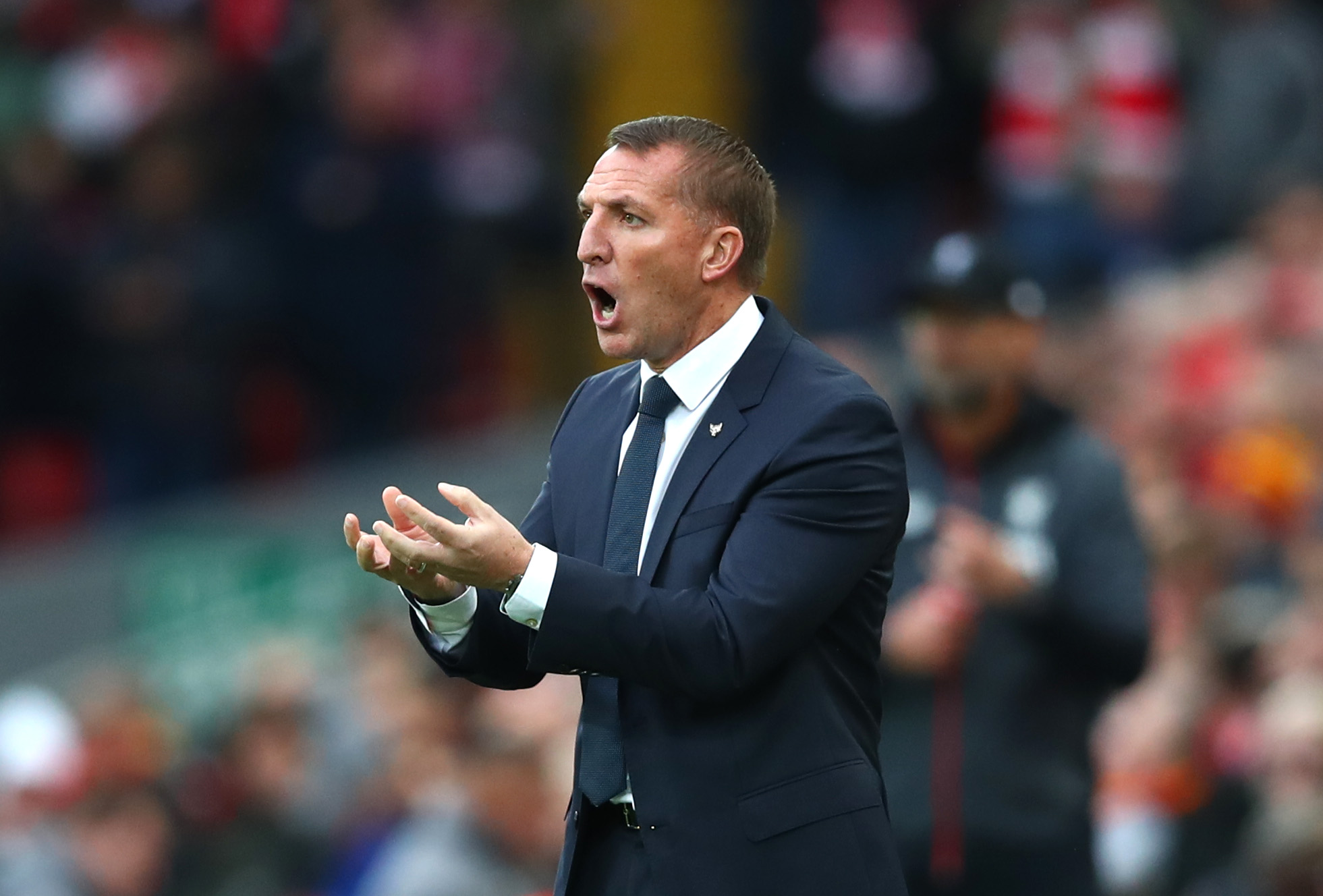 Since the departure of Unai Emery last week, rumours have been continuing regarding the possibility of Leicester City manager Brendan Rodger’s replacing him.

Freddie Ljungberg currently has the responsibility in the Arsenal dugout and his career as Arsenal manager began with a 2-2 draw at Norwich on Sunday afternoon.

The Foxes finished ninth last term as Rodger’s guided them from February, after taking over from Claude Puel. Yet this season, his young Foxes side are flying high in second place, winning 10 of their first 14 league matches this season.

A young and developing squad

Brendan Rodger’s has a young, talented and hungry squad, who seem to be responding to his coaching. James Maddison (23), Ben Chilwell (22), Youri Teilemens (22) and Wilfred Ndidi (22) are just a few of Rodger’s young guns who are part of the anchor in Leicester’s starting XI.

The average age of Leicester’s squad is 26.1, yet this is increased drastically by the likes of Jonny Evans, Jamie Vardy, Wes Morgan and Kasper Schmeichel, who are all over the age of 30. The latter players mentioned provide a needed sense of direction and maturity in a young and developing squad.

Leicester are an exciting team to watch this season and whilst they have one of the best defensive records across Europe, they also have one of the best-attacking departments in the league too, managing 33 goals this season with a goal difference of +24. Alot of this is to do with the young guns at the squad and there’s no doubt that these youngsters will continue to excel and develop under Rodger’s leadership.

Following the devastating loss of Leicester’s chairman Vichai Srivaddhanaprabha last year, Leicester are now guided and directed by his son, Aiyawatt, and the job he is doing would certainly make his father proud. The Srivaddhanaprabha family are one of the most caring and supportive owners in the league and they practice their faith considerably. Aiyawatt and the late Vichai have been known to send Buddhist monks to key parts of Leicester City and Aiyawatt recently invited Buddhist monks to bless the new training ground.

The club opened up a memorial garden to mark the anniversary of Vichai this year and the cities children’s hospital has even named both of its intensive care units after the late Vichai due to his family’s generous donation of £2m.

This was one of many donations Vichai and his family have donated to the city of Leicester, alongside numerous freebies to the fans such as free mince pies and beer before last seasons’ Boxing Day fixture against Manchester City. These willing gestures show that the Srivaddhanaprabha family are there to stay in Leicester and Rodger’s will certainly have their full backing.

New infrastructure being put in place

Leicester City are continuing to build a new state-of-the-art training facility as well as looking at plans to increase their stadium capacity. The new training facility will allow the club to continue excelling and will give them greater possibilities in developing youth and developing the senior squad.

The £80m project is due to open in the summer of 2020 and just another example of the effort the owners put into making this a great club. The King Power Stadium, which currently holds 32,500, is undergoing plans to be developed into a 40,000 seater stadium too which will only increase the outstanding support on matchdays.

There is no questioning the support at the King Power Stadium, with many always mentioning the raucous atmosphere they are greeted with when they attend. During the outstanding Premier League title win of 2015/16, the King Power was once held responsible for creating an earthquake, as Leonardo Ulloa tucked away a 90th-minute goal for the Foxes to see off Norwich.

The fans are loyal to the club and thankful for the opportunities the Srivaddhanaprabha family have allowed them to partake in and these fans are here to stay and would love Rodger’s to be at the helm for the foreseeable future.

Rodger’s has admitted in the past there is an exit clause in his contract but stated on the matter: “Why would I want to leave Leicester City at this time?” The North Irishman’s current contract at the King Power runs until 2022 and he seems very happy in the East Midlands at this moment in time.