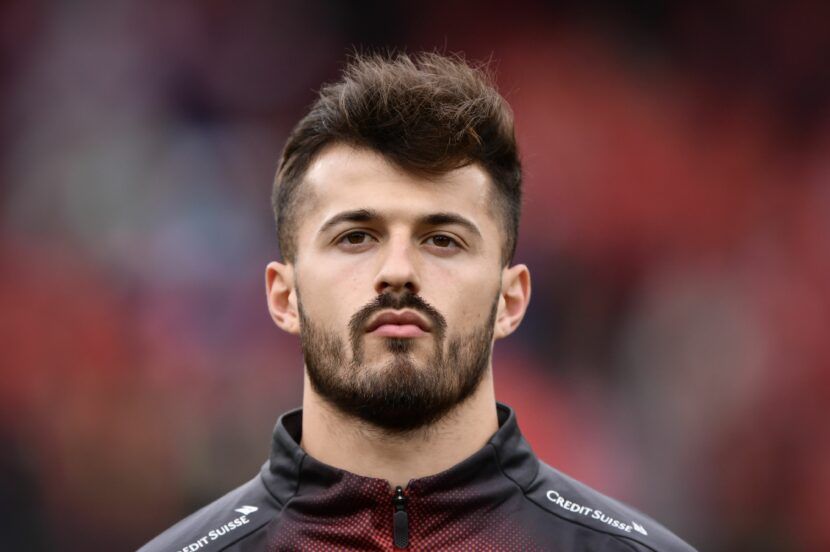 Over the summer West Ham United invested in two strikers: Sebastien Haller arrived to much fanfare after breaking the Hammers’ transfer record with his £45m move from Eintracht Frankfurt, whilst Albian Ajeti made a considerably less notable arrival from FC Basel around the same time, but the latter is yet to truly make an impact at the London Stadium.

The Swiss striker has featured eight times in the Premier League all of which have come as a sub, totalling a meagre 128 minutes of top-flight action. Given he has featured for an average of 16 minutes per appearance, it is hardly surprising he is yet to break his Premier League duck or provide an assist this term, as per WhoScored.

Manager David Moyes even delivered a cruel blow earlier this season by saying: “[I’m] looking over my shoulder and wondering ‘what can we do here to alter things?’ and in truth, we didn’t have an awful lot”. He was referring to his bench and namely Ajeti in particular. The comments cannot have helped the 23-year-old’s dwindling confidence one bit, and that is why he needs a loan move to get back amongst the goals.

When in his native Switzerland, Ajeti was a fearsome goal scorer, finding the back of the net 43 times in 96 appearances, while also providing 21 assists during his time with FC Basel. The step up to the Premier League appears to have been too dramatic for the 23-year-old, and he could probably benefit from time spent elsewhere to get his confidence back to the levels prior to joining the Hammers.

Ajeti, valued at £5.4m (Transfermarkt), is a ten cap Swiss international and given his international standing there is still a chance if given the right circumstances he could thrive in the Premier League. But given he is being offered so few minutes in the league that is unlikely to happen with West Ham at the moment.

Evidently from his time back in the Swiss Super League, there is a fearsome striker inside of Ajeti, but his transition to the English top-flight has been too sharp of an adjustment to manage. If he can escape the London Stadium after this season and get his career back on track elsewhere, he could return to West Ham as a genuine first-team prospect.