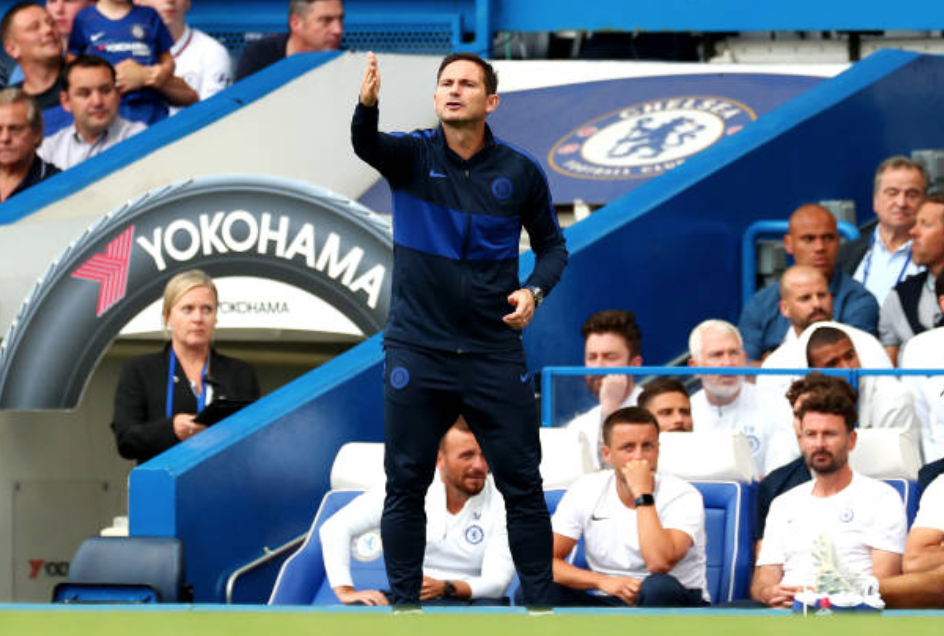 Chelsea face a tough return from the international break when they take on a revitalised Wolves at Molineux after their successful qualifying pilgrimage to the Europa League. Wolves will be hungry for this fixture after taking four points in their fixtures against Chelsea last season, especially considering the Blues have drawn against both Leicester City and Sheffield United so far this season.

Wolves have yet to record their first Premier League victory of the season but only tasted their first defeat last time out against Everton in a dramatic 3-2 thriller. Boly added to their despair after losing his composure to get a last-minute second yellow card and be sent off meaning he is not available for selection at Molineux.

A positive from the game is that Wolves breached an Everton defence which had not conceded at Goodison Park in 549 minutes of football. Nuno’s men have gotten used to having to play against European opposition before a Premier League game, but the international break has given a few in his squad the opportunity to regain energy to be at their best against Chelsea.

Chelsea sit above Wolves after registering one win along with a loss and two draws. They have scored six goals in the process but have also conceded eleven. They rebounded well after an opening 4-0 defeat against Manchester United but they’re still off the pace, with Frank Lampard about to encounter what may prove to be his most difficult week yet as Chelsea boss.

After facing Wolves, Lampard will host his first Champions League fixture as manager against Valencia before taking on the only Premier League team to have a 100% record so far this season, Liverpool. The common defensive lapses and errors are becoming a big concern for Chelsea and this is something that the club hope has been addressed over the international break. With the return of Rudiger and Kante, Chelsea can expect their defensive performances to improve.

Last season’s reverse fixture saw Jota and Jimenez stun Stamford Bridge when they meticulously cut through Chelsea to open the scoring. Rui Patricio prevented Chelsea from getting back into the game until Eden Hazard familiarly dug Chelsea out of it with a 92nd minute curled effort from 20 yards.

Preceding this, at Molineux, Wolves came out victorious despite going behind to Rubens Loftus-Cheek’s deflected goal. Chelsea wasted a few more chances before Jimenez got the equaliser in the second half with his Portuguese strike partner, Jota, bagging the second four minutes later.

Nuno usually doesn’t have to worry about his squads fitness but with Boly suspended for Chelsea’s visit and Romain Saiss being doubtful after he was withdrawn from the Morocco squad, he may have to hand a Premier League debut to Jesus Vallejo on Saturday. Vallejo has featured for the Midlands club this season during their Europa qualifiers.

Raul Jimenez could be touch and go after Mexico completed their international fixtures early Wednesday morning. This could give another starting opportunity to Patrick Cutrone as the sole striker rather than partnering with Jimenez. However, it is unlikely that Nuno will want to sideline his star striker. Traore will remain in place instead of Matt Doherty who is still unavailable after minor surgery.

Otherwise, Nuno will keep the other nine positions to his favoured starting line-up which Wolves became so accustomed to with his small squad last season.

Frank Lampard doesn’t have a straightforward job selecting his starting XI as players are returning from injuries and others have picked up knocks in recent weeks making them doubtful. Antonio Rudiger will likely be introduced for his first Premier League game of the season after recovering from a knee injury. However, he may not replace Zouma, who has been under fire over his defensive errors, as Emerson Palmieri sustained an injury playing for Italy, leaving the door open for Marcos Alonso.

Moving forward, N’Golo Kante could be contending for his starting position in front of the defence after an ankle sprain and could be replacing Mateo Kovacic, who has obtained an Achilles problem. Ross Barkley’s appearances for England could give Lampard the idea to rest him which could see Willian step in to see if he can ignite his season.

Pedro, Rubens Loftus-Cheek and Callum Hudson-Odoi remain doubtful while Reece James will still be out of contention despite returning to training following an ankle injury. Lampard’s lack of available fit players may mean he will be forced into calling up players who are at high risk of aggravating a previous or current injury. With European matches approaching, he will be concerned about risking players who are not fully fit to return.

The international break provided some much-needed time away from the Premier League for both clubs. Wolves have been incapable of obtaining their first win whilst Chelsea can’t seem to stop throwing away leads and gifting goals to weaker opposition. Chelsea have surprised critics regarding their attacking play but they visit Molineux where Wolves have been unbeaten since January 2nd – a run of 15 matches.

Wolves can soak up pressure and the high press isn’t a problem for the home side’s back line. If they aren’t on their game, they could be exposed, especially given Mason Mount’s and Tammy Abraham’s form. Both sides are likely to chalk up a goal each but it’s unclear whether a leaky Chelsea side can best a winless Wolves and vice versa.