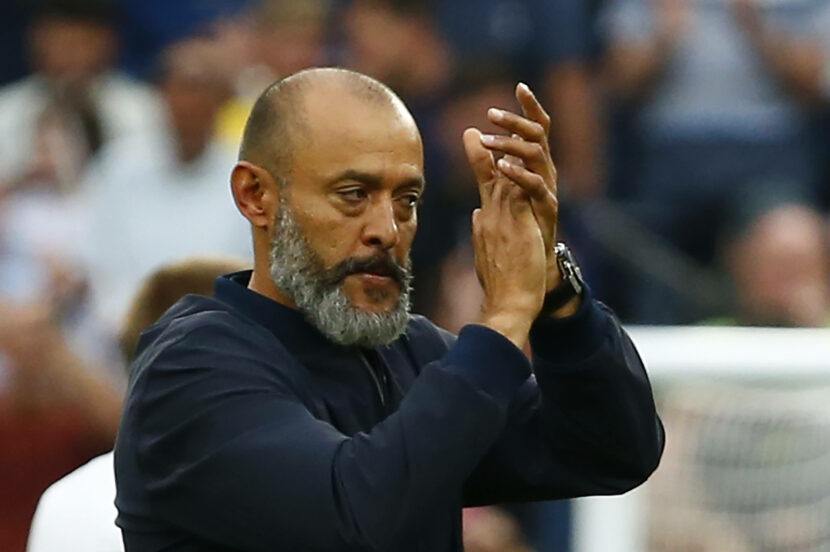 Unlike Spurs, Wolves have enjoyed an empty week fixture-wise, but the new head coach Bruno Lage will not have had his team resting extensively following their 1-0 defeat to FA Cup winners Leicester in the opening weekend. The loss was a disappointing start, but the West Midlands outfit did not show many signs of bluntness in the game, and will be eager to disprove any suggestions of such.

Returning from the horrific skull fracture he picked up around nine months ago, Raul Jiminez’s performance indicated that the injury has not negatively affected his attacking quality or positive morale. Tottenham’s interim manager of last season Ryan Mason would have been rooting for the Mexican’s swift recovery, after enduring a similar skull injury himself and eventually having to retire from playing. Jiminez showed no physiological evidence of a serious knock, and involved himself heavily in the match.

However, with one attacker back from a long-term injury, another will remain absent, with news circling that winger Pedro Neto could be out until February, following difficulties in his recovery from a broken kneecap injury. As a result, the club are in pursuit of a replacement in the form of Goncalo Guedes, who currently plays at Valencia. Fans will be keeping an eye on the developments of the potentially crucial transfer, and whether it will become a done deal by the end of August.

Spurs defiantly edged out a 1-0 win against reigning champions Manchester City last Sunday. This may seem more of an upset to some than to others, but the fact that Tottenham have won all four of their matches when hosting the Citizens at the new Tottenham Hotspur Stadium certainly raises eyebrows. However, the nature of Sunday’s victory was a convincing one, no doubt due to the absence of one Jose Mourinho at the club.

While Tottenham inched their way closer to the final whistle, chants of “are you watching, Harry Kane?” circulated around the ground, indicative that Spurs fans are unappreciative or what could be described as arrogance on the England striker’s part, for wanting a move away from London – particularly one to the sky blue side of Manchester. The fans were possibly exhibiting arrogance themselves, but it wasn’t misplaced – Tottenham saw out the game in a composed fashion without their supposed talisman.

The extra European adventures aren’t on hold for Tottenham Hotspur – not even in between the first two gameweeks. Spurs had to travel to Portugal to take on Pacos de Ferreira in the first leg of a Europa Conference League qualification match. However, most of the first team were not on the plane – perhaps excusing the 1-0 defeat they suffered against the Portuguese outfit that finished fifth in the league last season.

Pedro Neto is set to sit out at least the rest of the calendar year following complications with his recovery from a kneecap injury picked up in April.

Nothing much has been said about Jonny’s long-term ACL injury, but it seems clear that the midfielder will remain out for the time being.

A hamstring issue has kept new signing Yerson Mosquera from making his debut for Wolves, and the 20-year-old remains a doubt to play on Sunday. A similar injury for Wilfried Boly means he is also not expected to feature. Elsewhere, Daniel Podence seems to be edging closer to a return to training.

Spurs don’t have any injury problems to worry about, with Harry Kane the only doubt for Sunday. Most have their suspicions that is not purely a fitness issue, and likely has more to do with the repetitive rumours circulating about the striker’s uncemented position at the club.

Wolves have a knack of making Spurs work hard for points, both home and away. Spurs’ impressive win against Manchester City doesn’t actually buck any trends, and thus Sunday’s game may give us more of an indication about the effect Wolves’ former boss is having in North London.