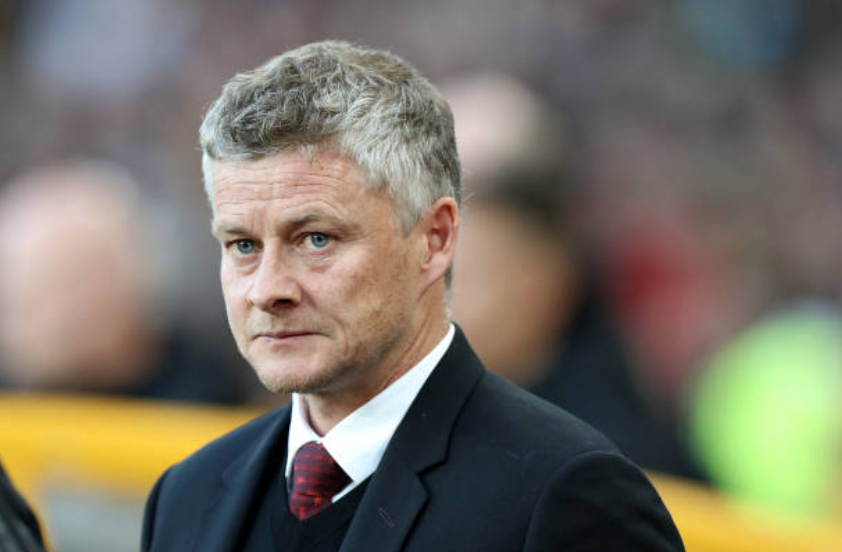 Wolves and Manchester United shared the points on Monday night in a very evenly fought match at Molineux Stadium.

The Red Devils started well, dominating possession and looking bright in attack. Solskjaer’s men continued to control the game for much of the first half and were soon rewarded with the opening goal.

Anthony Martial put his side ahead in the 28th minute with a sublime finish. The French attacker latched onto a perfectly weighted pass from Marcus Rashford and thumped the ball past Rui Patricio in the Wolves goal to score his 50th goal in a Manchester United jersey. United saw the rest of the half out comfortably and David de Gea spent much of the opening 45 minutes as a spectator.

The second half was a different story though as the home side came out swinging after half time. Adama Traoré replaced Matt Doherty for the second half and gave Wolves a much more direct outlet – the Spanish winger’s surging runs gave Shaw and Maguire plenty of problems and helped inject a much-energy and ambition that Wolves lacked in the first half.

Fans were treated to a goal of the year contender when Ruben Neves equalised for the home side in the 55th minute with a stunning strike from outside the box. De Gea was left with no chance when the Portuguese midfielder hammered the ball into the top right-hand corner from eighteen yards out after a well-worked corner routine that came straight off the training ground.

United looked shaky after conceding but were given a golden opportunity to retake the lead in the 67th minute when Paul Pogba won a penalty. Despite Marcus Rashford’s successful conversion from the spot last week against Chelsea, it was Pogba himself who stepped up but the Frenchman was denied by a brilliant save from Rui Patricio to set up an enticing final twenty minutes at Molineux Stadium.

United never really recovered after conceding the equaliser and missing the penalty and will be happy to have seen the game out at 1-1. Wolves too will be delighted to salvage something from the fixture after a poor first half to claim their first upset of the top six this season.

All in all, a draw was a fair result for two sides still finding their feet at the start of the season.

Much has been made of the 22-year-old midfielder since he swapped northwest Portugal for the West Midlands for a club-record fee of £15.8m in 2017. It is not surprising that, after two impressive seasons at Molineux Stadium, both Liverpool and Manchester City are rumoured to be interested in the player and his departure for a bigger club seems inevitable in the coming years.

Neves looked the complete package on Monday night and played with a maturity that belied his years. Strong in possession with great vision and a ferocious shot, Neves is also not afraid to do the midfield dirty work as evidenced by his tactical foul on Daniel James in the 88th minute to prevent a United counter-attack.

Wolves’ meteoric rise from the Championship to top-six contenders is in no small part due to their midfield talisman and Nuno Espírito Santo will be hoping he can keep him for as long as possible.

Wolves are a very tidy outfit who look like they have been playing top-flight football for years. As one of the most exciting sides to win promotion to the Premier League in a very long time, there is also a pragmatism to Santo’s side as their playstyle is adaptive to their opposition.

While they had a poor first half on Monday night, the introduction of Traoré for Doherty galvanised the side and gave them the dynamism necessary to get back into the game. Their core group of efficient and productive ballplayers is delicately balanced by more direct players like Traoré and Santo has proven himself to a smart and versatile tactician.

Wolves took many points from the top-six last season and they could well improve on the 7th place finish last season if they continue to adapt and evolve.

Much like last season, United again struggled to dominate the game when in the lead and failed to put the game out of reach for their opponents.  More worryingly, Solskjaer’s men never seem capable of getting back into a fixture once they have conceded and this fragility was once again on display on Monday night.

Of course, things could have been different if Pogba converted his penalty but that incident highlights a lack of authority and vision from their manager. A club like United should have designated set-piece takers to avoid situations like we saw on Monday night.

The disappointing result cannot be blamed solely on the squad as Solskjaer’s game management was also very poor on Monday night. The Norwegian was ponderous on the sidelines and waited until the final five minutes before making a substitution. Both Jesse Lingard and James were having a poor evening and Solskjaer’s decision to wait until the 85th minute to shake things up baffled the traveling fans. Solskjaer will need to be more decisive in his tactical decisions this season if they are to seriously challenge for the top four. First on his list should be deciding who takes penalties though.

Despite not getting the result they wanted, United’s new-look back four are showing promising signs. It was evident in the first half that the defensive solidity offered by Harry Maguire and Aaron Wan-Bissaka gave United more confidence going forward.

Maguire was excellent in possession and seems to be forming a good partnership with Victor Lindelof while Wan-Bissaka was solid at right-back with nothing getting past him.

Neves’ goal will no doubt be a contender for goal of the season but the Wolves faithful had delay their celebrations as referee Jon Moss consulted VAR before awarding the goal. There were some questions about whether or not Joao Moutinho was offside in the build-up and, although the goal was rightfully awarded, many Wolves fans were upset their raptures were delayed as Moss reviewed the VAR. VAR is undoubtedly a positive addition to the game but moments like these will leave a sour taste in the mouths of passionate fans.

United host an already beleaguered Crystal Palace at home this weekend where they hope to get back to winning ways. Wolves face a tougher test against Burnley who will be looking to bounce back after their defeat to Arsenal.