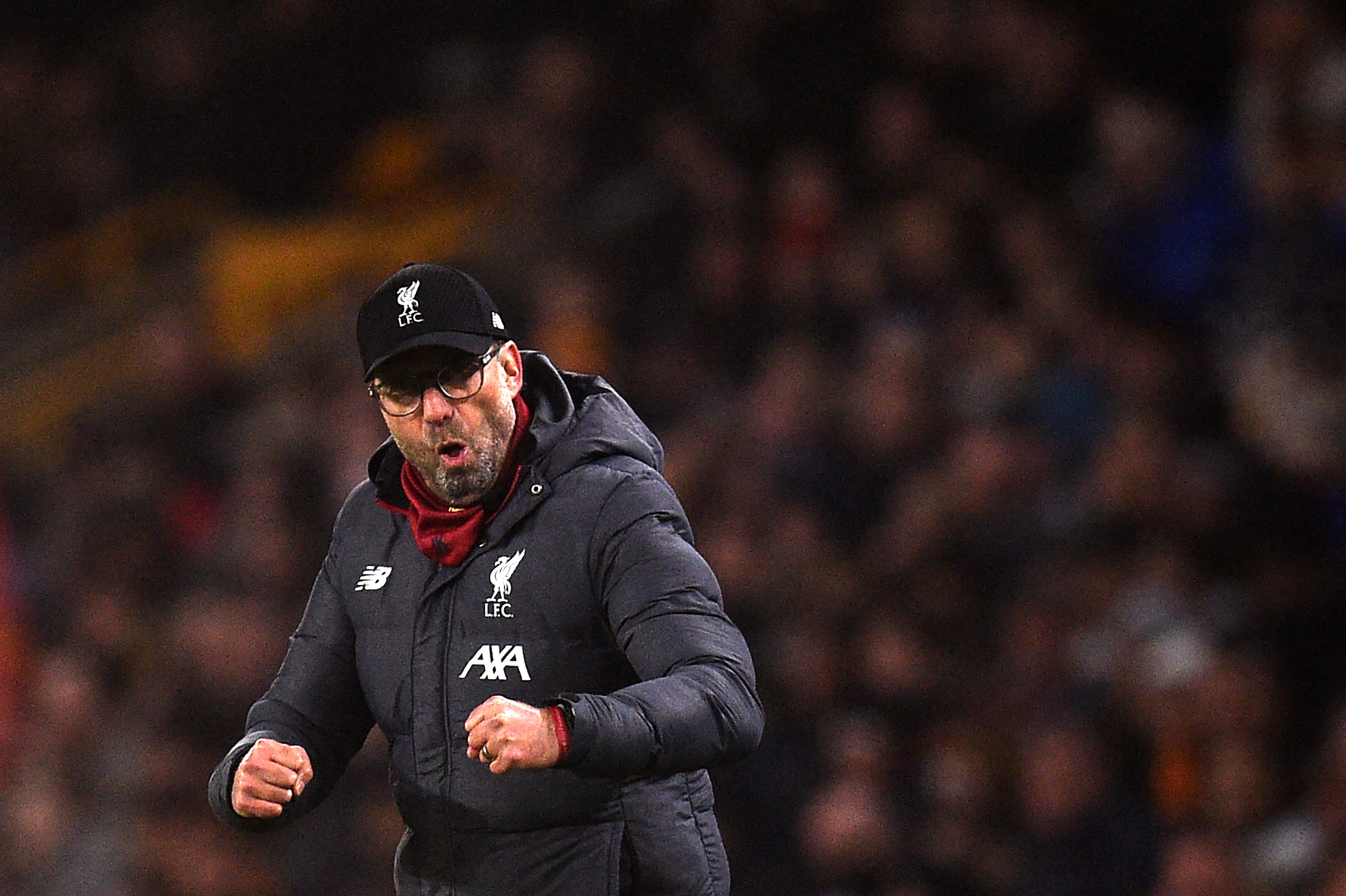 Roberto Firmino scored a late winner at Molineux to secure all three points for Liverpool despite a fine performance from the home side.

Arguably Jurgen Klopp’s side most difficult game of the campaign thus far, Wolves more than matched the league leaders in a terrific game of football. This record-breaking Liverpool side are now 40 games unbeaten in the Premier League and are in the perfect position to end 30 years of pain for their supporters.

Jordan Henderson scored just his second league goal of the season to open the scoring for the Reds, heading home from a Trent Alexander-Arnold corner. The Liverpool captain has been a star performer during the last 12 months for the Merseysiders, and his exceptional form of late has meant that the absence of Fabinho through injury has barely been felt. With the Brazilian returning this week however, it is expected that Klopp will move Henderson further up the pitch in order to accommodate both Henderson and Fabinho in the same team.

Both sides missed chances before half time, before a superb counter-attack early in the second half led to Raul Jimenez equalising for the hosts. The Mexican combined superbly with the ever-threatening Adama Traore to power a header past Alisson, as Liverpool conceded their first goal in eight matches. The speedy winger was excellent throughout and was a menace for the seldom troubled Andy Robertson, who endured a rare off night against one of the Premier League’s surprise stars of the season in Traore.

Wolves threw everything at the visitors, but Liverpool did not buckle. We’ve heard it all before, playing poorly and winning is the sign of Champions, and this match epitomised that perfectly. The table-toppers struck in the 84th minute through Firmino, after neat play from first Mo Salah and then Henderson, adding an assist to his earlier goal. The Brazilian striker took his chance superbly, rifling into the top corner with his weak foot to leave Rui Patricio rooted to the spot.

Diogo Jota missed a huge chance to level in the dying embers of the game, but Liverpool held on. The win did come at a cost, as Sadio Mane came off with an injury in the first half, although it is not thought to be too serious. Firmino’s late winner takes Liverpool to 67 points from a possible 69. It’s their year, surely?

While it has not necessarily been his most prolific season for Liverpool, Roberto Firmino has come up with a number of vital goals this season. Winners in crucial away games against Crystal Palace, Tottenham and yesterday show the value he holds in Liverpool’s team. He also scored the decisive strikes in both Club World Cup matches. The Brazilian forward has always been an essential cog in Klopp’s well-oiled machine, but now he is starting to get on the scoresheet more with six goals in his last eight games.

Can Wolves keep hold of their prized assets?

Both Raul Jimenez and Adama Traore have been outstanding this season, with the latter in particular drawing attention from some of Europe’s biggest clubs. Keeping hold of them this summer could prove a big ask for the Midlands club, but the way they linked up for Wolves’ equaliser shows exactly why the likes of Manchester City are sniffing around. If they are sold, it is certain that Wolves will collect a hefty sum for their services.

Alisson proves his worth again

When you watch Liverpool’s number 1 between the sticks, he rarely makes flying saves similar to the likes of David de Gea and Huge Lloris. However, he does all the basics so perfectly, in terms of his positioning and handling, he often doesn’t need to. With the score at 1-1, he first got down fast to deny a rasping effort from Traore before staying big to prevent Jimenez from bagging a potential winner. We have seen other goalkeepers at the big clubs fumble crosses that Alisson catches, or parry shots into the danger zone that he holds onto. Doing these basics right is what makes him the world’s best goalkeeper.

Can Wolves make the top four?

With the top three seemingly locked down, it looks like it will be a shootout for fourth place. While Chelsea sit six points clear of fifth-placed Manchester United, their run of results has seen them falling back to the rest of the pack. United, Spurs and Wolves all have 34 points and could pounce on any slip-up from Chelsea.

One thing for certain is that there are few tougher stadiums to win at than Molineux, but Wolves will have to improve on the road if they are to secure Champions League football. What a remarkable feat that would be for a club who were in the Championship two years ago. It is testament to the fantastic job that Nuno Santo and his team are doing at the moment.

Liverpool travel to Shrewsbury Town in the FA Cup on Sunday before a trip to West Ham in midweek to make up for the missed game during the Reds’ visit to Qatar for the Club World Cup. Wolves next return to action against their rivals for European qualification, Manchester United. That doesn’t sound too bad, does it Wolves fans?