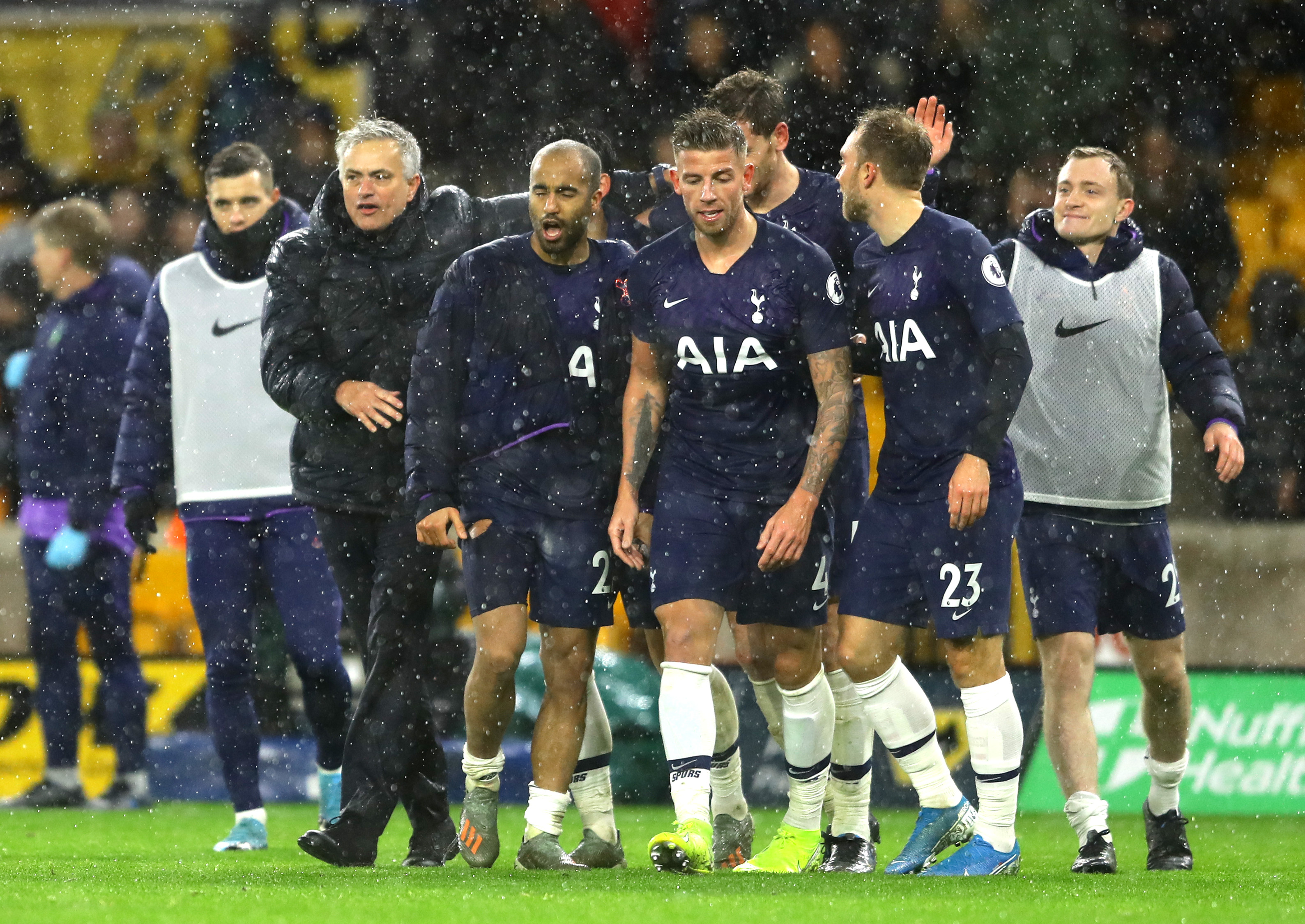 In a Portuguese duel, it was the apprentice who was defeated by the master at Molineux in a thrilling match as Mourinho’s Tottenham took all three points in a pulsating 2-1 victory against Wolves.

It was a fast-paced game from the off with both sides testing each other’s defences. It only took eight minutes to break the deadlock after a thunderous Lucas Moura shot into the roof of the net. Moura’s individual effort may have been the only shot to yield a goal but both teams put on high intensity attacking performances, making a very open game. Wolves pressured for extended periods but another solo effort came from Eric Dier which struck the wrong side of the post to go wide.

Wolves continued to keep the pressure on Spurs and looked threatening while the away side looked to break on the counter. All of Wolves’ efforts seemed futile until, for a moment, Spurs allowed Traore to hold the ball unchallenged on the edge of the box.

The Spanish winger then followed in Neves’ footsteps and rifled an absolute bullet into the top corner, bringing it level at 1-1. Wolves continued to look the more dangerous team. Both teams were committing cynical fouls to prevent the other getting on top until Vertonghen’s 91st-minute header from 12 yards was powered into the bottom corner, just out of reach from Patricio. Another classic match at Molineux ended with Mourinho getting his second away win as Spurs manager.

Wolves have established themselves as a giant slayer since their return to the Premier League after mounting an incredible record against the top six. Spurs will know all too well how dangerous Wolves are in this David and Goliath clash after the Midlands side defeated them 3-1 at Wembley in the reverse fixture last year and put up a fight in the London’s side 3-2 victory at Molineux.

The fact Wolves had only lost two at Molineux since January 2019 and have scored in all but the opening game of the season proves the quality of this side. However, Spurs left Molineux with all three points bringing Wolves’ eleven game undefeated streak to an end.

Tottenham saw less possession and in true Mourinho style, defended in a deep block preventing long shots and gaps opening for Jimenez in the middle. This didn’t mean the pace of the game was slow. Wolves moved quick with the ball to try and expose Spurs from out wide while Tottenham looked to threaten with long balls and rapid counter-attacks.

Mourinho understood how threatening Wolves are on the edge of the box and out wide and despite being under mammoth amounts of pressure, remained solid and kept Wolves out for the most part. Despite the defensive nature of Spurs, it was still an enticing game as for most parts, it looked like each attack could produce a goal. As the game slowed, it allowed Spurs more of the ball and Wolves’ frustrations shone through as they pushed forward and retained the ball.

It seemed Mourinho’s tactics to contain the home side prevented any clear-cut chances being unleashed on Gazzaniga’s goal but they nearly bit the bullet themselves after Wolves equalised and looked the team more likely to go on to win the game. Despite their positive defensive performance, they were unable to keep a clean sheet and a rare final attempt on the Wolves goal luckily dragged Tottenham over the line. The tactics were enough to beat Wolves today, even though a draw was probably a fairer result.

Both clubs have been competing in European competitions during the week this season. Spurs have qualified below Bayern Munich in the Champions League while Wolves have qualified below Sporting Braga in their debut season in the Europa League. Despite both teams having already qualified for the knockout stages prior to their final group game, both fielded relatively strong teams to push for the top spot in their group.

Spurs qualified with three wins, a draw and two losses and Wolves recorded four wins, a draw and a loss. Pochettino lead Tottenham into their European campaign with the following Premier League games ending in three losses and a draw. Under Mourinho, they beat Bournemouth in his debut match and now an impressive Wolves side.

Wolves, on the other hand, have dealt with their Premier League fixtures following a Europa League game much better having won two and drawing three even beating Manchester City as one of these results but just losing out today against Spurs. Granted the level in quality both teams have faced has been different, however, Bayern Munich are the only real Champions League challengers along with Spurs in their group.

While Tottenham’s league games after European matches were fruitless under Pochettino, Mourinho has certainly proved that Spurs can cope with a European hangover. Nuno has shown that his squad are not as severely affected by their European fixtures but they will have to go an extra round than Spurs considering the Europa knockout stage begins with 32 teams compared to the Champions Leagues 16 teams. Which team will go further in their respective European tournaments?

The Brazilian winger has fallen out of favour with Pochettino this season even though he produced some memorable heroics for Spurs in the Champions League last season when stepping in for the injured Harry Kane. His semi-final hat-trick against Ajax will go down in Champions League history and bought Spurs back from the dead and into the final. Only for his heroics during the competition to be rewarded by starting on the bench against Liverpool in the final.

This season, Moura was struggling to get a full 90 minutes under Pochettino, in the Premier League. He only completed three full matches against Aston Villa, Newcastle and Everton and was handed cameo roles in the final five minutes of most games or not used altogether. He featured more regularly in cup competitions but only got a full game against the embarrassing defeat against Colchester. He was only able to score against Manchester City (PL) and Olympiacos (CL) and registered one assist against Villa (PL).

Since the Portuguese coach has replaced Poch, Lucas Moura has featured in all seven games with him playing over two-thirds of the match in the majority of the game. While he seemed to be favoured as a super sub under Poch, Mourinho believes he should be starting most games.

Moura has rewarded Mourinho for his belief in the player and has scored three in five Premier League games and assisted in the Olympiacos victory. His influence in recent games has increased and in this free-scoring Tottenham side, you can only anticipate Moura will continue to be involved in Spurs’ goals. As he picked up the ball from deep today, Wolves regularly bought down the pacey winger, knowing the threat he brings on the counter. Will Moura continue to improve his form under Mourinho?

Wolves travel to Norwich next weekend while Spurs host one of Mourinho’s old clubs, Chelsea. Tottenham take fifth in the table ahead of Manchester United while Wolves drop to eight, just one point behind Sheffield United.