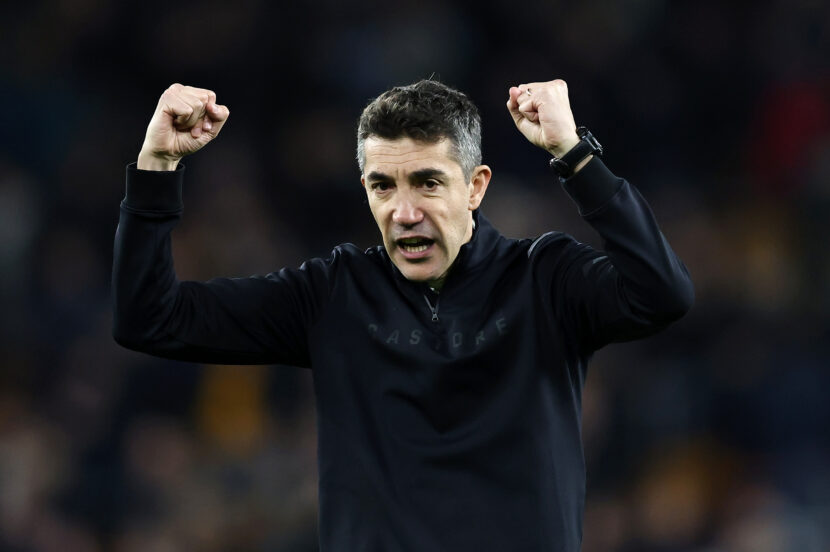 Wolves face the unenviable task of hosting a resurgent Liverpool side who have scored four goals in each of their last three Premier League matches.

In what will be a true test of his side’s defensive capabilities, Bruno Lage will be looking for a repeat of the three successive clean sheets which have helped see his side climb up the table. The West Midlands club now sit in eighth, level on points and goal difference with Manchester United. Should they upset the odds and claim all three points against today’s opponents, and if other results go their way, they could finish the day in the top four.

What makes their strong form all the more impressive is the fact they started the season with three defeats in three games, failing to score a goal in the process. However, followers of the club will tell you that the results did not reflect their performance level.

Impressive wins against the likes of Aston Villa, Everton and West Ham followed in the ensuing months, but their progress has stalled slightly in their last two matches, with 0-0 draws coming in winnable fixtures against Norwich and Burnley. Today’s encounter against title chasing Liverpool starts a very tricky run of games leading up to the New Year, where they will also face Manchester City, Chelsea, Arsenal and Manchester United. Picking up the odd point here and there against the likes of these will do no harm to their European ambitions.

Liverpool meanwhile have looked imperious since losing 3-2 to West Ham at the start of November. Arsenal, Porto, Southampton and Everton have all been brushed aside with consummate ease with many players finding their top form once again.

Trent Alexander-Arnold and Diogo Jota enjoyed fruitful Novembers and were deservedly nominated for the Player of the Month award, while Andy Robertson looked back to his best against Southampton and Everton. With players returning from injury, this is a crucial period for a Liverpool side who still harbour ambitions of winning the Premier League title. However, given the relentless pace set by Chelsea and Manchester City, any dropped points feel catastrophic for Jurgen Klopp and his charges. Today is another day where they simply can’t afford to lose.

Since Wolves returned to the Premier League in 2018, the Merseysiders have won all six of their league encounters.  Other than a couple of FA Cup triumphs in 2017 and 2019, Wolves have in fact lost their last nine in the league against today’s opponents. A point would be a good result for the hosts today.

Ruben Neves is back in the squad after missing out against Burnley through suspension. The Portuguese midfielder could replace Leander Dendoncker. Daniel Podence is still doubtful after suffering from Covid. Fernando Marcal is another suffering from Covid, while Pedro Neto, Willy Boly and Jonny will all miss today’s clash.

For Liverpool, Naby Keita and Joe Gomez remain unavailable but should return to full training next week, while Roberto Firmino and Curtis Jones must remain patient for another couple of weeks. The midfield trio of Jordan Henderson, Fabinho and Thiago has cemented itself as Klopp’s preference, but Alex Oxlade-Chamberlain and James Milner will be pushing for starts given the fixture congestion coming this month.

While it is unlikely that Liverpool will score four, it is hard to see them not leaving the West Midlands with all three points given their strong form. The visitors do have the occasional blip in games, like they did against Everton in midweek, where they take their foot off the gas and allow their opponents back into it. With a raucous home crowd behind them, Wolves will be looking to take advantage of any lapses in concentration. However, Liverpool should still have too much for the hosts today.