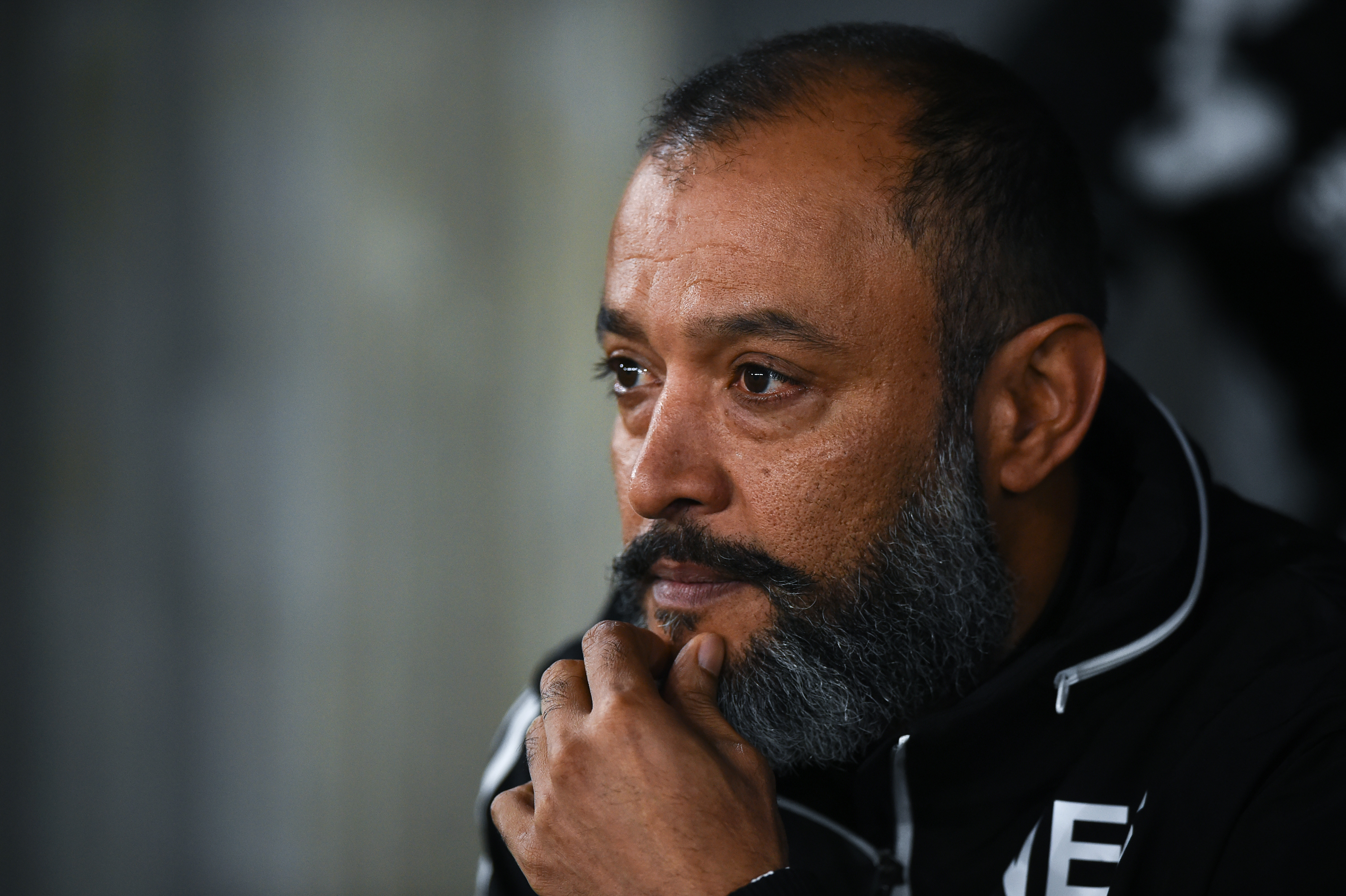 Nearly 8,000 Wolves fans will pack into Molineux for the first time since March 2020 as their side face Manchester United in Nuno Espirito Santo’s last game as manager.

The Portuguese’s departure was confirmed on Friday after four years at the club, in which he led them to promotion to the Premier League at the first attempt followed by two seventh-placed finishes, also reaching the Europa League quarter-finals last season.

Both sides remain without key men, though the Red Devils are set for further rotation with one eye on the Europa League final on Wednesday. Wolves can finish no higher than their current position of 12th but could drop as low as 15th if other results go against them. United are guaranteed to finish second.

The reverse fixture finished 1-0 to the Red Devils back in December thanks to a last gasp deflected winner from Marcus Rashford.

Nuno Espirito Santo has no fresh injury concerns from Wednesday’s defeat at Everton and could name an unchanged side. Raul Jimenez, Pedro Neto and Daniel Podence remain out.

Rui Patricio is expected to continue in goal, while the defence could comprise a back three or four. Conor Coady, Willy Boly, Roman Saiss and Max Kilman are all in contention to start in a central role, while the likes of Ki-Jana Hoever, Nelson Semedo and Rayan Ait-Nouri will be hopeful of a starting berth on the flanks.

Vitinha and Adama Traore appear likely to start in attacking midfield in the ongoing absence of Neto and Podence, while Fabio Silva and Willian Jose will compete to lead the attack.

Harry Maguire will miss out through injury, while many regulars could start on the bench with one eye on Wednesday night.

Dean Henderson is expected to start in his final audition for midweek, while Alex Telles, Brandon Williams and Eric Bailly may return in defence in place of established starters Luke Shaw, Aaron Wan-Bissaka and Victor Lindelof. Axel Tuanzebe started alongside the Swede against Fulham on Tuesday and could also make way for Bailly.

Fred and Scott McTominay both suffered knocks against the Cottagers and may not be risked, though both are fit. Paul Pogba, Juan Mata and Donny van de Beek are front runners to fill in if those two miss out, while one of them would likely be a straight swap for Bruno Fernandes if the mercurial Portuguese is rested.

Edinson Cavani’s schedule has been managed carefully all season and it would be unlikely to see him start once again on Sunday. Anthony Martial and Daniel James are back from injury and could start, while Marcus Rashford, Mason Greenwood and Amad Diallo will be hoping to line up elsewhere in attack.

This game looked like an uninspiring dead rubber before Friday, but the shock announcement of Nuno’s departure means that Wolves will be even more fired up than was likely to have resulted from the return of fans generally. I expect United to rotate, though not as much as against Leicester, and can see Wolves scraping a narrow victory to finish Nuno’s story with a happy ending.