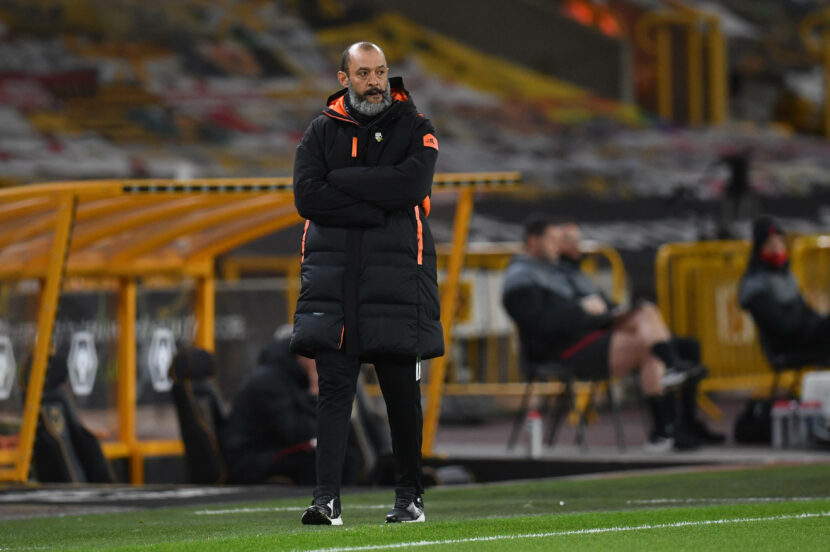 Nuno Esperito Santo will welcome David Moyes and his Hammers to Molineux on a late Monday night kick-off.

One win, two losses and two draws in the last five Premier League encounters epitomizes the home team’s inconsistent season so far. Nuno would have welcomed the international break, giving his team some much-needed rest and training period to go into the last stretch of the season with all guns blazing. A 1-0 defeat last time out against out-of-form champions Liverpool could have easily been a draw but Wolves were unlucky to have come away with no points. They will be hoping to bounce back but will know it won’t be easy against a confident West Ham side who are looking to secure a European spot.

An exciting 3-3 draw against London rivals Arsenal last time out would have been replaying in the manager’s mind during the international break. After going 3-0 ahead, the Hammers carelessly let the three points slip away. Though two wins, two losses and a draw in the last five is something Moyes would be happy with given their position on the table (5th place). They would look to continue this momentum and get all three points against their 13th placed opponents.

A year ago, both teams were in each other’s seats with Wolves looking to get into Europe and West Ham inconsistently trying to get into the top 10. A lot has changed since then with the likes of Cresswell, Coufal, Rice, Antonio and now Lingard stepping up and delivering week in week out for the London outfit. Whereas Wolves have been playing catch up since the start, and the loss of Jimenez due to injury just compounded those issues. Both managers will be looking to get something out of this game, which will add to the excitement for the neutrals.

Raul Jimenez continues to work his way back from a head injury, but there’s still some way to go as of now. Marcal remains sidelined though Rui Patricio should be available to play after a nasty knock on the head last time out.

Podence still remains a doubt, though he is close to a return now, but Moutinho suffered some injury issues during the international break and could be sidelined.

The Hammers will be without Yarmolenko, Ogbonna and second choice goalkeeper Randolph.  There are also doubts over the fitness of Pablo Fornals while Masuaku might feature from the bench after a long injury lay off.

Given recent form and performances, it should be a comfortable victory for David Moyes and his men.