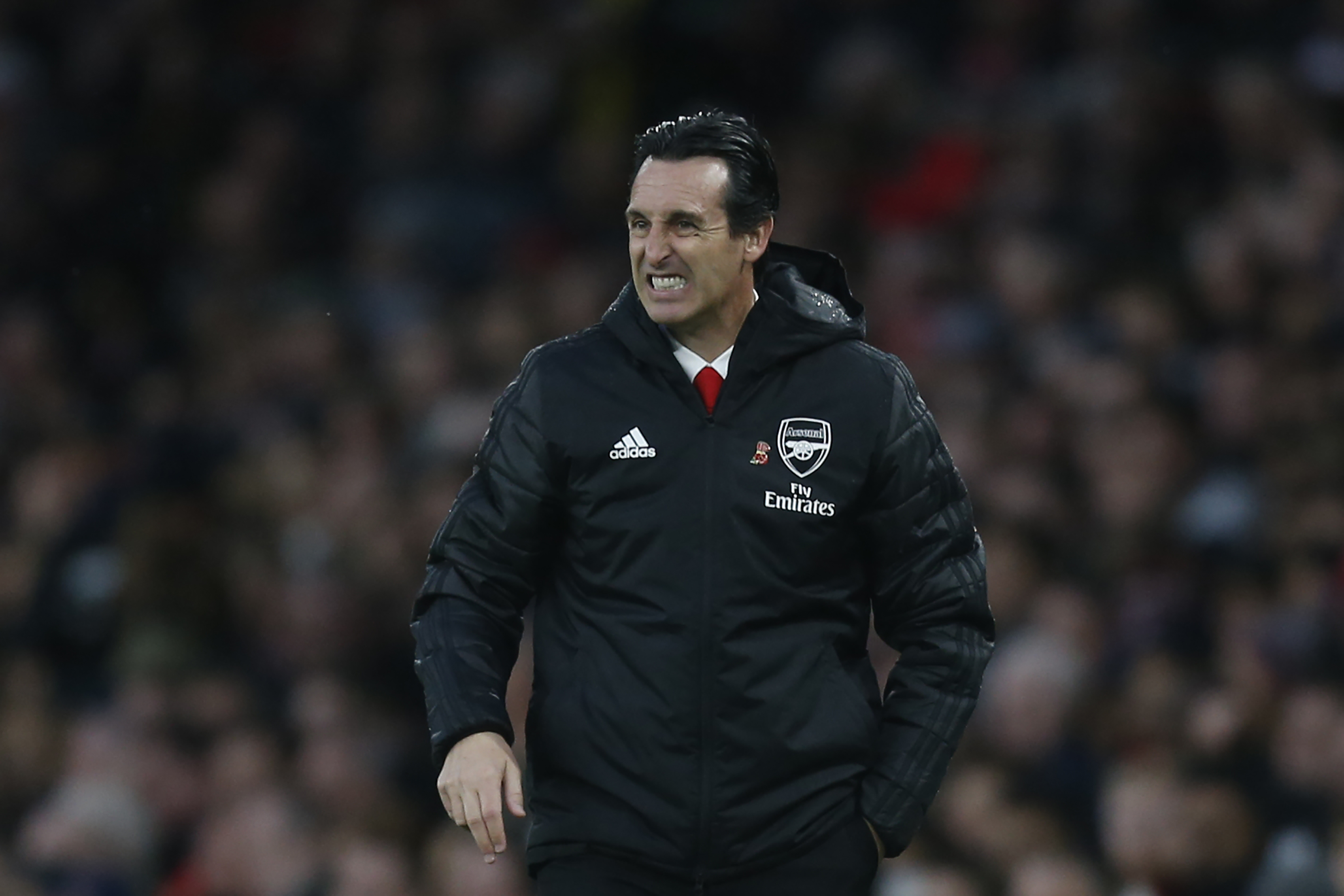 Arsenal were 2-0 up inside ten minutes last Sunday afternoon against Crystal Palace in the Premier League but were eventually pegged back by their London rivals and the match ended all square. Another draw this weekend against Wolves in front of a disgruntled set of fans and matters are beginning to look increasingly gloomy in North London.

It was most certainly a disappointing result for Unai Emery’s men, especially considering the fact that they were cruising towards victory so early on. However, the headlines were (quite rightly) dominated by the events that unfolded surrounding club captain Granit Xhaka and the fans.

This clash perfectly encapsulates the problems that loom over the Emirates at the moment, with last Sunday’s draw coming after a weak and tame defeat to Sheffield United the week prior. After failing to hold on to beat Wolves, the Gunners have only picked up two points in their last three games.

In Arsenal’s match with Palace, Xhaka’s number was held aloft to signal he was being substituted. The captain had already recognised that last Sunday’s match was not one of his finest, and this combined with the fact that he was being substituted, left the player frustrated. However, when his number was shown, he began to walk off and this resulted in boos ringing out around the Emirates.

In response, Xhaka cupped his ear and signalled for them to boo louder. The response? The boos grew. The 27-year-old then muttered a number of expletives and gesticulated to the crowd, before taking his top off and storming down the tunnel.

The midfielder is not only part of the club, but he is also the captain. These events have since created a divide between the players and the fans, with people picking sides. Manager Unai Emery has come out and claimed that the player was wrong to act in the way he did, while fans demanded an apology and he be stripped of the captaincy.

The players, however, have reportedly privately backed Xhaka and three senior players even went to visit him at his home.

Xhaka issued an emotional statement on Thursday, revealing the reasons for his outburst – claiming that it was a build-up of emotion, following weeks of disgusting threats towards his family. His actions, however, left him out of the squad for this weekend’s clash with Wolves.

Emery is still unsure as to whether he will choose to keep Xhaka on as captain, or even if he will ever play for Arsenal again. The situation remains unclear, but Arsenal and Emery must find a way of regaining the support of the fans if they wish to move forward and overcome this slump.

The future of key players

The future of some of the north London side’s star players is beginning to be called into question following the recent state of affairs. Of course, Xhaka may well be stripped of the captaincy and must wait to see if he plays for the club again, but what about the others?

Following the match on Sunday, star forward Pierre-Emerick Aubameyang was on the receiving end of abuse from fans. A video posted on Twitter shows a number of supporters surrounding Aubameyang’s Lamborghini Aventador as he tried to make his way home from the Emirates. This video shows a fan shouting: “£2,000 a year to watch s***… f*** off!” The video continues with other fans voicing their opinions. No player deserves this, let alone a key player who has already found the net eight times in eleven league games.

In response to these events, Aubameyang liked a post that supported him and slammed the fans for their actions, claiming: “He deserves much, much better than that. We’re sorry.” There is a disconnect at this moment in time and while the striker appears to be content at the club, he will know himself that he does not deserve to be treated in this way.

Elsewhere, Mesut Ozil has been frozen out by the manager, despite fans calling for him to return to the team. The attacking midfielder did get his chance in the Carabao Cup on Wednesday against Liverpool, where he was highly influential – deftly setting up Ainsley Maitland-Niles. The chaotic match ended 5-5, but the Gunners went out on penalties. The German was arguably Arsenal’s best player on Wednesday, but yet he was taken off after 65 minutes.

A similar situation has been unfolded with Lucas Torreira, who has frequently been dropped to the bench this season, despite the growing problems in midfield.

The treatment and state of affairs at the club right now will be highly disconcerting for some of Arsenal’s star players, who have been on the receiving end of some harsh treatment. Emery simply must find a solution soon or else he runs the risk of potentially losing these key men.

And we come to the manager himself. The buck stops with him.

Many have debated in recent weeks whether the club has actually moved forward with Unai Emery since Arsene Wenger departed the club. Well, a simple statistic suggests that results-wise, the Gunners appear to have stalled or moved backwards.

In Wenger’s last 47 games, Arsenal won 26 matches and scored 90 goals. In comparison, Emery’s men have won one fewer in the same amount of matches, and have scored four goals fewer in that time. Further to this, Wenger’s side kept 17 clean sheets, compared to just the ten under Emery.

Away from home, Emery has only won 33% of his league matches, which is quite frightening for a side challenging for the top-four. The manager needs to take charge and be responsible for getting the club back to where they hope and should be. The squad has shown numerous glimpses of the talent that exists, but performances such as the one against Sheffield United underline the overarching problems. Emery must find a way to resolve these issues – and fast, with his job on the line.

Within the last couple of days rumours of Jose Mourinho’s return to the Premier League have surfaced with Arsenal expected to be the likely destination for the ‘Chosen One’.

Make no mistake about it, these are bleak times for Arsenal. But, as Xhaka said in his statement, everyone must find a way of “getting back to a place of mutual respect.”

The club has a lot to play for this season with the Europa League and top four in the Premier League up for grabs – and they have more than enough quality to challenge for both.

However, the players and manager need to unite in a bid to turn their fortunes around. The Gunners clash with Wolves has only added to the pressure that was weighing over the club and Arsenal visit high flying Leicester next weekend in a game which will surely spark debate whatever the result.