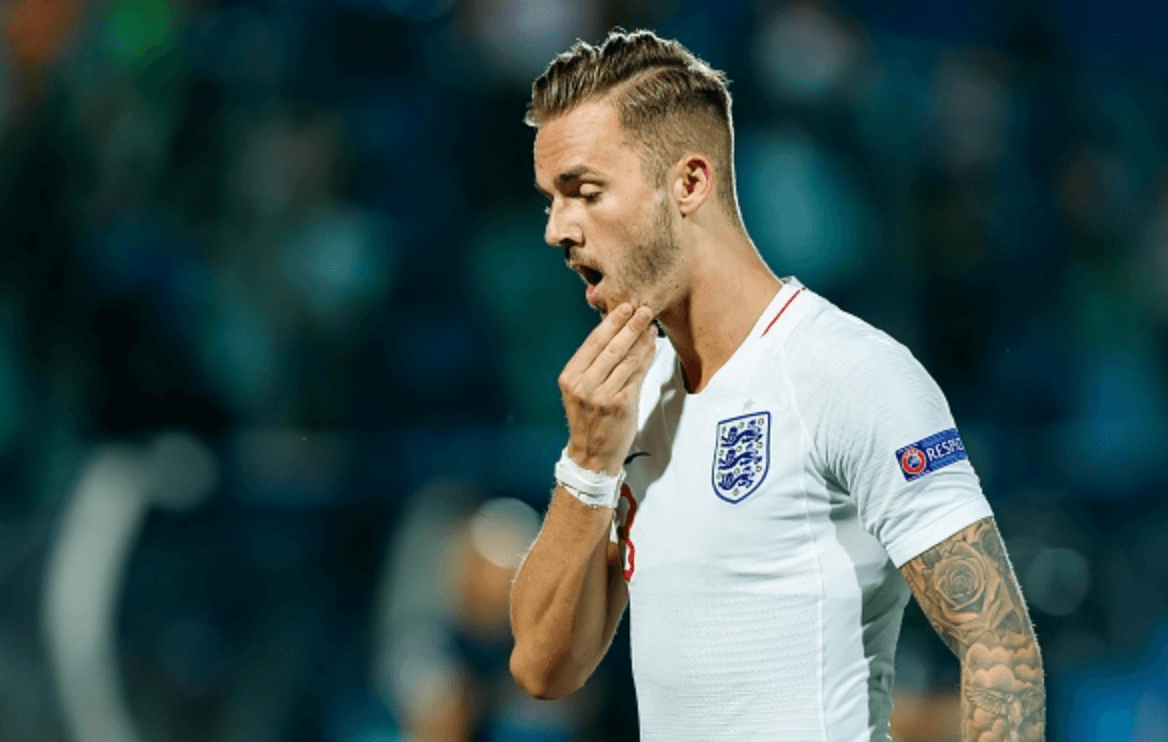 Young Lions fail to roar: What went wrong at the U-21 European Championships?

The England U21’s European Championship campaign came to a disappointing end on Monday as they finished third in Group C with a singular point to their name from three games.

Despite their last game against Croatia ending with their best result of the tournament, Aidy Boothroyd’s side were unable to deliver on the hype and promise that had surrounded their arrival in the group stages of 2019’s finals in Italy and San Marino.

At times, the performances were eerily reminiscent of those from the England men’s side earlier this summer in the Nation’s League – conceding the ball in their own half by way of a sloppy pass or losing it to the high-press.

While the new style of football implemented by the FA at the national level was a cause for hope last summer at the World Cup, it is now becoming something of a cause for concern after both the mens and U-21’s teams seemed to struggle to utilise the foundations they set previously. Questions may be asked as to whether this is a problem with the style itself or an issue with the players playing within it.

In the case of the Young Lions, there were a group of players who struggled to step up to the mark, but there were still a number who managed to put in impressive performances. Among this latter group of good performers was young Manchester City forward Phil Foden, 19, who showed his class when he scored England’s first goal of the tournament, sliding through a number of French players before sliding the ball coolly into the back of the net.

There was warranted frustration when Foden was then dropped for the next game against Romania, and only returned to the starting 11 for England’s final game against Croatia when they had already been knocked out.

His good performances highlighted his impressive growth as a player and, with David Silva announcing he has a single year left at Manchester City, this should put yet more pressure on Pep Guardiola to start him more than the three times he did last season. Hopefully, his performances at senior club level lead to his transition into the senior national squad.

Alongside Foden, James Maddison was another player who impressed for England. Maddison was given starts in all three games and consistently justified these starts with clever, creative passing and smart build-up play.

While many of the chances he created were wasted, he ended the tournament with a goal and an assist to his name. While rumours had seemed to be circulating about his future at Leicester, they have been put to bed somewhat, with Maddison reportedly wanting to stay at the club, and he will look be an even more crucial player for manager Brendan Rodgers next season.

But his Leicester team-mate, Hamza Choudhury, had a less than stellar tournament performance. Unlike his iconic hairdo, Choudhury’s forgettable tournament ended only 56 minutes after it had begun when he conceded a penalty and, after VAR review, received a straight red card for an aggressive tackle on France’s Jonathon Bamba.

While Choudhury was apologetic in the aftermath of the red card and the penalty was missed, there is no doubt that this will raise doubts about his aggression and defensive ability. Despite having something of a breakthrough season last year, starting the last three games for Leicester, Choudhury may have hurt his development, within the England set-up at the very least, with a clumsy error.

This error led to a backs-to-the-wall performance that ultimately saw France edge an in-control England out of their grip on the game, putting pressure on the squad who played against Romania.

Alongside Choudhury, Aaron Wan-Bissaka ended what was a fantastic season on a sour note. Wan-Bissaka started the first game of the tournament, which looked to be the correct choice at the time. But he suffered from a poor performance, committing a sleuth of defensive errors and misplaced passes, topping this by scoring an own goal in the 95th minute, losing the game against France.

He was not played again. While this poor display did not stop a £50 million move to Manchester United, it may have put doubt in the hearts of the Red Devils’ fans and staff who will be hoping that such a performance is not repeated at Old Trafford.

While this tournament does dampen all the progress that English youth teams had made last summer, it does not necessarily ruin it. Poor squad selection and some poor performances means that what was a tournament filled with ambition is now one to be forgotten.

Hopefully, Premier League managers do not lose faith in players with bags of potential and hopefully the players do not lose the confidence they have developed playing in England’s superb system.