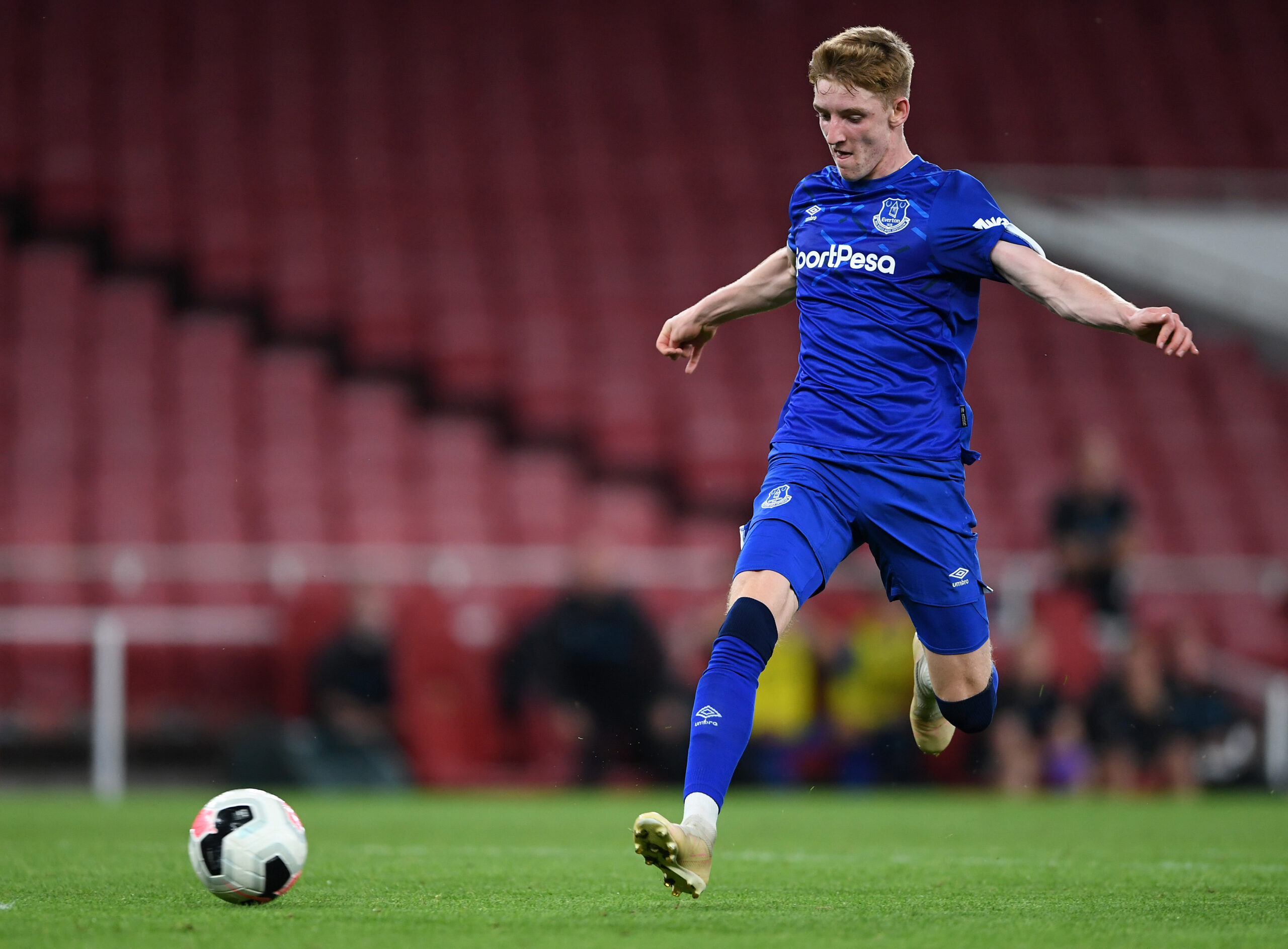 Everton prospect Dominic Calvert-Lewin has had a breakthrough Premier League campaign at Goodison Park, scoring 13 top-flight goals, more than his previous three seasons combined, 11. However, The only players to make the breakthrough from the Finch Farm academy to the current first-team squad are Tom Davies, Beni Baningime and Anthony Gordon. The Toffees’ U23 side are currently seventh in the Premier League 2 with just four matches of the season remaining. However, some potential gems in the team may come into Carlo Ancelotti’s consideration next term.

Anthony Gordon is the most exciting prospect, and the 19-year-old has made his Premier League debut against West Ham United, playing 45 minutes, along with a substitute appearance against Chelsea. He has made a reasonable impression at first-team level, retaining possession with an 85.7 per cent pass accuracy. However, it is at youth level where the England U19 player has shone, scoring seven goals and providing three assists in 12 appearances for the Toffees.

Meanwhile, Ellis Simms has also caught the eye in the Premier League 2, with the 19-year-old striker firing eight goals in 15 appearances for the seventh-place side, making him Everton’s highest scorer in the competition. Ellis is yet to register an assist though since stepping up from U18 level where he had an incredible strike rate of 41 goals in 44 matches. He has not quite been able to match that since making the transition to U23 football but could be one for the future at Goodison Park.

On play who has put in some impressive displays in the heart of the engine room is Dennis Adeniran who has featured in 14 matches for the Toffees this season since arriving from Fulham for £3.87m. During that period the central midfielder has both scored and assisted twice, indicating he can not only provide opportunities for others but knows how to find the back of the net himself.

Everton’s academy has not had too many successes of late, and it has resulted in a dearth of academy graduates reaching the first team. They have had a reasonably successful season in the Premier League 2 and fans could be getting a lot more familiar with some players faces, including Gordon.