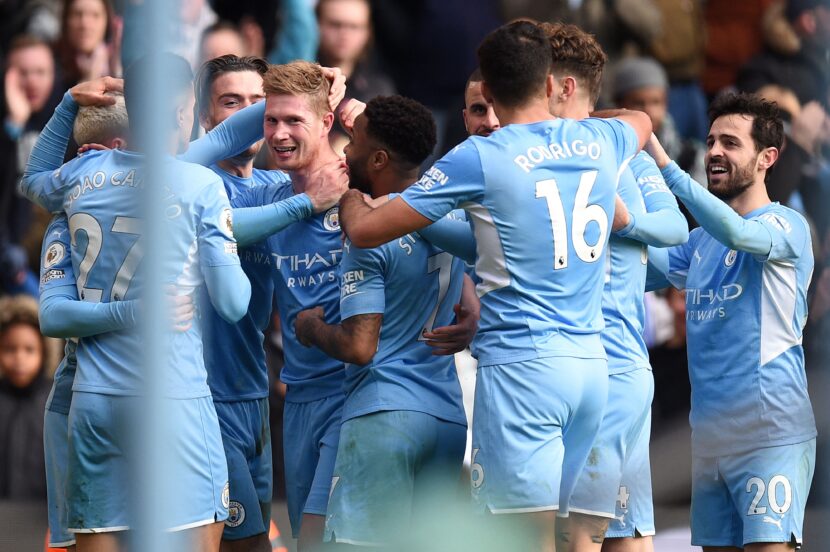 League leaders Manchester City will look to make it 13 straight league wins when they travel to St. Mary’s stadium on Saturday. Ralph Hasstenhutl’s side are presently in 12th place in the league table, and will be hoping to break into the top half of the table – at least temporarily – with a victory on home soil.

The Saints became the first team to take points at the Etihad Stadium after holding Guardiola’s men to a frustrating 0-0 draw. They come into this fixture on decent form, after their 5-game unbeaten run ended last weekend at the hands of Wolves. A majestic James Ward-Prowse free in the 84th minute gave the Saints hope of a late comeback, but Adama Traore sealed the 3 points with a calm finish into the bottom corner.

Manchester City also left it relatively late to take down Chelsea in a 6-pointer at the top of the table; Kevin De Bruyne came up with the goods as he always does in the big games, and extended City’s lead over the Champions League holders to 12 points. Just like last season, Pep Guardiola’s men have gone on a formidable run in the run which has allowed them to break away and almost monopolise what had promised to be the greatest title race in recent times.

While the victory over Chelsea would have many among the sky blue faithful believing that the title’s in the bag, Pep Guardiola is insisting that the race is nowhere near wrapped up. And with Liverpool among the chasing pack, anything is possible, even though City have their destiny in their own hands.

Ralph Hassenhutl has been handed a team selection boost ahead of Saturday’s fixture, after Theo Walcott and Mohamed Elyounoussi tested negative for COVID-19, meaning they are in contention to be included in the matchday XI.

Riyad Mahrez returned to the City setup after a dismal outing in the AFCON with Algeria. However, he will return to the fray only next week, after Guardiola gave him a week off to rest and recover.

Guardiola also shared a mixed update on defensive duo Nathan Ake and Oleksandr Zinchenko, with the Dutchman ‘ready’, but the Ukrainian full-back still ruled out. Other than that, Guardiola has a full squad to choose from.

The latest news is that Manchester City have agreed on a fee with River Plate for mercurial Argentine Julian Alvarez. City moved extremely quickly – and unobtrusively – to agree a fee, but it seems that Alvarez will be allowed to see out the season in Argentina, and join up with the City squad for pre-season in June.

I believe that City’s form should help them see off Southampton’s challenge. Despite the absence of their top scorer, City have enough strength in depth to see off a relatively wounded Southampton backline, especially considering Raheem Sterling’s blistering return to form. I believe they will have learnt from the draw earlier this season, and Pep will set his side up to take the 3 points on Saturday.