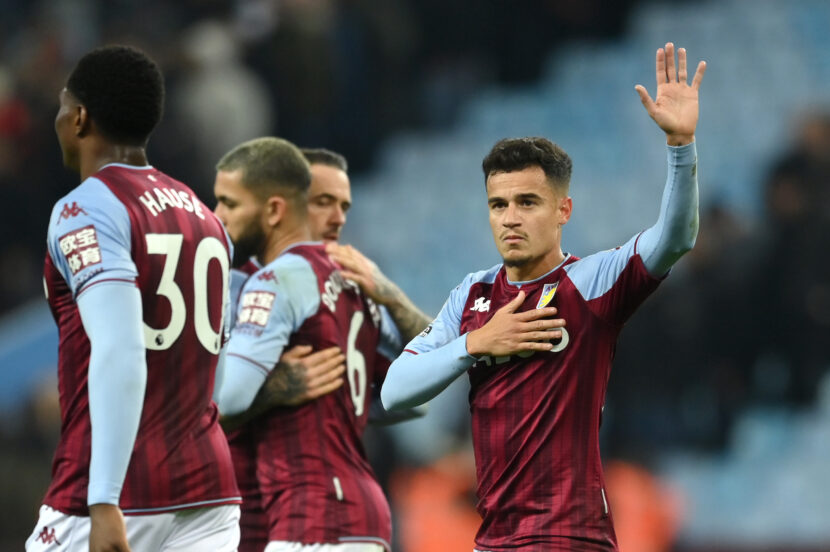 Everton look to get their season back on track in what will be a passionate affair against Steven Gerrard’s Aston Villa.

Everton’s first game since parting company with Rafael Benitez, they face a resurgent Villa side lead by the hero of their biggest rivals, Steven Gerrard. This game will be a one to watch for the neutrals, with neither manager lacking the motivation or desire needed for their side to come out on top.

Duncan Ferguson steps in as interim manager at Everton in the wake of Benitez’ long overdue dismissal early this week. The Spaniard never settled in the blue half of Merseyside, with the appointment viewed by many to have been doomed from the start due to Benitez’s prosperous stint at Liverpool in the mid-2000s. The veteran manager’s half-season reign was a microcosm of the continual failures and slow demise of the club from top to bottom, with fans continually coming out in their numbers to protest the ownership of Farhad Moshiri. Whilst the Everton board couldn’t have backed Benitez in the same way previous Everton managers were due to FFP regulations, that may have been a silver lining to the Spaniard’s tenure. The Toffees avoided wasting huge money unnecessarily, as they have done in the past so many times.

Moshiri, Bill Kenwright and the other higher-ups must make the right decision for Everton’s next manager if they want to see their side playing in the Premier League next year. The squad at full strength is a Premier League quality side; however, a mix of poor management, few replacements for key injuries and the lack of money to build depth in the squad has left the Toffees in 16th, with one of the worst form records in the league. Whilst the powers that be decide, Duncan Ferguson will again step up to steady the ship in the interim. Having a relatively successful previous stint as caretaker manager, most notably beating Chelsea 3-1 in his first game, Ferguson will have the perfect opportunity to gain folklore status at Goodison Park by beating villain Steven Gerrard this weekend.

Ferguson heads into the tie inheriting a squad with key players starting to return to match fitness. Both Richardson and Dominic Calvert-Lewin have returned in recent weeks, having been sorely missed during the majority of Benitez’s tenure. With an almost full-strength side, Ferguson has every opportunity to deliver Everton’s second league win since September and begin to turn the ship away from the relegation zone.

Everton’s opponents Aston Villa have had a polar opposite few months to the toffees. Having sacked Dean Smith in November, Steven Gerrard has come into the club with a respect and determination widely admired by the Villa faithful. Gerrard had big boots to fill as many still adored Smith at Villa Park, yet he silenced any doubters immediately with his fantastic approach and enthusiasm. Now Villa sit in 13th, three places above their opponents this weekend after a run of three league games without a win.

Despite their league position, it’s an exciting time to be a Villa fan, evident from their latest draw at home against Manchester United. New loan signing Phillipe Coutinho made a super-sub appearance, setting up Jacob Ramsey before earning Villa a draw with a debut goal at the Holte End. Villa’s other January addition, Lucas Digne, shone throughout, and with more players linked with a move to the B6, Gerrard’s revolution at Villa Park looks to be in full swing. Coutinho’s magical debut will give Gerrard a good headache as he has to decide on the best 11 to face Everton. With John McGinn returning from suspension, Villa look to have a strong squad to pick from for their trip to Goodison Park.

It will be interesting to see if Gerrard decides to continue with the Ings and Watkins experiment, which arguably contributed to Dean Smith’s sacking. After arriving in the summer for £30m, Danny Ings has struggled to line up alongside existing star striker Ollie Watkins, who seems to be the preferred choice up top. Villa have played much better when one of the two aren’t on the pitch, with the forward duo having a worrying lack of chemistry. Gerrard must find a solution, as both players were high-money moves and would expect to start every game. Throw in the arrival of Coutinho, the return of Leon Bailey from injury, and Emi Buendia’s newfound form, and Gerrard could have a much bigger problem on his hands trying to fit everyone into a balanced side.

Jarrad Branthwaite is back in training and could feature. Alex Iwobi is away at the Africa Cup of Nations. Tom Davies, Allan and Fabian Delph are all expected to be unavailable. Anwar El Ghazi cannot face his parent club. Richarlison is set to start ahead of Salomon Rondon.

John Mcginn returns from suspension and is expected to start. Ezri Konsa is a doubt following an injury against Manchester United; Kourtney Hause will replace him. Trezeguet and Bertrand Traore are away at the Africa Cup of Nations, while Marvellous Nakamba and Leon Bailey remain unavailable through injury. Coutinho could start, most likely replacing Danny Ings.

Despite Everton’s recent run of poor form, Duncan Ferguson will have a tremendous motivational lift on the squad and will pump them up to face Gerrard’s Villa side at Goodison. Gerrard’s side is the better one on paper, yet with a few poor results on the bounce, they may struggle to topple a highly determined Toffees side in front of their home crowd.