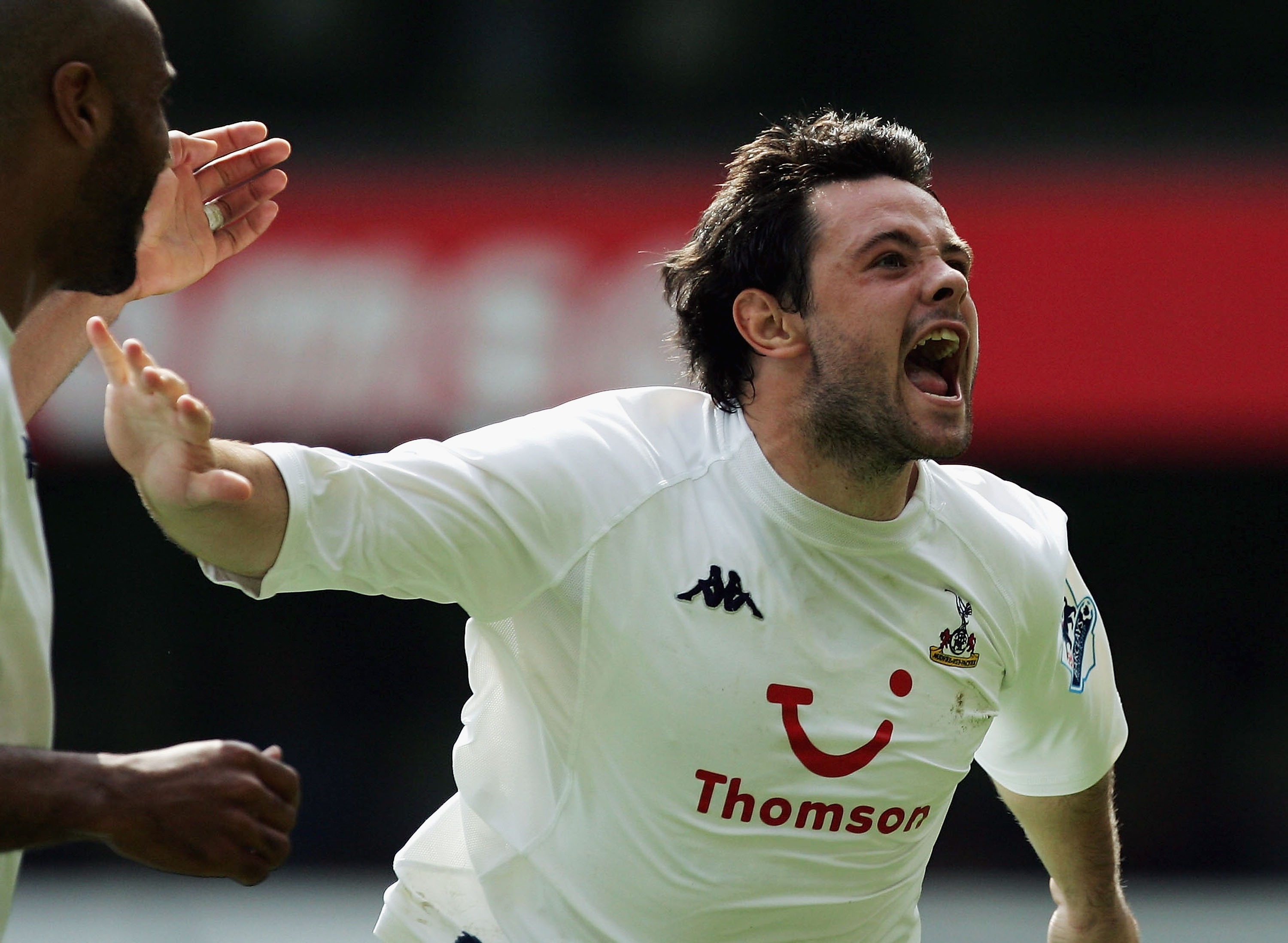 Andy Reid: who ate all the pies?

As children, we have an innocence which helps us believe anything is possible and we dream of playing the game we love. But as we get older these dreams start to fade, with everyday life taking over. We go from idolising the players on our walls, to growing an admiration of the profession and the players themselves.

We’re bound together by the sport of football, but the lives we live couldn’t be any further apart. As fans, our lifestyle is somewhat archaic of those who play the game today. Sheltered from everyday life, a footballer sacrifices so much to achieve our once dream. And though appealing in so many ways, these sacrifices and ultimate confinement would fail to entice many who watch the game.

However, I cannot deny, if Morpheus broke down my door, offered me a blue pill to fulfil this dream, you’d soon be wearing the name O’Gorman on the back of your shirts.

No longer can a professional abuse his body with the temptations we face every day. Footballers have moved on from a socialised drinking culture, unhealthy diets and party lifestyles. We now see these physical specimens, almost Herculean and not just at the highest level.

Arsene Wenger once quoted “if you put the wrong petrol in a car it’s not going to go far. For a human being, this is exactly the same, you have to prepare the right way”.

Who ate all the pies? looks at those footballers, a select few up and down the country who live our dream, just in an unconventional way. A rarity at highest level, they prove a career can be made with a lifestyle they want to live. These players you cannot help but have a soft spot for.

A player who embraced his life outside of football, Andy Reid is the envy of any beer-bellied football fan. A physique reminiscent of Dave the plumber, you’d expect him to be partnering Danny Devito in the film Twins or sinking pints down the local boozer.

A player who never played outside of the top two tiers of English Football, he made over 100 Premier League appearances for four different clubs – Tottenham, Charlton, Sunderland and Blackpool.

Technically outstanding, the left-sided midfielder was one of Ireland’s best natural talents in recent decades. Effortless footwork, a daring vision to quash the impossible, he made the game look easy. At his peak, Reid was extolled for a sublime left foot, someone who could conjure great goals from distance, he defined the old Sunday league cliche, he’s got good feet for a big lad.

A player beloved for his character, he had a connection with the fans. ‘Andy Reid, Andy Reid running down the wing. Andy Reid, Andy Reid, he’s been to Burger King’. This is a tongue-in-cheek tribute we want to see in football, compared to the hate and racism seen in some circles.

He lived the lifestyle he wanted, quoted ‘I have to have things away from football’ and it’s something to be admired. Someone who was just as happy with a guitar in hand as a ball at his feet, I look at Andy Reid as the footballer I’d love to have been.

Unfortunately, his time at the top was short-lived. A career riddled with fitness and injury problems, he struggled to adapt to the evolution of football. The game changed so rapidly during the noughties, speed and power became the desired traits, something the Irishman was not blessed with.

Personally I believe he played in the wrong era. Someone better suited for the Premier League of the 90s, his technical ability would have flourished in this slower generation of professionals.

Born a decade sooner and his exploits could have enriched your summer holidays on Premiership Years. There’s a reason he had offers from both Manchester United and Arsenal at youth level. But just as it did in the noughties, the game continues to evolve and I look at a player best suited as a modern day number 10 – one who could have been trending on Twitter week in week out.

Playmakers are now a sought after commodity, with the likes of David Silva and Christian Eriksen. It’s a role in which his pace would not be exploited, where he could control the game and allow him to utilise his vision and a left foot which loved the spectacular. Of course, his fitness would still prove a detrimental flaw but there are many who would take a chance on the 5ft 7” Irishman.

He’s a player who has my admiration, but one who’s not without criticism. In many ways, I look at Reid as a failed professional, simply due to the potential he possessed and otherwise wasted. I question his overall ambition, with fitness a seemingly poor excuse to what could have been. All the perks of Sunday league football, without having to wash your own kit.

His big chance came at Tottenham Hotspur before their resurgence in English football, but ultimately something went wrong. Tottenham were screaming for a left-sided midfielder, but without the pace or aggression as the likes of Aaron Lennon and Edgar Davids, he was soon sold, scoring as many goals as former number 1, Paul Robinson.

The question again looms, was the ambition there? He joined Tottenham with his fellow teammate Michael Dawson, a player who later became a club legend. Playing at the highest level, one whose sheer stubborn determination took him to places we as children could only dream.

A three-year spell at Sunderland saw a new lease of life from the midfielder, reportedly shedding two stone in his first pre-season, winning over both the Sunderland fans and manager Steve Bruce. Covering great distances on the pitch, he added a much-needed work rate to his exceptional talent. Injuries however thwarted his time at the club, finishing his career where he started with Forest.

He may not be remembered in decades to come, maybe more of a myth as the game continues to evolve. But he’s one of very few in this world who’s lived a life he wanted to live, fulfilling his childhood dream, but left himself open to the world. His story is something to be respected.