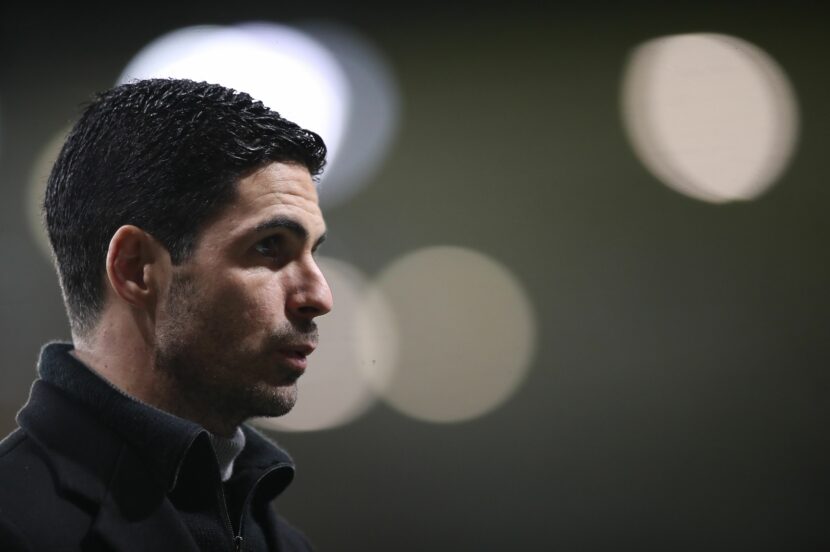 Stuttering Arsenal welcome Leeds to the Emirates on Sunday afternoon, looking to get their season back on track after two demoralising losses.

Mikel Arteta’s side made a flying start to 2021, extending a run of seven league matches unbeaten, but fell to a tame defeat at Aston Villa last weekend following the embarrassing defeat at Wolves where they finished with nine men.

Leeds, meanwhile, have overtaken the Gunners following a run of three wins in four and will hope to put distance between themselves and their opponents and establish themselves in the top 10 in the process, while retaining a game in hand that they play nine days later.

The reverse fixture in November was a fiery 0-0 draw that saw Nicolas Pépé sent off for an altercation with Leeds’ Ezgjan Alioski, with Kieran Tierney memorably furiously remonstrating with the Macedonian after the final whistle. Pépé and Alioski could rekindle their battle on Sunday, though Tierney misses out through injury.

Bernd Leno is available having missed the trip to Aston Villa following his red card at Wolves, and the German could return to the starting lineup immediately in place of loanee Mat Ryan.

Like Leno, David Luiz is available after suspension, though he faces a battle with Gabriel and Rob Holding for a starting spot in the centre of defence. Arteta confirmed on Thursday that Kieran Tierney is expected to return to training next week and will surely miss out on Sunday, leaving Cedric Soares set to deputise at left-back and Hector Bellerin on the right once again.

Thomas Partey is another who won’t feature on Sunday, the Gunners confirming that the Ghanaian midfielder will continue to be assessed having suffered a minor injury against Villa. Mohamed Elneny and Dani Ceballos could return to the starting lineup alongside Granit Xhaka if Arteta opts to continue with the same formation, though Martin Ødegaard could make his first start for the club if the Spaniard elects to give his midfield more attacking guile.

Arsenal have started three out of the last four league games with the same front four of Bukayo Saka, Emile Smith Rowe, Nicolas Pépé and Alexandre Lacazette but could make changes on Sunday after two disappointing results and with one eye on the first leg of their Europa League last-32 clash with Benfica next week. Pierre-Emerick Aubameyang has not started a league game since January and could return on the left or upfront, while Willian, Gabriel Martinelli and Reiss Nelson provide options of rotation across the attacking midfield. Eddie Nketiah is another alternative upfront if Arteta decides to rest Lacazette.

Marcelo Bielsa’s side remain injury-stricken in defence and are expected to continue with the same side that has started the last two games, with rotation a far less frequent occurrence at Elland Road than the Emirates. Kalvin Phillips had to be substituted against Crystal Palace however, and will be assessed ahead of the trip South.

With Robin Koch, Diego Llorente and Gaetano Berardi still on the sidelines, Dutchman Pascal Struijk is expected to continue in the centre of defence with captain Liam Cooper. Luke Ayling and Ezgjan Alioski have started on the right and left of defence respectively in recent weeks and could continue, though Stuart Dallas may drop back into defence if Pablo Hernandez is passed fit and preferred in midfield.

With Phillips touch and go in defensive midfield, Struijk, Mateusz Klich and Jamie Shackleton could deputize for the Englishman if he is deemed unavailable. In form Raphinha and Jack Harrison appear undroppable on the wings, while Patrick Bamford is currently thriving in his role as the undisputed first-choice striker. Rodrigo and Ian Poveda will again miss out, with Tyler Roberts and Helder Costa expected to offer attacking options from the bench once more.

The reverse fixture was a tight contest and I think this will prove to be also. Raphinha vs Cedric Soares could be a key battle, while Leeds’ biggest concern is likely to be whether their midfield linchpin Kalvin Phillips is available to play.