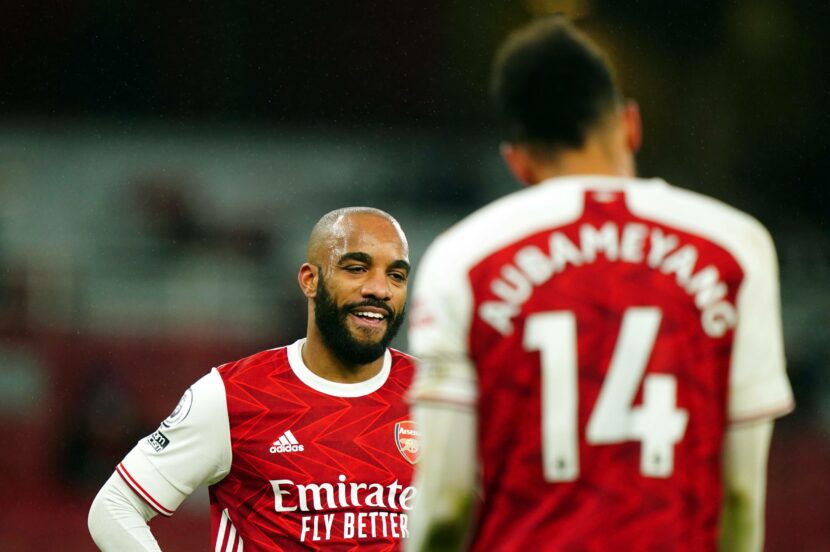 The Gunners host Liverpool as Mikel Arteta’s side are unbeaten in their last four games and a win would take them one point behind The Reds.

Last time out Arsenal battled through one of the games of the season, in a 3-3 draw against West Ham. The Hammers were inspired in the early stages of the game, putting three past Arsenal with no return. In the second half, the Gunners came out firing and managed to flip the game on its head. Two own goals, followed by an 82nd-minute equaliser from Andre Lacazette, meant Arteta’s side snatched a point from their London rivals.

Before the international break, Liverpool continued their impressive away form beating Wolves 1-0. The only goal of the game was scored by Diogo Jota, who netted against his former club. Liverpool remain in seventh, just two points behind Tottenham.

Arsenal have turned their season around in the past few weeks, having lost just once in their last five games. Their most notable win came against Spurs three weeks ago, where they won 2-1 despite being against the odds. The improvement in form has helped Arsenal climb the table – the Gunners are now in 9th and just six points behind a Europa League spot.

Liverpool on the other hand, have been far from their best. Three losses in their last five games is simply not good enough for a team hoping to finish in the top four. In fact, all three of the losses came at Anfield in the space of three weeks. Anfield has certainly been breached this year, so Liverpool must take fortitude in their away fixtures.

The Gunners’ man in form is Lacazette. In his last three league starts the Frenchman has three goals and one assist to his name. When Lacazette starts, Arsenal do well – the last time Arsenal lost when Lacazette started was back in February, against Aston Villa.

The Reds will be looking at Mo Salah for goals. Firmino and Mane have fallen off this season, but the Egyptian winger continues to lead the golden boot race with 17 goals – joint with Harry Kane. With this said, Salah has failed to score in his last five games, with his last league goal coming against Leicester City in February.

Attention may turn to Diogo Jota, who is in fine form for both club and country. In Portugal’s three world cup qualifying games, Jota netted three goals in an impressive international break. In his seven starts for Liverpool, Jota has four goals and even netted against Arsenal as a substitute, in the reverse fixture earlier this season.

This is normally a very open game and no fixture in Premier League history has seen as many goals as Liverpool vs Arsenal (166). For Liverpool, the Emirates has never been an easy trip. From their last 20 games away against Arsenal, The Reds have only won twice, so it could be an uphill battle for Jurgen Klopp’s men.

Arsenal will see this as a huge opportunity to climb the table further, looking to capitalise on a shaky Liverpool side. It’s no secret that Liverpool have been poor this season, but when it comes to big games, Klopp’s men thrive in pressure, so it could be a fierce game.

Arsenal have no injury doubts in defence, so Arteta will likely start his favoured defensive partnership of Luiz and Gabriel. In midfield, both Partey and Xhaka are fit, so it’s likely they will both occupy the middle of the park.

Bukayo Saka has a hamstring issue. The severity of the issue is yet to be confirmed by Arsenal, but having not featured for England, he should be fit enough for Saturday. Willian is another doubt for the Gunners. The Brazilian missed out on the last game with a calf injury. Elsewhere Arsenal are fully fit.

Apart from Liverpool’s long-term defensive injuries, The Reds have no fresh issues. Jordan Henderson is still sidelined with a groin injury, with his return expected in late May.

Liverpool have been handed a boost in that Roberto Firmino is back training and fit to start after missing the last two games through injury. This will give Klopp the dilemma of who to start between Jota and Firmino.

I think Arsenal will go for this. Being the home team will give them confidence on top of their recent form. Liverpool always do well against teams that attack them, so maybe they’ll benefit from a more open game. This fixture is often filled with goals, so it could be an end-to-end game.