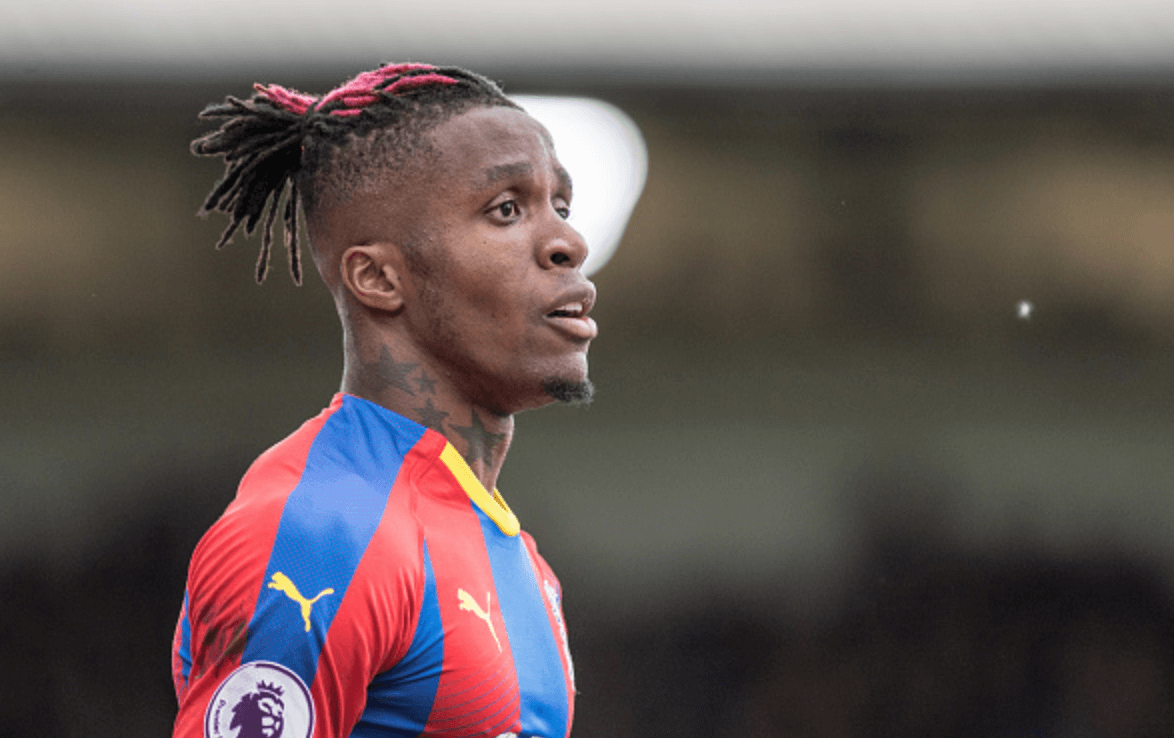 Arsenal: Who could the Gunners sell to fund move for Wilfried Zaha?

Though Arsenal appeared to be on the up for long spells last season, their eventual inability to seal a top-four place followed by the demoralising Europa League final loss to Chelsea has left the Gunners staring at a third successive season without Champions League football.

Fans and pundits alike will give you the same answer if you asked what the side’s biggest problem is, either one of the defence or more vaguely, the lack of fight. Most would go further and say that it is in attack that they arguably need no reinforcements, bar perhaps a third choice striker to replace Danny Welbeck.

So why is it, with a reported transfer kitty of around £40 million, Arsenal are focusing a large part of their efforts on Wilfried Zaha, valued at around £80 million by Crystal Palace?

It may well be that Unai Emery has reluctantly accepted that Pierre Emerick Aubameyang will leave the Emirates, with Manchester United reportedly keen to bring the Gabonese striker to Manchester to replace wantaway Romelu Lukaku.

Or alternatively, Emery may be looking to permanently return to a system with four at the back, requiring wide midfielders rather than the wingbacks deployed in a standard formation containing a three man defence.

Zaha has made clear his intention to leave the Eagles this summer, with his brother claiming it has been his brother’s “dream” to play for Arsenal. While Palace accept his position, they continue to wait for an appropriate offer to be made.

Arsenal offered £40 million earlier this week, a figure that is said to have “incensed” Crystal Palace officials. Though there remain complications relating to the deal in the form of a sell-on clause, Aaron Wan-Bissaka’s recent move to Manchester United and Arsenal’s limited budget, it is believed that an offer closer to Palace’s valuation could force a deal through.

If Arsenal are to stump up that money, it appears they will have to sell players to raise funds. Below we take a look at some of the names who have been linked with a move away from the Emirates and suggest a few new deals of our own.

Simple in many respects, difficult to comprehend in others. If Arsenal sold Aubameyang, they would likely command a fee in excess of £60 million, which evidently would provide them with the funds needed to meet Palace’s valuation of Zaha.

Manchester United are 13/8 favourites to capture the Gabonese’s services, while the 30-year-old is currently 6/1 to join any Chinese Super League club. Though Arsenal are extremely reluctant to sell to a direct Premier League rival, the increased transfer fee as a direct result may allay their concerns.

Arsenal would also need to sign a backup striker, of a quality that would almost certainly command a fee of at least £20 million, unless they were to invest in a prospect.

With United set to profit from any move Wilfried Zaha makes, business between the Red Devils and Arsenal could even involve clauses relating to the player, which could make such a move easier.

A less likely route that Arsenal and Palace could take would be a swap deal. Arsenal could potentially offer Aubameyang in a direct swap for Zaha, or Aubameyang plus cash for Zaha and another player, perhaps Connor Wickham, who could arrive as back up to Alexandre Lacazette.

A ludicrous suggestion of course, but Arsenal have made some ludicrous offers in recent years (£40,000,001 for Luis Suarez comes to mind). While the direct swap appears far more feasible than the player plus cash deal, Aubameyang’s wages would break the Eagles’ wage structure, making such a deal unlikely.

Verdict: Sale looks on the cards. Could depend heavily on Romelu Lukaku’s move to Inter Milan.

Reports surfaced in June stating that diminutive midfielder Torreira preferred life in Italy, spurring rumours of a move to AC Milan where his former coach at Sampdoria has been recently been appointed.

Though this appears nothing more than paper talk at the moment, the 23-year-old Uruguayan is one of Arsenal’s most valuable assets and would command a fee of around £50 million.

Such a sum would go a long way to financing a move for Zaha and with Granit Xhaka and Matteo Guendouzi still on the books, the Gunners would not be too desperate to sign a replacement in that position.

Verdict: Unlikely, as neither player or club seems to want a move. If there is any truth in the rumours, expect to hear more soon as Torreira returns from Copa America duty this week.

Many Arsenal fans had forgotten Carl Jenkinson was still employed by the Gunners last season, before the 27-year-old came out of nowhere to make his first Premier League start for the club in 830 days against Bournemouth in February.

Most expected right back Jenkinson to be among the list of players released this summer, but despite appearing just 13 times since 2013/14, his name was not included in that list. Details of a contract extension or new deal have not been made public, though it appears almost certain that an agreement has been reached.

With Stephan Lichtsteiner released and Hector Bellerin out with a long term injury, it is entirely feasible that Jenkinson is in Unai Emery’s plans for next season, if only solely for the upcoming campaign.

Following Aaron Wan-Bissaka’s move from Palace to Manchester United, the Eagles are in the hunt for a new right back. Jenkinson impressed in two separate loan spells at West Ham in 2014/15 and 2015/16 and Roy Hodgson is believed to be a fan of his, having called him up to the England squad in 2012.

Both clubs have been tight-lipped on any developments thus far, and it is not known what price tag the Gunners have put on his head.

Verdict: Possible, either as a sale or part of the Zaha deal. The move would suit all three parties and an offer of £50 million plus Jenkinson may turn the heads of Palace’s management.

Very similarly to Carl Jenkinson, Calum Chambers enters 2019/20 with no guarantees over his playing time at the Emirates. Having spent last season on loan at Fulham – winning their player of the season award – Chambers has made just 13 Premier League appearances for the Gunners in the last three seasons.

He is likely valued higher than Jenkinson owing to recent form and the fact that he is three years younger. Impressing as a defensive midfielder with experience of playing at both centre back and right back, his added versatility makes him a hot prospect should he be deemed surplus to requirements by Unai Emery.

Chambers is yet to court public interest from outside of North London as of yet, but may well be on other teams’ radar. It also remains possible that Arsenal have made clear their intentions to play him this season.

Though no reports have linked Chambers with a move to Crystal Palace, his extra value in comparison to Carl Jenkinson may convince Arsenal to attempt to pawn Chambers off and pay a smaller fee.

Verdict: Unlikely, but don’t rule it out. Whether Arsenal intend to use him or not, it has been a long time since he has played at right-back, the position the Eagles need to fill urgently.

While every player has their price, few others are considered likely to leave the Emirates this summer. Though Laurent Koscielny and Sokratis Pastathopoulos are both over 30 and Koscielny is entering the final year of his contract, talk of an exit has been quiet.

There remains uncertainty around 33-year-old Nacho Monreal however, who has been linked with Real Sociedad amid confusion over his contract. Should such rumours prove fruitful, Monreal’s age will likely make any fee nominal, with the savings in wages probably more significant to the club.

After a torrid 2018/19, Shkodran Mustafi is not on many Gunners fans Christmas card list, but the 27-year-old German appears set to stay at the Emirates. It is likely a wise move given the imbalance between the youth of Chambers, Rob Holding and Konstatinos Mavropanos and the experienced heads in the Gunners’ current defensive cohort.

In midfield, Mesut Ozil, Granit Xhaka and Henrikh Mkhitaryan would likely all fetch substantial fees if clubs came calling, but astronomical wages and contract situations appeared to have warned suitors off.