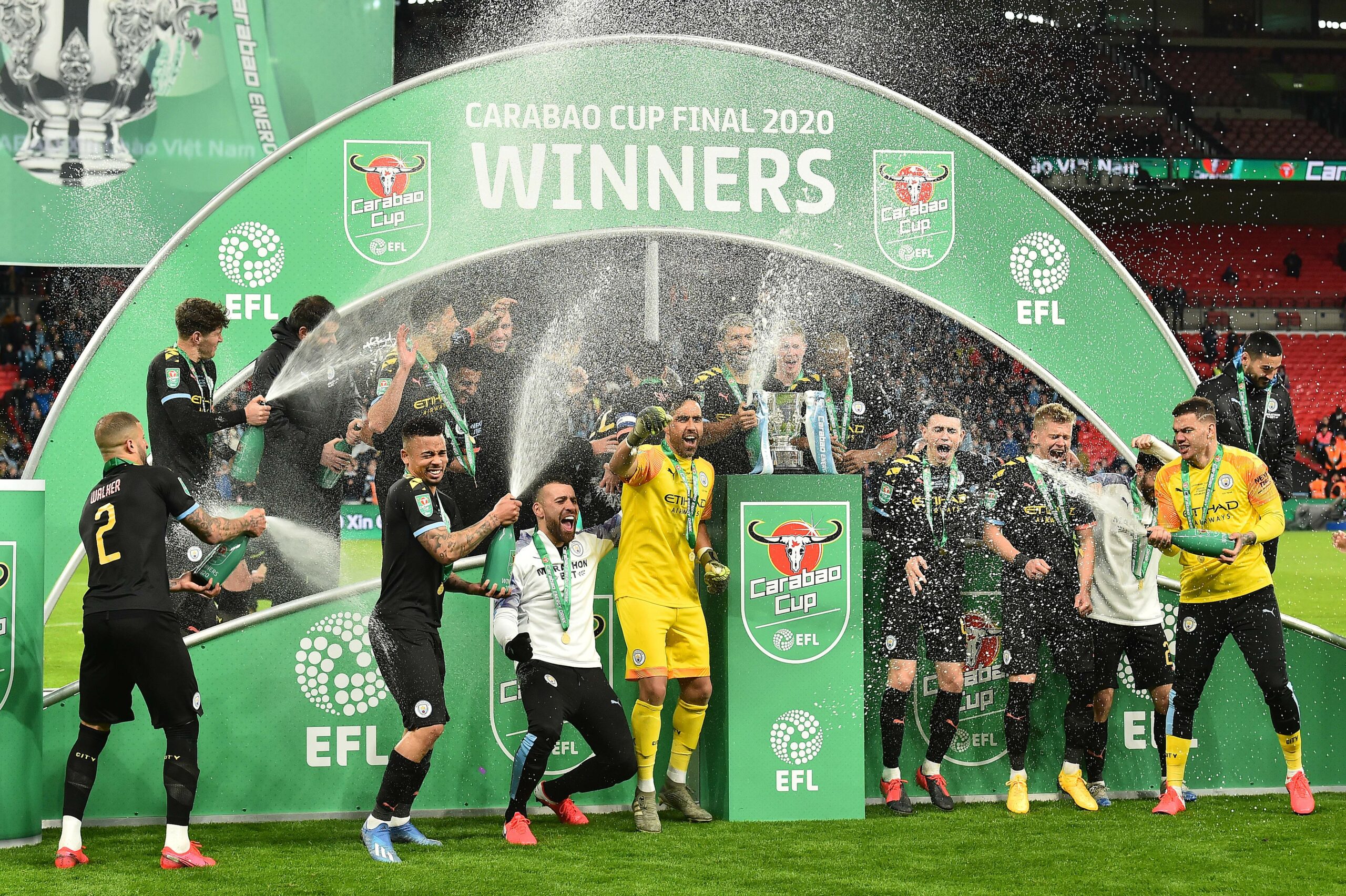 Sergio Aguero put the reigning Champions ahead early on before Rodri netted a controversial second to double Cities lead. Mbwana Samatta gave Villa a lifeline before the break, capitalising upon a poor John Stones mistake before Bjorn Engels was denied by a fantastic save from the veteran keeper Claudio Bravo late on.

In the end, City showed their dominance and held out to claim their third League Cup victory in as many years.

As periods of dominance go, the English league hasn’t seen many teams like this City side in the last ten years. From record-breaking Premier League points tallies, to quadruple domestic trophy campaigns, the Sky Blues have had an unrivaled dominance over English football in the past decade. Their dominance showed once again as they went about seeing off a spirited Villa side with an incredibly professional performance, not letting any complacency slip into their game.

In what has been a less than impressive season for City, this League Cup victory will mean more than what it probably has in recent years. Having almost lost their title as Champions of England, the cup run has been a welcome break from the inconsistent performances City have come to expect. With the likes of David Silva playing his last season in Sky Blue, and with the looming prospect of star players leaving if their Champions League ban doesn’t get overturned, the City faithful will embrace this victory as potentially one of the last times they will see this dominant ensemble of players lift silverware together.

Life for a Villa fan can’t be very good at the moment. Having lost the League Cup final, as well as sitting in 19th place in the Premier League, things are not on the up for the West Midlands side. However, there are many positives that the Villa faithful can take from their defeat.

Villa played with a spirit and desire, particularly in the second half, that has been so clearly lacking in the past few games. They looked dangerous at times against a gargantuan City side, who were riding high fresh off the back of defeating Real Madrid in their own back yard. Villa are still missing the likes of John McGinn, Tom Heaton and Wesley; however, with the Scot back in training, he will give the Villans a much-needed boost heading into the tail end of the season.

Bravo’s impossible save late on to deny Engel’s effort crushed Villa hearts at Wembley, however, if Villa perform as they did in this game for the rest of the season, they have more than a fighting chance of retaining their status as a Premier League side next year.

The first of many for City?

Excluding the Charity Shield, City picked up their first piece of silverware this season, on their quest to retain their quadruple of last campaign. However, it’s not just domestically that City are starting to impress. With a 2-1 victory at the Bernabeu in midweek, City’s fight for the Champions League title under Pep Guardiola looks to be in full swing. Should City beat their Spanish counterparts in the return leg, they could be on for a fantastic run in the competition, before being banned from it for two years.

With the league now almost out of sight, City will most likely focus on retaining the FA cup, as well as achieving their ultimate goal, and securing the Champions League trophy.

Manchester City head into the fifth round of the FA Cup, before travelling the short distance to face rivals Manchester United in the Premier League. Aston Villa will look to start fighting their way out of the bottom three with a trip to Leicester.