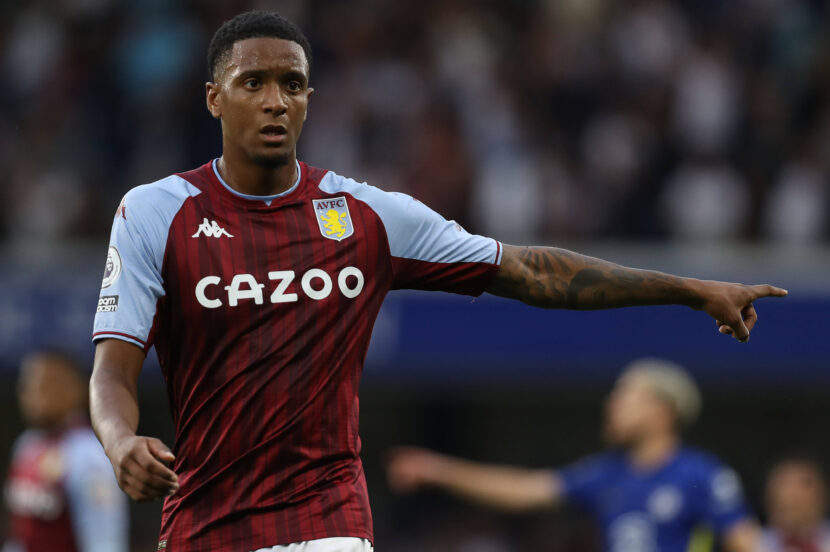 The most played fixture in English football returns for another round, as Aston Villa host Everton.

Football returns to Villa Park as Aston Villa host Everton. The two sides come into the tie having had very different starts to their respective campaigns, with Everton yet to lose and Villa languishing in mid-table with only one win to their name. However, the two sides are well-matched on paper, and viewers should expect to see a well-contested affair.

Aston Villa head into the tie off the back of a disappointing, yet somewhat promising defeat to European champions Chelsea. It can be argued that Chelsea’s world-class players made the difference, with a 3-0 scoreline hardly reflecting the one-sidedness of the affair, particularly in the first half. Villa played their best football all season and was unlucky to come away, having not scored, let alone won the game.

Defensive errors and questionable refereeing decisions didn’t help the West Midlands side; however, they have an opportunity to take the momentum from that performance and gain a result in front of a full capacity Villa Park. The Midland’s side will be handed a huge boost, with Emi Buendia and Emi Martinez set to return to the squad following their quarantine. The pair controversially travelled to Argentina for international duty, only to be detained in Brazil for breaking quarantine rules.

Villa missed the Argentinian duo against Chelsea, and their return marks the first time this season where Dean Smith will have a full-strength side to choose from. Villa’s start to the season has been hampered with injuries and COVID-related absences, and we are yet to see the full strength of Smith’s post-Grealish Villa side. It will be interesting to see whether Smith lines up again in the 5-3-2 formation he surprised many with against Chelsea or returns to his more favoured 4-3-3, enabling the addition of another attacking option from the list of seemingly endless Villa forwards deserving of a start.

Rafael Benitez’s start as Everton manager may have put to bed any doubts as to where his allegiances lie with the Toffee’s fanbase. The Merseyside club has been electric, winning three of their first four games, toppling some of this season’s other impressive sides, such as Brighton. The Spanish veteran hasn’t entirely transformed Everton’s playstyle in the four games he has managed over them so far, yet in his own words, his players are ‘giving everything’ for the cause. In contrast to Benitez, the player’s commitment to both the club and football philosophy was often hotly debated under Carlo Ancelotti.

Everton’s victory on Monday against Burnely reflected Benitez’s confidence in his players, and they rewarded him, coming back from a goal down to score three times in six minutes. Sean Dyche’s side was by far the better of the two in the first half and dominated large spells of the game. However, Benitez trusted the side he’d started with, tweaking the positioning of the lineup in the second half to produce a display that blew Burnley out the water. Goals from Michael Keane, Demarai Gray and a screamer from Andros Townsend handed the Toffee’s their third win of the campaign.

Benitez will arrive in the West Midlands with full confidence in his side to earn a result. Everton has had a much better start to the season than Villa, and with the unlikely heroes Gray and Townsend in fine form, the Toffee’s shouldn’t have too much trouble in causing Villa grief. The absence of Dominic Calvert-Lewin could hamper Everton’s attack. Yet, Solomon Rondon, who has been so successful under Benitez at Newcastle, will be raring to make his first start at Everton.

Dean Smith should be able to field a full-strength first eleven this weekend. Emi Martinez and Emi Buendia are expected to start. Carney Chukwuemeka and Jaden Philogene-Bidace are both out after sustaining injuries during international duty; however, their impressive appearances have been more out of necessity this season.

Dominic Calvert-Lewin is the big miss for Everton, with the striker suffering from both a quad injury and a broken toe. Fabian Delph will also miss the opportunity to face his former side with a shoulder injury.

Despite having a full-strength side, Villa hasn’t had a lot of time to integrate all their new signings into the same eleven and may still be finding their feet against Everton. The Toffee’s form under Benitez has been fantastic, and they should have the capability of beating Villa on their own turf. Everton to edge this one.