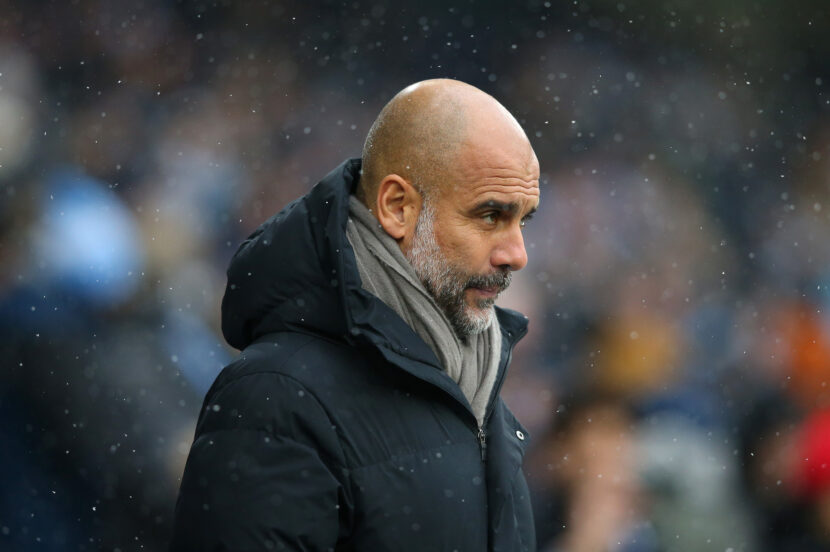 The December fixtures begin to roll in thick and fast, with Steven Gerrard’s Aston Villa hosting reigning champions Manchester City in both sides’ first-midweek league game of the season.

Steven Gerrard will undoubtedly face the most difficult challenge of his managerial career as his resurgent Villa side face Manchester City. Gerrard has had a bright start to life as a manager in English football; however, the disparity between his side and Pep Guardiola’s City is much greater than anything he has faced before. A potential return to Villa Park for Jack Grealish could add an extra dimension of drama to what will already be a tightly contested affair.

Gerrard admitted he has only been able to face the fixtures as they have come. Despite labelling his new side’s performances as “not perfect”, he has managed to take six points from six, steering Villa away from the nosedive of their five consecutive defeats to a steady mid-table position. Gerrard must continue the momentum he has built if Villa want to deliver on their targets of European football come to the end of the season. The Liverpool-born manager has achieved his first goal of getting points on the board. However, with a tricky run of fixtures, including games against City, Leicester and Liverpool in the next 10 days, Gerrard must prove Villa’s new form is not a flash in the pan.

There is more to suggest that Villa’s last two wins were more than a ‘managerial bounce’. Having only spent six days with the side prior, their victory against Brighton displayed some of Gerrard’s core managerial principles, with these being later refined in their more dominant display against Crystal Palace. The main turnaround from Dean Smith’s tenure has been Villa’s defensive output, greatly helped by their impressive midfield, which arguably won Villa the game against Palace on Saturday. The trio of John McGinn, Jacob Ramsey and eventual Man of the Match Marvelous Nakamba provided the perfect balance of defence, attack, and pressure in the middle of the park, adding a sense of dynamism not seen in a Villa side since early parts of the 20/21 campaign.

While Gerrard has begun to implement dynamism on the pitch, he will need to display the tactical dynamism he vowed to deploy during his tenure this Wednesday. His set up against Brighton, and more particularly Palace, will be difficult to utilise against a well-oiled City side, who will look to dominate possession and the run of play at Villa Park. Whilst personal don’t necessarily need to be changed, Gerrard may opt for a more reserved set-up. Matty Cash and Matt Targett may stay as more traditional full-backs, leaving the attacking effort to the quicker forward line of Ollie Watkins and Leon Bailey. However Gerrard decides to set up, it will be fascinating to see one of the Premier League’s greatest players match up to one of its greatest managers.

Guardiola’s Manchester City side have had somewhat of an understated start to this Premier League season. Despite a notable defeat to neighbours Manchester United, the Citizens have been their usual self, playing high scoring and dominant football. Yet despite being only one point and one place behind impressive league leaders Chelsea, not much has been said of their season so far, a compliment to their exemplary standards.

City battled through the troublesome conditions to win 2-1 against Champions League contenders West Ham, in what was ultimately a routine win for the reigning champions. Ilkay Gundogan and Fernando secured the result with goals from midfield; however, the game will most likely be remembered for the heavy snow than any drama on the pitch. The victory meant City has now won their last five on the bounce in all competitions and prepare to face a Villa side who have not beaten them since 2013. Guardiola’s side will not be in for an easy ride, with the momentum behind Gerrard’s appointment high. Villa have scored in every game this term and will pose a threat to City’s backline. The better defence could well decide the game on the day.

The main storyline of the fixture would have undoubtedly been Jack Grealish’s return to Villa Park for his first game against his boyhood side, which he left for City this summer in a record deal. However, the Birmingham-born winger has been injured for a few weeks, struggling with what well could be the same shin injury that plagued his final three seasons in Claret and Blue. Guardiola may be forced to play a somewhat hampered lineup; City have a large number of injuries, suspensions and fatigue to deal with. That shouldn’t be a problem when preparing the side to face Villa with a squad as deep as theirs, yet it could pose some difficulty to Guardiola as City’s fixture list congests further over the festive period.

Douglas Luiz may feature after escaping a red card upon his return to the side last weekend. Trezeguet and Bertrand Traore have been training with the side but are some weeks away from match fitness.

Jack Grealish will most likely be unavailable to face his former side. Kevin De Bruyne isn’t expected to be fit following his return from COVID-19, while City will make a late judgement on the fitness of Phil Foden and Ferran Torres. John Stones will most likely replace a suspended Aymeric Laporte.

Aston Villa will be a tough team to beat, with Gerrard instilling some defensive solidity into their game since his arrival. City, despite their injuries and Villa’s new managerial momentum, should have enough talent to topple the Midland’s side.