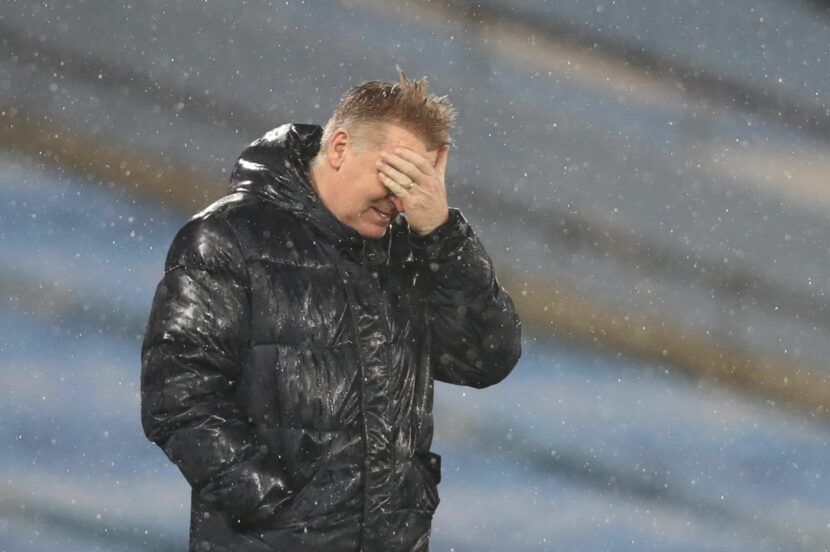 Aston Villa host Newcastle in this weekend’s standalone fixture; a game which was meant to go ahead almost two months ago but was delayed owing to a spike in COVID cases within the Tyneside outfit’s squad.

Both Villa and Newcastle have had fixtures postponed due to respective COVID-19 breakouts, but finally will face each other this weekend. Suppose the tie’s circumstances weren’t already strange enough, Dean Smith’s suspension will likely result in John Terry managing Villa against Steve Bruce, the manager he played under at Villa four seasons ago.

Villa head into this weekend’s affair on the hunt to reclaim points as they begin to play one of their three games in hand over their league competition. Currently sitting in eleventh, the Midlands side could be in the Champions League places if they had won the three games they have missed, illustrating their almost ‘false’ position in the Premier League table.

Having been four games behind before the midweek, Villa failed to capitalise on their return to action since the new year, suffering defeat controversially against Manchester City. The legality of Bernado Silva’s late opener was hotly debated before another controversial penalty decision saw City walk away 2-0 winners. Despite suffering defeat in their game first back since their COVID-19 outbreak, Villa put in a fantastic performance, and there are many positives they can take as they host a struggling Newcastle side.

Looking ahead to this weekend’s fixture, Villa enter the tie as firm favourites, looking to pick up their first victory since boxing day. The return of Ross Barkley to central midfield gives the Midlands side a considerable boost in attacking output, and with Anwar El Ghazi rested against City, Villa could have flexibility in attack to great for Newcastle to handle.

Villa’s opponents this weekend travel to Villa Park in freefall. Steve Bruce’s Newcastle come into the tie as the worst team in the league based on form, having lost their last three Premier League games, picking up two points from their last 21 available. One goal in their previous five Premier League games is quite possibly the most alarming statistic facing Bruce, as it reflects the far from acceptable standard of football on display. With the league table so tight, Bruce is treading on thin ice, with relegation a realistic possibility.

Looking into Newcastle’s chances of getting a result this weekend, on paper, they are slim. Villa boast one of the most effective defences in the league, meaning Bruce’s floundering attack with have their work cut out form them if they are to outscore the Midlands side. Bruce, known for his defensive brand of football, will most likely look to soak up the home side’s pressure, and use the pace and trickery of Wilson and Almiron to catch the Villa backline off-guard. With some of Villa’s defence prone to the odd mistake, as well as Dean Smith’s suspension, there is hope if Newcastle look to use this gameplan.

With up to nine players testing positive for COVID-19, some may be rested or unavailable for the Newcastle fixture. John McGinn will miss the tie through suspension, as well as Dean Smith, who will be absent from the dugout following his red card against Manchester City.

Dwight Gayle and Ryan Fraser are back in contention following illness and suspension respectively. Allan Saint-Maximin has returned to training, but will most likely miss the Villa tie.

With Newcastle in poor form, and having not scored in their last five away games, Aston Villa should take advantage of this to come away with three points.