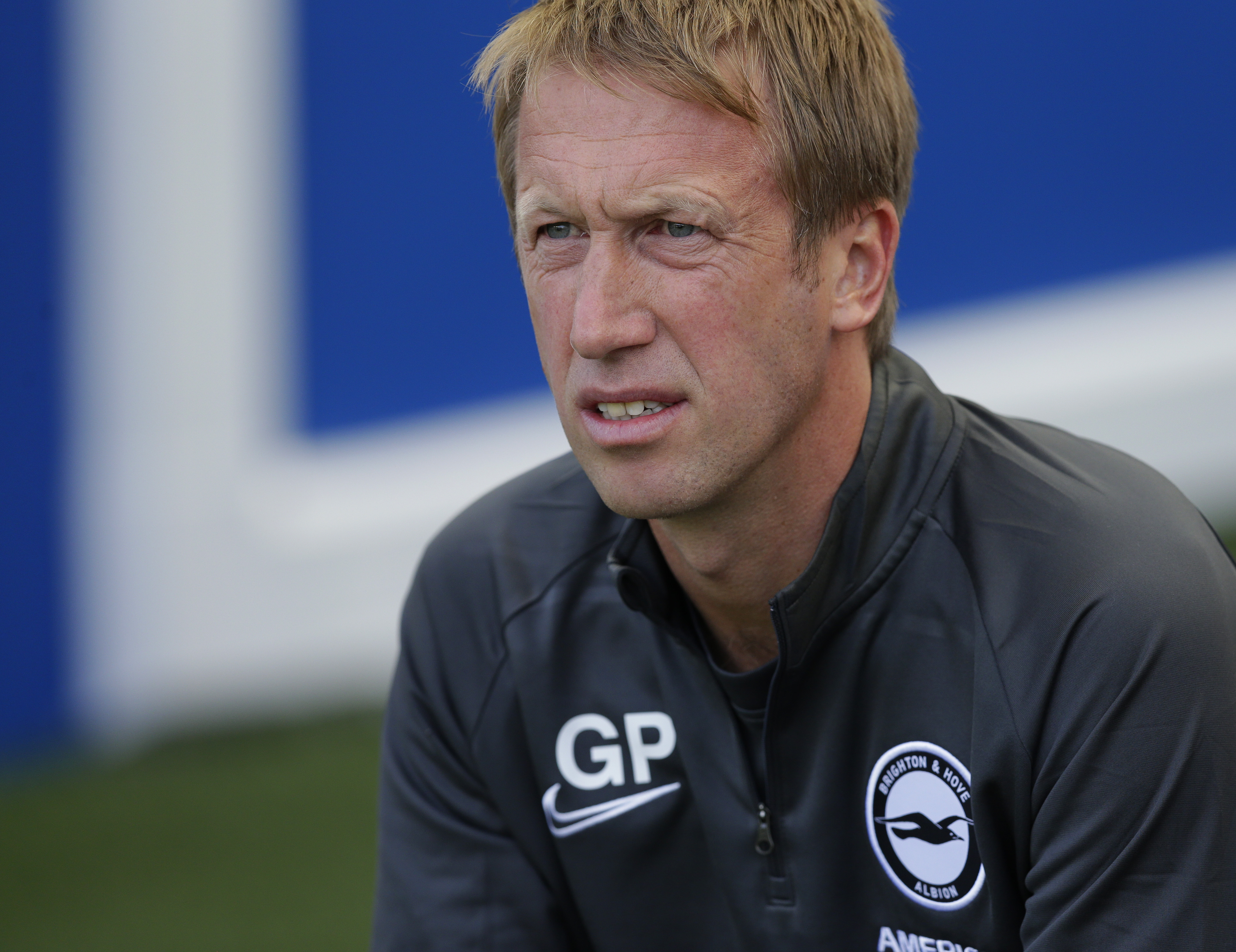 Brighton: how the Seagulls are settling into their new identity under Graham Potter

Brighton and Hove Albion have had several ups and downs since Graham Potter replaced Chris Hughton as head coach before the commencement of the 2019/20 season.

The 44-year-old manager had managed Swedish club Östersunds FK for eight years before joining Swansea City for a term in the Championship. A surprise move in May saw him manage a Premier League team for the first time in his career, with Brighton being the benefactors of the deal.

The south coast outfit’s most recent conquest saw them breeze past Tottenham Hotspur by three goals to nil, freely scoring in inventive ways while subsequently nullifying any threat Spurs had on their goal. Both of Brighton’s league victories under Potter have ended 3-0, but the Seagulls have also suffered defeats to Southampton, Manchester City and Chelsea while scoring just twice in the period between the victories over Watford and Spurs.

In short, you don’t really know what you’re going to get as a Brighton fan when the team walks out onto the pitch. Potter switched up the formation and style against Spurs, but not for the first time this season. The match undoubtedly saw Brighton put on their best performance of the season, but will the head coach stick with the same tactics as the season progresses, or will we see him develop the original three-at-the-back system that served him well in Sweden?

A good time to be playing Tottenham?

Taking nothing away from Brighton’s performance last Saturday, you wonder whether the tactics employed by Potter were exclusively enough to best Spurs by such a large margin.

The lethargicness of the away side’s defenders made it relatively simple for Brighton to create chances, but tactical awareness was still needed by both the manager and the team themselves to get the job done.

The Spurs team looked like they were trudging through thick marshland at the Amex Stadium, but Brighton exploited the gaps created with excellent team play. The movement in the final third was jolting and experimental, but organised all the while, with players continuously getting into positions where they could receive the ball with maximum probability. As a result, there was always at least one option going forward; always one more pass to be made if needed.

Grit and determination was extremely important as well, and this was aided by the confidence gained by scoring a goal within the first four minutes, albeit mostly due to a horrendous error from Hugo Lloris. Aaron Mooy epitomised this boost in confidence by playing some outrageous passes forward when under pressure, displaying astute awareness that many in the squad also had on the day.

On top of this, Brighton were able to win almost all of the 50/50’s in the match, especially in the first half, whether they were in the air or along the ground. It got to the point where the attackers fully expected their central defenders or midfielders to win the ball and move it forward and every single player was switched on as a consequence.

On the reverse, Spurs players only seemed to jump into action when there was an immediate threat to their sector of the pitch, and not when Brighton players were making movements off the ball. This rigid structure was subsequently Spurs’ downfall.

Comparing this result to the 2-0 defeat to Chelsea in the week before, you could see that the team had made a point of being more imposing on the ball, and they believed that they could demolish Tottenham from the get-go. Playing against a team that had suffered a thrashing in midweek meant that Brighton were able to express themselves, sensing that Spurs were low on confidence.

One may think that a comparison with Brighton’s 3-0 victory over Watford on the opening gameweek of the season would be a valid link to make. However, that particular victory seemed to be a lot more gritty and the scoreline may have flattered Brighton somewhat – not to mention the fact that Potter deployed an entirely different system for that match.

Brighton had to put themselves through far less last-ditch defending against Pochettino’s men than against the Hornets and not just because of the lack of penetration from Spurs, but also due to increased organisation in their own half of the pitch. The changes that the manager made to the team seemed to work perfectly on the day but, since this was only their second win of the campaign, was there any tactical genius behind the setup, or was there an element of luck involved?

Last Saturday’s match against Spurs was the first time this season that Graham Potter has employed a formation with four defenders – two centre-backs and two full-backs. Traditionally, Potter has favoured a back-three with wing-backs that allow for adaptability and a smoother transition from the defensive phase to the attacking phase.

However, since the formation was 4-4-2, Neal Maupay and Aaron Connolly were able to play adjacent to each other, with the latter starting his first game for Brighton. With both these players being natural – but crucially adaptable – strikers, there was an added fluidity while the ball approached substitute, Paulo Gazzaniga’s box.

On top of this came the ability to press high which, against a team that likes to play out from the back but is currently struggling to do it with any composure (Tottenham certainly fall into this category), is always likely to reap rewards and end in decent goal scoring chances.

On the defensive side of things, one less central defender does require slightly more organisation at the back, but this seemed to play out well for Brighton on the day as the team opted for a zonal defence system. This also meant that when the defenders won the ball back, a more controlled counter-attack was possible, instigated by the central defenders Lewis Dunk and Adam Webster.

Whether or not Potter will continue to use this new system is currently unknown – their next match against Aston Villa, who put five past Norwich on their last time out, will present an entirely different challenge altogether and the Brighton manager may opt to revert to his more trusted 3-at-the-back system.

Having said that, consistency has been an issue for Brighton this season, and Potter may feel that a bit of stability in this respect will be reflected by the results of their upcoming fixtures, despite experimenting continuously with the squad in recent games. The Seagulls have won just two of their eight league games this season, leaving them in 14th position.

Aaron Connolly – part of the solution?

Not too many people have criticised Brighton’s attacking effort this season. Against Manchester City, Brighton certainly looked out to get a goal. Although they were expectedly on the wrong end of a 4-0 scoreline, it was perhaps the Brighton players’ application that resulted in a clean sheet for the current league Champions.

Connolly’s youthful energy and desire seemed to change that for Brighton last Saturday, with the 19-year-old celebrating his first Brighton start with two goals. Neal Maupay got the other goal, taking his tally to three this season. Both strikers acted as consistent threats to the Spurs goal, while also being versatile and able to open up inventive, wider possibilities when called on to do so.

Former Huddersfield player Aaron Mooy was arguably the man of the match at the Amex while playing in left-midfield, but it was the link he formed with his namesake that allowed the Australian to make so many piercing passes forward. Mooy, unfortunately, didn’t get an assist for either of Connolly’s goals, but it was clear the threat that the pair possessed when they linked up. Against Chelsea, Connolly was substituted for Mooy and neither of the two had a great effect on that match. Playing the Aarons together seemed to add an extra avenue to attack through.

As mentioned earlier, Aston Villa are Brighton’s upcoming opponents – a team that have already beaten the Seagulls 3-1 in the League Cup this season. It will be interesting to see whether Graham Potter employs the new system that allowed them to walk all over Tottenham. Villa pose a big threat going forward themselves and the fixture has the potential to be a tasty one.