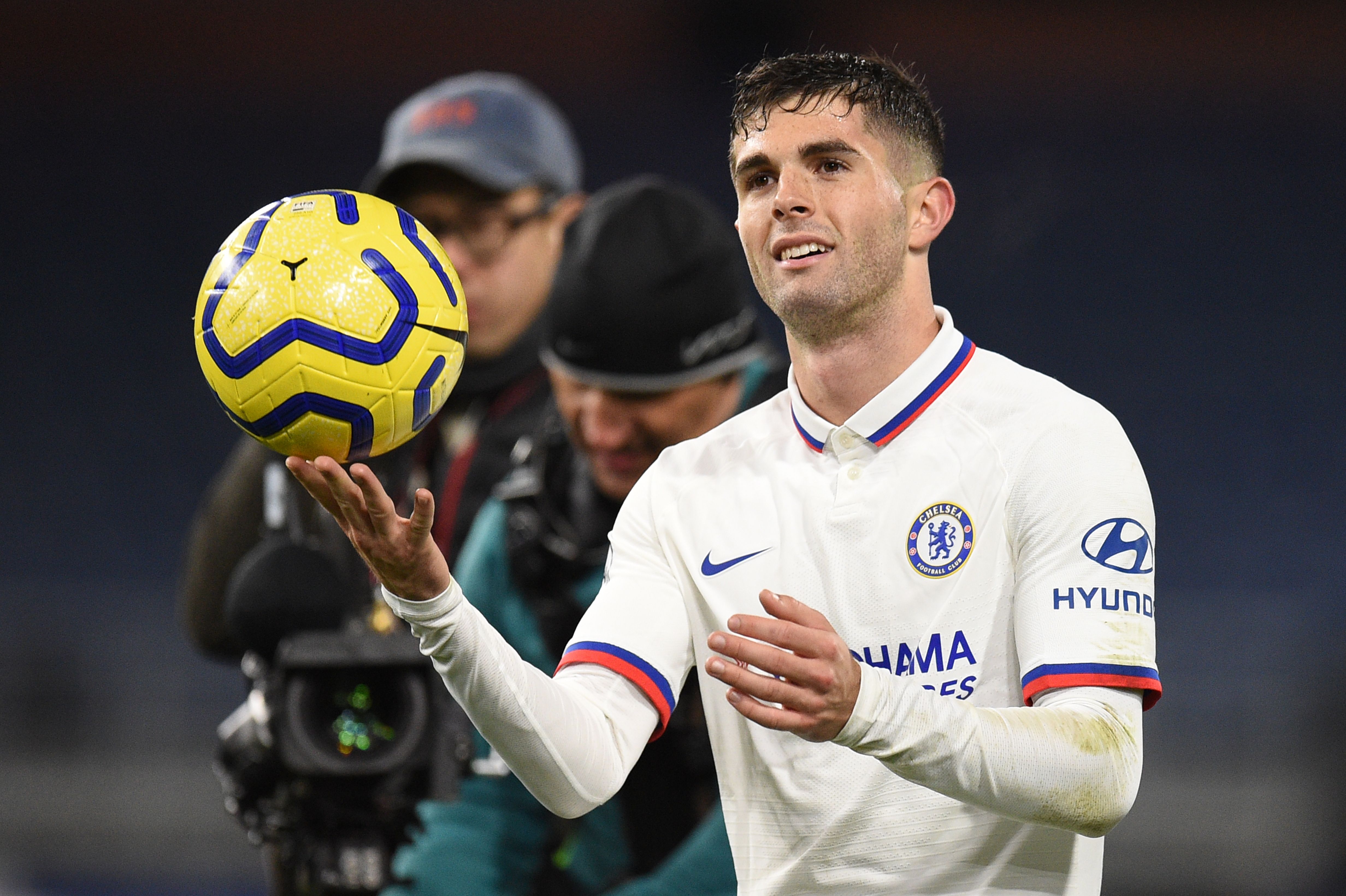 The Blues emerged victorious after new boy Christian Pulisic scored a wonderful hat-trick before Willian added a cherry on top to cap off another away win for Lampard’s men.

Burnley clawed their way back with two late goals, a long-range stunner from Rodriguez and a deflected strike from McNeil, but it was too little too late for the hosts as they suffered a home defeat.

The match started as most had expected with Chelsea taking the game to the hosts with fast movement and slick passing. Pulisic scored two fine goals in the first half, one with either foot before completing a perfect hat-trick with a headed goal in the second half. Willian finished a fluid move to put the match to rest as most thought it was done and dusted. But Chelsea allowed the hosts to get back with two late goals which could have provided a scare for the Blues if not so late.

Christian Pulisic came to Chelsea in a high profile transfer worth almost 58 million pounds, bringing with him a lot of hopes and expectations. As the season commenced and Lampard started forming his favoured XI which involved the likes of Abraham, Mount, Tomori and others, question marks started appearing with regard to Pulisic being benched for most games.

Having said this, Lampard had mentioned multiple times in his pressers that the American will be given a lot of chances in the future and he needs a little time to get used to the pace of the English game. At Turf Moor, he more than silenced anyone who would’ve questions his credentials with an outstanding hat-trick.

Pulisic was at the heart of most moves going forward and could’ve had his name next to the assists column as well if some of them would’ve gone in. He showcased that he’s not just a creator but is also very dangerous in front of goal. Some clinical finishing and intelligent decisions made him end up with the match ball.

With the match out of reach of the hosts after a 4-0 lead, Dyche’s army scored two late goals in the 86th and 89th minute. The first goal albeit a stunner by Rodriguez shouldn’t have been if he wasn’t allowed so much space by the Chelsea midfield and defence to shoot. The second went in as Tomori deflected McNeil’s effort into the back of the net.

Chelsea were lucky at times with Ashley Barnes coming close on a number of occasions as well. The Blues have time and again shown their attacking prowess this season but have failed to keep cleans sheets due to conceding later on in games. Zouma and Tomori have played the last few games together as centre-backs and they seem to switch off a bit during the final moments of the game which can be catastrophic in the future as they won’t have four-goal leads in every game.

Mason Mount showed once again why he’s a pivotal part of that dynamic Chelsea midfield. He looked electric the whole game and created a lot of promising moves as well. The young Englishman was at his best once again as he put together quick passes and showcased fluid movement in the attacking third.

Lampard’s blue eyed boy has slowly become a vital cog in the Chelsea machine. At the centre of most attacks, Mount has not only shown his maturity and skill in attacking third but has gradually become smarter at intercepting opposition attacks and pressing from the top. A lot of critics had questioned his inclusion in the starting XI at the start of the season but he has slowly but surely silenced those critics.

Sean Dyche has always been known for his brand of solid and no nonsense football. But since the last season, Burnley have not looked as great defensively as one would’ve expected. Turf Moor, once a defensive fortress is slowly becoming a not so daunting place for visitors.

With most of the backline the same, the problems have arisen from the fact that opposition teams have understood what spaces to exploit better. The full back-spaces are one of those areas as Lowton and Pieters sometimes have trouble tracking back which gives opposition wingers a lot of open space to exploit.

The Burnley midfield has also gone through a lot of change due to injuries which has removed the stability which they have been known for. If they can tighten up the midfield a bit better and focus on some of their weaknesses, they will certainly be able to bring back the defensive edge which they are known for.

With in-form striker Chris Wood missing due to a hamstring issue, a lot of responsibility fell on Ashley Barnes to deliver the goods which he unfortunately could not as he missed a couple of golden opportunities at a period in the game when Chelsea were just one goal up.

The injured New Zealander has recently become their go to target man, dangerous in the air and clinical in front of goal. He was definitely missed on Saturday evening as he would’ve provided the Blues defence with a much bigger threat than Barnes and Rodriguez were able to provide. Dyche will be hopeful that his striker is back in the mix soon and can pick up from where he left of.

Burnley travel to Bramall Lane to face a defensively solid Sheffield United side while Chelsea will be on the road once again, this time to face bottom of the table Watford at Vicarage Road.