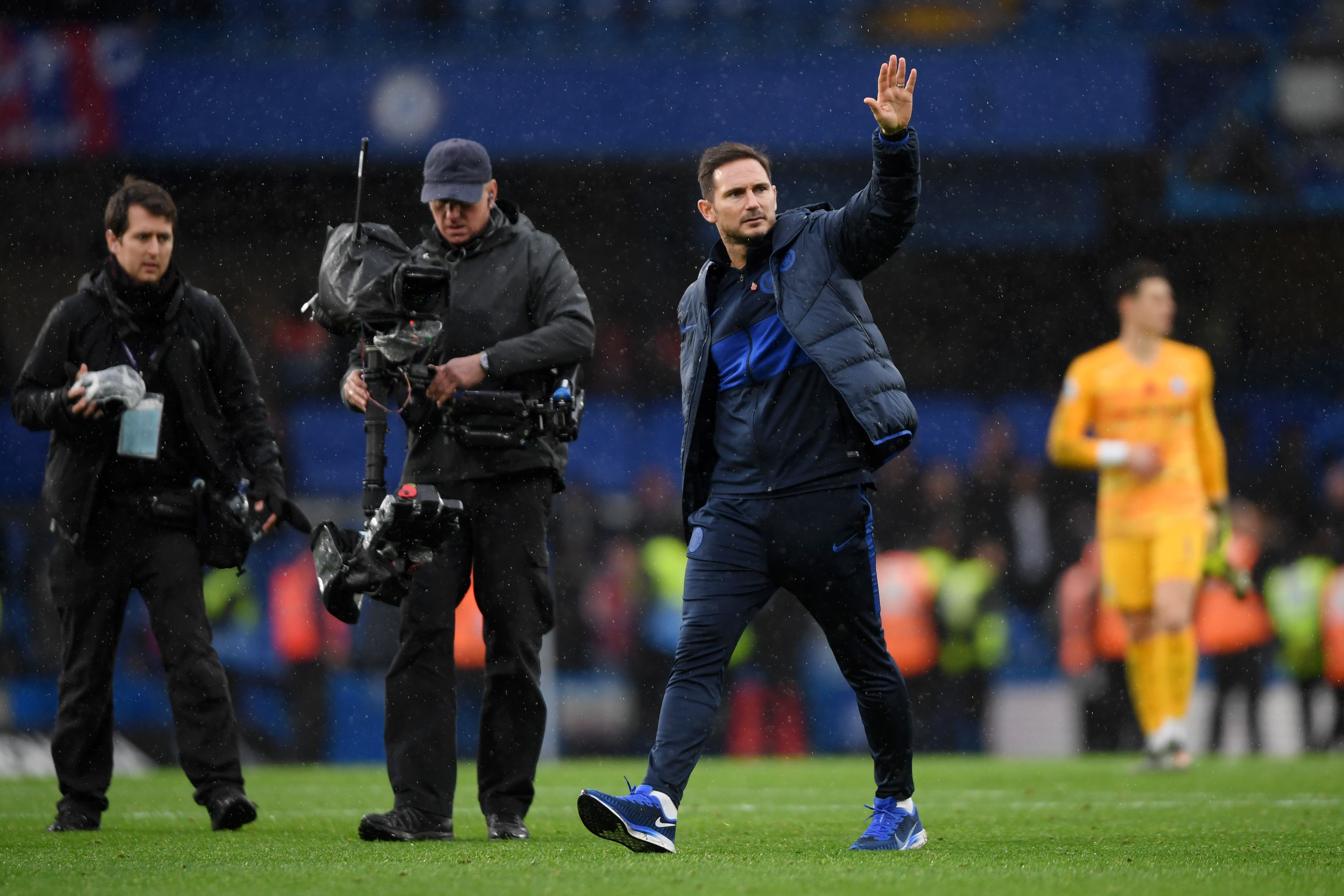 A solid win over Roy Hodgson’s determined Crystal Palace side saw Chelsea climb to third place in the table, overtake Manchester City and take a sixth win from their last six games as Frank Lampard’s young side continue to build on their magnificent early season form.

Before the game even started Chelsea had broken a record. Their starting XI was the youngest ever fielded by a blues side, with an average age of 24 years and 88 days, which was also the youngest starting team in the Premier League this season. This young side was built on academy graduates such as Mason Mount, Fiyako Tomori, Tammy Abraham and, Chelsea’s youngest ever Champions League goalscorer as of last Thursday, Reece James.

Lampard’s use of youth this season has not failed him thus far, and Chelsea were unfortunate not to bag themselves a goal in an intense first half. Both Christian Pulisic and Willian both saw chances blocked or saved in the six-yard box and they went into the break fully on top without anything to show for it.

This all changed only six minutes after the break, when a clever flick from Brazilian Willian put Tammy Abraham clean through on goal and an assured finish from Tammy Abraham brought his season tally up to ten and on-par with Jamie Vardy (who has since reclaimed his golden boot lead).

Palace tried and failed to spark a come-back, and Chelsea’s dominant saw them continue to dominate. Christian Pulisic’s fantastic performance was capped off when he headed in a deflected shot just before he was substituted, with yet another academy graduate in Callum Hudson-Odoi coming on. The remainder of the game was seen out by Lampard’s side with ease, as the Eagles found themselves almost wholly outclassed and only managed three shots on target in the whole game.

In the end, Palace stood little chance at claiming anything at Stamford Bridge and this loss, their second in a row, sees them fall down to twelfth. Another win for Chelsea brings their points total to an impressive 26 points from 12 games, the same number as second-placed Leicester who are only ahead by virtue of their admittedly impressive goal difference.

“Trust in Youth Paid Off”

These were Frank Lampard’s words in his post-match interview and, at the moment, nothing could be closer to the truth. His insistence on playing young players and academy graduates have seen those players he selected improve immensely into Premier-League class players already. Tammy Abraham has scored more goals than Harry Kane or Raheem Sterling have this season, Mason Mount is already in the contest to be England’s starting creative-midfielder and Fiyako Tomori has slotted into the term perfectly.

But his preference for youth was perfectly epitomised by the decision to start Reece James at right back. His much senior counterpart, Cesar Azpilicueta, has been so good for Chelsea that he held the record for most consecutive starts in the league at 73 games in a row. Yet James was picked over him here, and while many questioned this considering he would be up against the tricky Wilfrid Zaha, James’ performance rubbed away any doubts.

Brimming with speed, physicality, and technical quality, the 19-year-old shut Zaha almost completely out of the game will also providing attacking quality down the right-hand side of the pitch. It was an extremely mature performance from such a young player is looking like he will make Gareth Southgate’s right-back choice even more difficult than it already is.

But in the scheme of this Chelsea team, James is just another success story. And it’s not just academy players that Lampard is making better, as shown by firstly Christian Pulisic, who put in another exhilarating performance, but also by Mateo Kovacic. The Croatian was an absolute menace offensively and defensively even without preferred pivot partner Jorginho and outran the whole of the Palace midfield. His sneaky summer purchase seems to be paying off already.

Crystal Palace’s performance was full of energy and commitment but unfortunately lacked much else, most decisively quality. Chelsea’s lack of goals in the first half was down mostly to some heroic defending by centre-backs Gary Cahill and James Tomkins, but a goal was always inevitable.

While Chelsea had a Lion’s share of the possession, Palace weren’t able to do much with it when they did get it. They created little, with even Wilfrid Zaha toothless in attack on a painful afternoon for the Eagles. It seems to be a growing issue for Roy Hodgson’s side, who suffered a similar fate last afternoon: after their defensive block was finally broken through by Leicester, they weren’t able to pose a threat at the other end and the game slipped out of view after the opposition scored a second. It was the same story on Saturday, and this trend of lacking an attack is starting to see Palace suffer.

A third loss from four games has brought them down to twelfth, and things may only get worse after the international break when they come up against a dominant Liverpool team. It seems hardly relevant, such is the situation, to mention they are at home. While they are safe from the relegation zone (for now), another loss may see them tumble even further down the table and make their sixth-place position only two weeks ago seem silly. Palace may need to wait until they play Burnley on the 30th of November to get a chance of a points-bearing result, but they could find the confidence needed for such a result to be utterly shattered by past results. This is surely one of Hodgson’s most defining moments as manager here – can he get Palace playing again after the test of the top five?

Man of the Match: Reece James

A dominating performance from the youngster, who commanded the right flank of the pitch and shut one of the Premier League’s most prolific players out of the game.

Chelsea head to the Etihad for a quite frankly massive game against Manchester City. Victory over the defending champions could open up a four-point lead between them and City and put Guardiola even further adrift from Liverpool. Palace, on the other hand, go home again but face what is pretty clearly Europe’s best side in Liverpool. The odds will be against them…but it would be foolish to count them out.