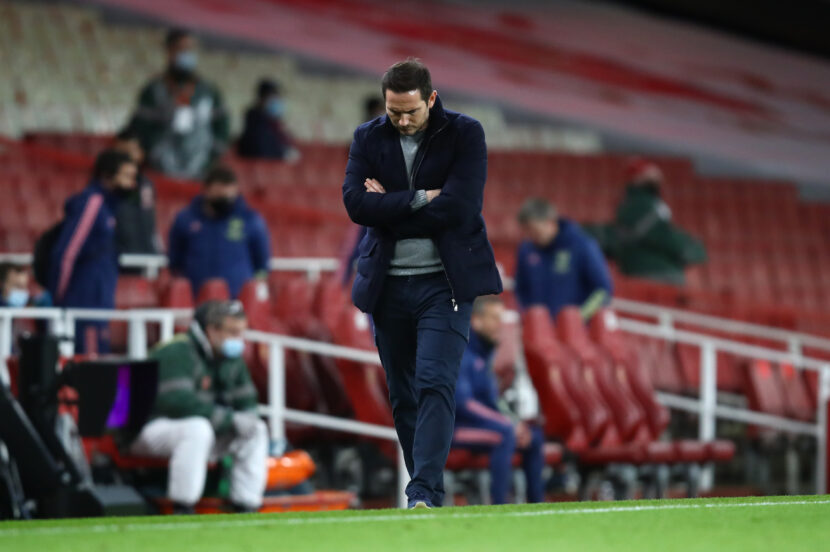 Chelsea look to return to winning ways today as they host an in-form Aston Villa side at Stamford Bridge.

The Blues return to Stamford Bridge as they host an Aston Villa side who have won three of their last four games. The two sides sit on equal points in 7th and 8th position; however, Villa have two games in hand over Monday’s hosts. Both sides have had impressive defensive outputs this season, and this affair could shape up to be a battle of the backlines. Last time out, Chelsea beat a significantly weaker Villa side; however, this time around the West Midlands outfit are a whole new team compared to last season.

Boxing day saw Chelsea’s run of poor form continue, as the Blues slipped further away from the top four. An unlikely Arsenal win means Chelsea have now lost three of their last five, picking up only four points in the process. A missed penalty and defensive errors saw an equally out of form Arsenal take all three points, leaving Frank Lampard with questions to answer as his bright side struggle to keep pace with the league leaders.

One factor that has been detrimental to Chelsea’s success this season has been integrating their new attacking talent. While their defensive acquisitions of Thiago Silva, Eduard Mendy and Ben Chilwell have settled in well, the likes of Timo Werner, Hakim Ziyech and Kai Havertz have failed to justify their hefty price tags. This has left Lampard to rely mostly on last season’s young talent of Tammy Abraham and Mason Mount to carry Chelsea’s attacking output. Lampard will need to find a way to get his frontline firing if he is to fulfill Chelsea’s top-four potential come May.

Looking at the clash with Aston Villa, Chelsea will need to be mindful of their Midlands opponent’s free-flowing attacking. The Villans have been in fine form in front of goal, boasting a supreme XG and form rating. Chelsea’s backline has been a shadow of that which we saw at the start of the season, and Lampard will need to look to the experienced heads of Silva and Azpilicueta to steady the ship and put a halt to Villa’s fluid attacking football.

Unlike Lampard, Dean Smith has exceeded all expectations with his young Aston Villa side this season. Currently, in 7th with two games in hand, Villa have the numerical opportunity to go second in the league once all games in hand have been played. An impressive 10 man display against Crystal Palace saw the Villans win their third game in four, keeping their fourth successive clean sheet in the process. The Midlands side were flying in that game, registering the highest XG within a Premier League game for two years, all while playing with 10 men.

Villa’s recent uptick in form highlights the fantastic job Smith has done in resurging outcast players in the absence of missing key personnel. Whilst Ross Barkley’s injury and Ezri Konsa’s illness looked to be a considerable loss for Villa; their replacements have been some of the most impressive figures in the side. Anwar El Ghazi’s attacking output has reminded the Villa faithful of the man who got them promoted two seasons ago. Kortney Hause has established himself as a top young centre-back, outperforming the more experienced Tyrone Mings over the festive period. Smith’s ability to integrate the sidelined players is crucial for Villa, who have a shallow squad, and will require their entire team to match the level of their first eleven if they want to make their European dreams a reality.

While many doubt Villa can sustain their European push for the whole season, their next five games could show Premier League fans what they’re made of. Chelsea, Manchester United, Tottenham and Everton face them in the league, sandwiched by a FA Cup trip to reigning league champions Liverpool. If Villa can come out the other side in a similar position to where they are now, many more will start to believe Dean Smith’s side could be in the top six come May.

Looking ahead to this Bank Holiday fixture, Villa will be without Ross Barkley, as he cannot face his parent club. It will be interesting to see who plays against the Blues, as Villa have named the same starting 11 for their last two games, both played within the space of a week. The likes of Jacob Ramsey, Conor Hourihane and Trezeguet could all feature, looking to show a similar resurgence in form as their teammates have done in recent weeks.

Hakim Ziyech may still be unavailable following a more extended return to fitness than expected. Reece James and Ben Chilwell are fit following recent injuries, but may not feature due to fixture congestion.

Tyrone Mings will miss the tie through suspension and Barkley through his inability to play against his parent club. Smith may make changes to his eleven, so Hourihane, Traore and Trezeguet could all start.

Chelsea have the better side on paper; however, recent performances suggest they may drop points here. Aston Villa have hit a purple patch and will undoubtedly take the game to the blues.