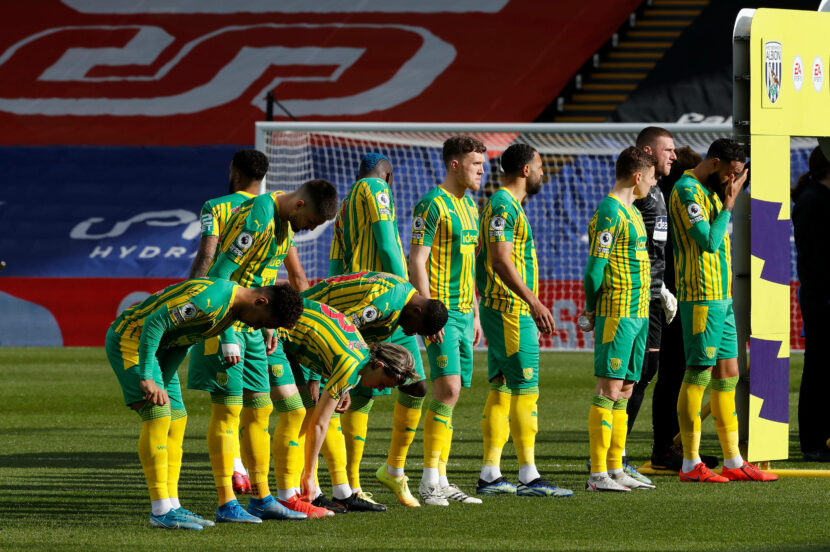 Both sides lost players to their national teams; the Blues particularly affected, with both managers set to carefully manage fatigue of returning squad members.

Thomas Tuchel’s side will be hoping to consolidate their place in the top four with one eye on their Champions League quarter-final first leg against Porto on Wednesday, while the Baggies will kick off 10 points adrift of safety with nine games remaining.

The reverse fixture was a remarkable 3-3 drawback in September, in which Tammy Abraham scored an injury-time equaliser to grab a point for the Blues, having been 3-0 down within half an hour.

Callum Hudson-Odoi will be assessed having returned home from international duty early, while Jorginho is expected to be fit after pulling out of Italy’s initial squad. Thiago Silva and Tammy Abraham could feature having been sidelined since before the international break. Ngolo Kante is the Blues only confirmed absentee, Thomas Tuchel confirming in his press conference that the Frenchman may not be fit for Porto either.

Edouard Mendy is expected to continue in goal ahead of Kepa Arrizabalaga, with Cesar Azpilicueta set to captain the side from the back either from right-back or right centre back. Tuchel strayed from his usual back three in Chelsea’s last Premier League game at Leeds but returned to his favoured formation in the following two games.

Kurt Zouma, Andreas Christensen and Antonio Rudiger look set to battle for the other two roles at centre back if Thiago Silva is rested, while England’s Ben Chilwell and Reece James face competition from the likes of Marcos Alonso, Emerson Palmieri and Callum Hudson-Odoi at left and right wing-back respectively.

Jorginho and Kante’s injury struggles may open the door for Billy Gilmour to partner Mateo Kovacic in midfield, while Tuchel faces several tough choices in attack. Christian Pulisic, Kai Havertz, Hakim Ziyech and Mason Mount all featured for their national teams over the last two weeks and will be carefully managed, while Tuchel confirmed that Timo Werner will start against the Baggies. Tammy Abraham and Olivier Giroud are also in contention.

Sam Johnstone will start in goal, with two of Semi Ajayi, Kyle Bartley and Dara O’Shea likely to start at centre back. Darnell Furlong and Conor Townsend appear to have established themselves as Sam Allardyce’s first choice right and left backs respectively and are likely to continue despite competition from the likes of Lee Peltier and Kieran Gibbs.

Okay Yokuslu enjoyed mixed success with Turkey but will anchor the Baggies’ midfield on Saturday. Conor Gallagher is unavailable to face his parent club and will likely be replaced by Jake Livermore to partner Ainsley Maitland-Niles in the centre of midfield. The wings look set to be occupied by two of Robert Snodgrass, Mateus Pereira and Matt Phillips, with Mbaye Diagne expected to lead the line.

The Blues look rock-solid under Thomas Tuchel and go into this one as huge favourites, but with one eye on midweek, and a squad full of tired players, the Baggies should not be written off. That said, I can’t see West Brom causing Chelsea any problems from open play.